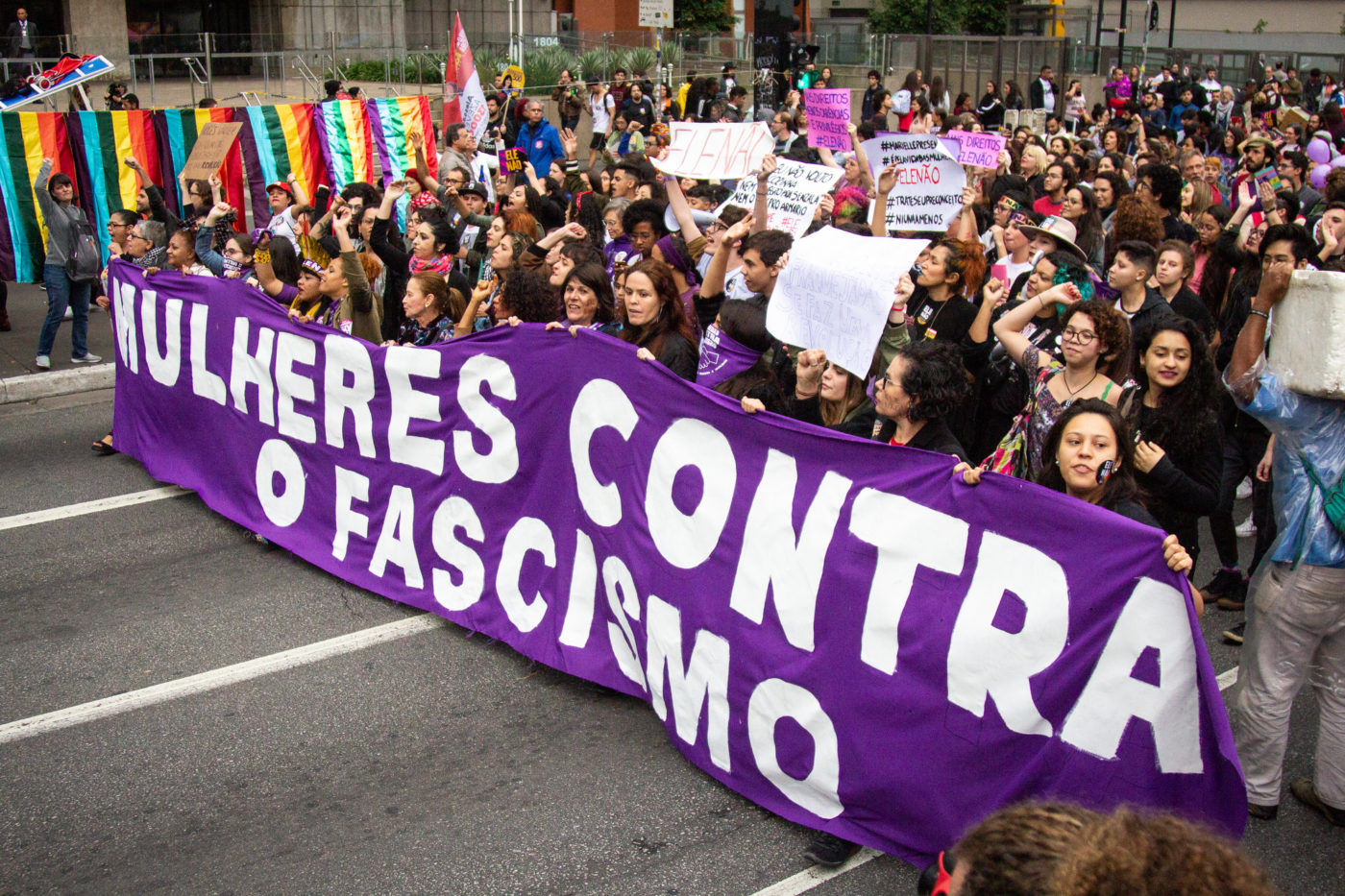 These are dark and dangerous times, and positive change is needed more urgently than ever.

We’ve seen the dramatic rise of nationalist and authoritarian governments around the world, alongside alarming shifts in what society considers to be acceptable. Criticism of the ruling class has become riskier, political and civil rights have suffered erosion, and misinformation and disinformation abound.

The world’s biggest democracies are not immune. Brazil elected Bolsonaro as president in October. Not long after, Trump was partially repudiated, but partially reaffirmed in the US midterm vote. And there are fears that Modi’s government in India, in power already for four years, could come out of next year’s elections even stronger.

Progressive forces in the three countries have struggled at times to confront these developments. At the same time, however, people-powered movements have had and continue to have important impact. What can the global social change community learn from these experiences, and how might we respond to the growing crisis in 2019 and beyond?

On 28 November 2018, MobLab Live invited feminist activist and writer Manoela Miklos from Brazil, YouthKiAwaaz.com founder and editor-in-chief Anshul Tewari from India, and PowerLabs director Nicole Carty from the US to discuss these questions and more. Anshul was unfortunately unable to attend most of the session due to connectivity issues, but host Aprajita Pandey offered her perspectives on India in his stead.

Below, watch a recording of the session, catch up on all of the discussion’s takeaways, and explore a list of related resources.

No one single thing led to this moment in time.

The details differ, but the current state of affairs in Brazil, India and the US is the result of a complex brew of political, economic and social dynamics.

Centre and left-wing parties in the three countries have grappled with issues of accountability and legitimacy. At the same time, right-wing forces have more effectively connected with allies around the world, communicated an appealing narrative, and organised their supporters.

To effect positive change, we need a compelling story.

A world in which everyone has access to what they need, can thrive, and is equal. It’s a rather simple story, but the progressive movement has struggled to communicate it well — with detrimental consequences, because people respond to stories.

By contrast, the authoritarian right-wing in Brazil, India and the US have offered up a clear vision in which the country is under threat from the Other. Their narrative has been so successful that previously mainstream ideas like human rights are now considered to be extreme left-wing positions.

Communication that focuses on the finer points of policy or is based on opposition, instead of values, doesn’t resonate, Nicole said, because it creates a gap people’s minds about what we actually want. The resistance needs to learn how to build a positive, not reactive or defensive, narrative in order to win hearts and minds, Manoela added.

Elections brought these strongman politicians to power, so much of the focus has been on organising and mobilising in order to vote them out.

This is important, but the authoritarian trend won’t be resolved so simply. Democracy is under threat: laws are being changed, institutions are being weakened, and the disinformation machine continues to churn away, independent of the electoral schedule.

Therefore, the progressive movement must develop strategies that tackle authoritarianism as a wider phenomenon and stop thinking of its efforts only within the context of elections.

People power is the future.

Civil society organisations may have taken the lead on these issues in the past, but in this new landscape they find themselves ineffective for a variety of reasons — because of their closed, centralised approaches to campaigning, because of their commitment to remaining a-political, or because they perpetuate societal inequalities with their staffing and leadership.

Grassroots movements, however, have been able to influence the conversation and force action in significant ways.

In the US, Nicole pointed to the resistance to Trump’s 2017 travel ban against seven Muslim-majority countries as an example.

Manoela highlighted how much impact that grassroots movements for the rights of Afro-descendent communities and women had in the run-up to the 2018 presidential election in Brazil — they might not have prevented Bolsonaro’s victory, but they were powerful enough to change the agenda and force the other side to react. With the bonds that participants formed, they also built the foundation for long-term resistance.

Formal organisations would do well to take up these people-powered tactics. Some have already done so to a certain extent, but training and infrastructure are needed to scale these efforts.

This is a global phenomenon that requires global solidarity.

The authoritarian right-wing is well connected with allies around the world. Our guests were in agreement that resistance movements needs to do the same, not only to bring international attention to concerning developments, but also to share experiences and knowledge.

Social media is problematic, but necessary for resistance.

Technology companies like Facebook need to be held responsible for how they contributed — and continue to contribute — to the current crisis. Without significant change on their part, it’s tempting to want to give up on social media platforms completely.

However, the hard reality is that these platforms are where people are already gathered, a fact that the authoritarian right-wing is using to its advantage. The only way to understand and counter these efforts, then, is to be present.

There’s potential for positive action on social media too. Nicole cited teachers strikes in the US in 2018 that were organised in Facebook groups.

The time to act is now.

Progressive organisations, movements and individuals have a very small window to stem the tide of authoritarianism before it becomes the new normal. Exceptional times call for exceptional measures, Nicole said, and non-profits need to shift their priorities now — not in a year or two — to build up the power necessary to directly confront these threats.

It’s important that we react to these short-term challenges, but it’s also critical that we think long-term, Manoela added. We cannot lose sight of our values or forget the passion that drives our resistance; without passion, “then we are lost.”

Top photo: “Women against fascism” reads a banner at an “Ele Não” (Not Him) march in São Paulo in October 2018. Photo by Flickr user Romerito Pontes. CC BY 2.0