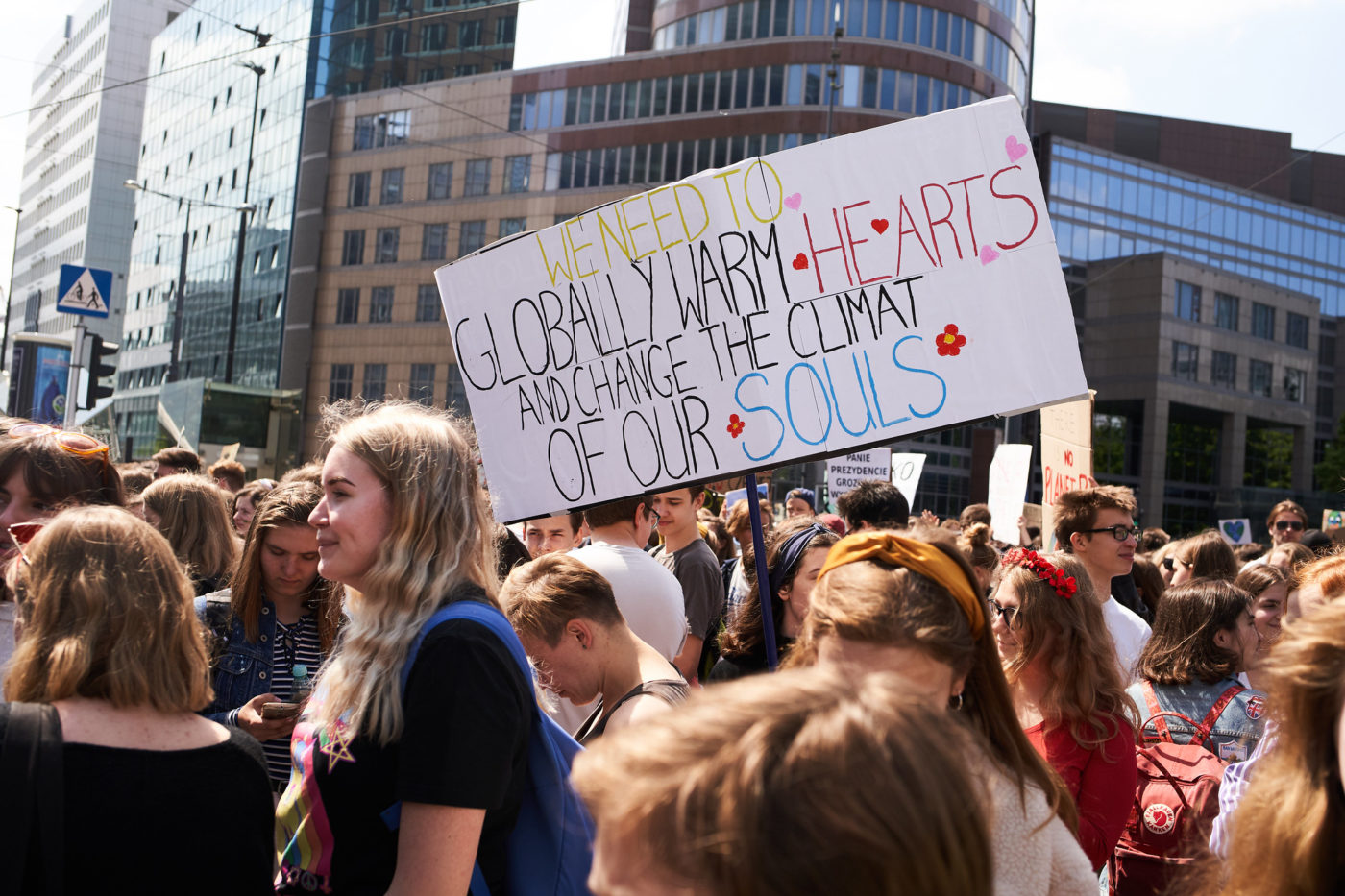 Despite years of campaigning by environmental organisations around the world, awareness of and concern about climate change has not yet brought political action on the scale necessary to achieve science-based targets. Part of the problem is that climate and the environment provide specific challenges to campaigners due to their unique nature.

Human beings, some theories argue, are not equipped to deal with distant future threats like climate change, and will instead focus on more imminent or intentional threats. Moreover, humans can accept changes that happen slowly and gradually – like climate – while focusing attention on sudden changes such as natural disasters.

So how to design campaigns that take into consideration these human traits – and allow campaigners to build climate movements? It was with this in mind that Stefan Flothmann pitched a new project that would allow Greenpeace offices around the world to try to address the climate communications challenge from a more science-based perspective.

“We realized that, when we were doing our climate work, the influence of what we’re doing and what we were saying on the brain is far more complex than just the build-up of information,” said Flothmann.

That ideas has turned into Mindworks, which describes itself as the “cognitive science lab of Greenpeace,” and operates, functionally, as an internal start-up (similar to the Mobilisation Lab’s own origin). For Flothmann, now the global director of the project, the impetus came from the realisation that while Greenpeace was increasingly incorporating lessons and knowledge from hard sciences into its campaigning, social sciences were being neglected.

“We had natural science unit for many years but we never had anything on social science,” said Flothmann.

The early focus of Mindworks was to dive into the literature on cognitive science and climate messaging, and then figure out how to disseminate that information to Greenpeace staff so that they could incorporate it into their campaigning. The goal: train staff and offices to consider psychology and emotional impacts when designing campaigns.

To do that, however, Mindworks first has to figure out how to change Greenpeace. In many ways, any large organisation is like society as a whole, with built-in biases and resistance to change. Adding to the challenge was that Greenpeace often undertook large-scale change projects, including organisational restructuring or shifting staff resources to new global campaigns, such as one recently launched around ocean plastic. The result was change fatigue and a desire for stability. Yet, what Flothmann was proposing was constant change and rethinking – a total shift in designing, running, and measuring campaigns.

“We haven’t yet embraced a philosophy that change is inevitable,” said Flothmann. “We need to embrace constant change because that’s the only way to stay responsive in a very fast-moving external environment.”

Others had different concerns. What Mindworks was proposing would require additional work — not, as many hoped, quick methods to campaign faster. To address this, Mindworks shifted how they conducted trainings. Whereas initial workshops took a traditional approach, focusing on lectures or seminars where trainers spoke to audiences, current trainings are entirely different.

“Our first trainings were largely presentations about all the great knowledge that we had discovered,” said Flothmann.”Now, we purely work through experiences and tasks that we actually give people and then reflection periods…working within the principles that we’re trying to preach.”

Moreover, they work with specific country offices one at a time, and let national staff take the lead. For example, when preparing to work with Greenpeace India, Mindworks recruited local staff several weeks in advance of the workshops to prepare their own presentations on various topics. This allowed for both more local buy-in and local relevance.

“A month before this training, we were given the materials, books, and asked to prepare by ourselves,” said Ali Abbas, a campaigner with Greenpeace India. “No certain method or form given to us.”

For Abbas, Mindworks has provided a pathway for Greenpeace India to deal with the severe external challenges of the past few years. They’ve had their accounts frozen multiple times, and are facing active attempts by the Indian government to paint them as a foreign NGO that is trying to prevent India’s development. He saw a connection between how opponents attack Greenpeace India and the knowledge about cognitive science that Mindworks was sharing.

“Corporations and the government are investing in psychology and mindsets of the people, and we are missing on that,” said Abbas. “That’s why it’s important to understand the learnings from the mind. Otherwise we’ll keep on doing the same public engagement activities, but we won’t achieve success until we are being impactful and considering narratives and how social norms are impacting people.”

Mindworks is not alone in this. Other organisations, from WWF to Oxfam, have similar initiatives. There are also outside efforts such as Common Cause and the Narrative Initiative. While they all take slightly different approaches, they all see the need to think more deeply about the role of the mind and narratives.

For Abbas, Mindworks has provided a framework for Greenpeace India to consider how it recovers and reframes campaigns to have a larger impact in an increasingly challenging environment.

Check out the second part of this profile on Greenpeace’s Mindworks to learn the details of their recommended psychological approaches for climate campaigns.

Top image: “We need to globally warm hearts and change the climate of our souls.” Greenpeace Polska / Max Zieliński via Flickr. CC BY-ND 2.0