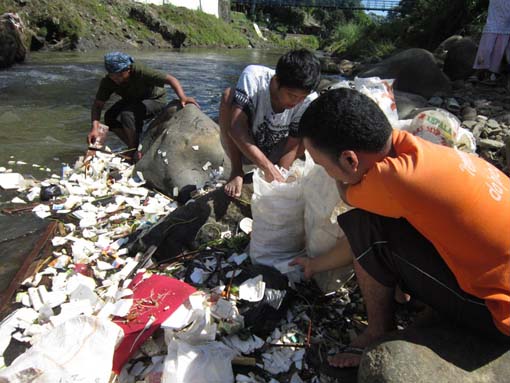 Our roundup of links to  innovative and interesting mobilisation campaigns that caught our eye (and yours) in the past few weeks:

A community group called Community Care Ciliwung Bogor is using FrontlineSMS to recruit weekly volunteers to collect record amounts of garbage along the Ciliwung River in the city of Bogor, Indonesia.
Initially, using SMS text messaging, the group was recruiting 2-100 volunteers weekly. But the approach was time-consuming and unsustainable. The group switched to FrontlineSMS, which enabled them to send out messages seamlessly to the approximately 200 interested community members.

The approach has been so successful that they started a “Garbage Scavengers Race,” which last year brought 1,500 people to the river to help collected 1,300 bags of garbage in just 3 hours.

This year, the group is recognized by the  Indonesia – World Record Museum for setting a record garbage clean up. June 1  saw more than 2,000 participants collect 2,458 sacks of inorganic garbage. Via Idea Lab and tjiliwoeng.blogspot.ca 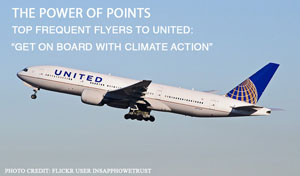 More than 500 elite United Airlines premier status frequent flyers signed a letter to the airline’s CEO Jeff Smisek urging the company to lead on climate, or at least get out of the way, by ending its lobbying against policies that would significantly cut pollution.

Some 85,000 everyday flyers, including 2,700 elite frequent flyers signed a petition as well. Both were delivered to the company June 10.

This is part of a new campaign called Flying Clean, which has a dozen organizational partners representing millions of members, including SumOfUs, the Sierra Club, 350.org, and Stop Fooling California.

In South Africa, organizers combine old and new media to take on corruption

In January of 2012, civil servants, trade unionists and other community leaders launched Corruption Watch, a civil society organization dedicated to ending the scourge of corruption in South Africa.

In just one year, the anti-corruption campaigns of Corruption Watch have exploded onto the South African public’s radar through their massive outreach on the ground and online, video, and multiple digital channels.

A new campaign was launched to demonstrate concern about recent reports published in the Guardian and the Washington Post, and acknowledged by the Obama Administration, revealing secret spying by the National Security Agency (NSA) on phone records and Internet activity of people in the United States.

The site carries a hefty list of organizational support and in total has more than 100,000 signatures. Stopwatching.us

While many disability charities in the United Kingdom were struggling to mount big public campaigns to oppose welfare reforms that were unfair to disabled people, an unexpected one took off.

We Are Spartacus is a group of disabled people who started a grassroots online campaign using free blogs, Freedom of Information requests and crowdsourced responses.

They pushed and pushed — and broke through into the Twittersphere, galvanizing many people and helped to influence what was happening in Parliament. Named one of the controversial Top 5 digital campaigns of all timevia Scope.org.uk. 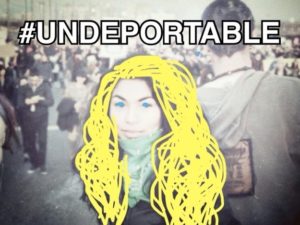 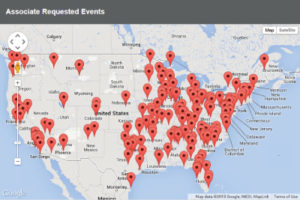 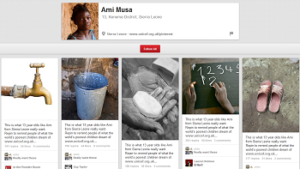