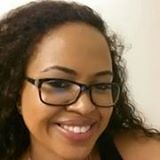 Zimbabwean activists at home and around the world are using digital technology to support, test and track a grassroots protest movement challenging the Mugabe government and demanding accountability.

Zimbabwe in mid-2016 was a hotbed of government corruption, economic devastation, and restless citizens. The unemployment rate hovered at over 90 percent, food shortages were pervasive, and the government had not paid civil servants their salaries for months. After years of political repression, most people were afraid to express dissent. But in just 18 months, a spark set off a remarkable flowering of civil dissent. Zimbabwe is now the home of an organised resistance movement and an engaged public who have begun to articulate their desire for an alternative political and social order.

Three elements are helping to sustain Zimbabwe’s new engagement: a highly-organised grassroots movement that uses technology effectively; the leadership role played by a widely-respected evangelical pastor who has developed a deep understanding of grassroots mobilisation tactics; and the solidarity of Zimbabwe’s diaspora.

The current grassroots mobilisation began in April 2016, when Pastor Evan Mawarire uploaded to social media his now-famous four-minute video. Draped in the national flag, he describes in powerful language the lamentable state of the the country and articulates an alternative vision. The video went viral within hours. Many Zimbabweans built on Mawarire’s vision by recording videos or writing statements in which they describe their own hopes and desires for the country’s future. On the back of this outpouring of support, Mawarire went on to call for a period of digital activism. And thus the movement called #thisflag was born.

Over the following year-and-a-half, Zimbabwean activists mobilised grassroots resistance on the streets and a national conversation online. They learned, and continue to learn, how to identify the issues that people are most likely to care about and how to circumvent the government’s oppressive tactics.

Protesters gathered at the Zimbabwe-South Africa border to express opposition to a government ban on the importation of basic goods; in the capital city of Harare, public transportation workers demonstrated against police harassment and extortion; and healthcare professionals nationwide went on strike to protest the government’s failure to pay their salaries.

One of the most significant and effective actions was a stay-at-home, organised and reported under the hashtag #shutzimdown2016. It brought the economy to a halt. Mawarire explained that the purpose of the stay-away was to unite citizens through non-violent action, which would pre-empt possible clashes with police. “Staying at home,” he said, “was the perfect action. It was low risk but high impact.”

In addition to demonstrations on the streets, people are mobilising online. On Facebook and on Twitter, Zimbabweans are engaging in vigorous discussions about how to effect change, and what kinds of changes need to be made. Mawarire has described these social media discussions as digital town halls; they provide citizens with a safe, communal space in which they can exchange and debate ideas without fear of police violence.

On July 1, 2017, activists and NGO leaders published a Citizens’ Manifesto on Twitter, so that it could become a subject of national public discussion.

Mawarire posts prolifically on both his personal Facebook wall and on the #thisflag page, updating about the resistance and posing questions that elicit often-thoughtful comment threads. He has so far uploaded more than 90 short videos to the movement’s page; they show him addressing audiences, exhorting people to push past their fear to demand the change they want, and suggesting new actions.

One of the more unusual aspects of the current movement in Zimbabwe is the supportive role played by the diaspora. Zimbabweans living abroad are deeply engaged in the struggle of those at home; they also contribute tangible support in the form of money, tech backup and media outreach.

When, for example, the government tried to quash the protest movement by raising the cost of mobile data to a prohibitive rate, the Zimbabwean diaspora contributed funds via PayPal and mobile money apps to help purchase phone data for Zimbabweans in-country .

The Zimbabwe Citizen’s Initiative has also created an app that allows people to document incidents of state-sponsored violence during the period heading into the 2018 presidential elections.

Via GoFundMe, Zimbabweans living in the diaspora have helped to raise funds to pay the bail for activists detained by police, and to subsidise the living expenses of families while their breadwinners are imprisoned.

Citizens who live abroad have helped to raised international awareness of the ongoing civil society uprising in Zimbabwe by writing reports about #thisflag for widely read blogs, and by appearing on international media outlets as commentators. The latter allows them the opportunity to challenge government representatives and demand accountability—something they could not do on state-owned television in Zimbabwe.

How to circumvent government suppression

The government has made several efforts to prevent activists from communicating online. In July 2016 it blocked WhatsApp and threatened to arrest those who used social media “to promote civil unrest.” Meanwhile, the army said it was training in cyber warfare tactics as a means of “dealing with new threats against the country.” A government-sponsored draft Computer Crime and Cybersecurity billgrants police the authority to seize digital devices used for political activism, deemed “criminal activity,” while stipulating that citizens living abroad could be extradited and face penalties of up to five years’ imprisonment for cybercrimes.

In another effort to shut the movement down, the government compelled the country’s three mobile service providers, two of which are state-owned and all of which price their data at rates that are already the third-highest in Africa, to raise their fees even further. Econet Wireless, Zimbabwe’s largest mobile service provider, raised the price of a 250mb daily data bundle to $5 in a country where 50 percent of the population lives on about $3 a day.

The government also tried to stop digital organising by squeezing bandwidth; in a pre-emptive response, civil society organisers disseminated instructions on how to install VPNs. Similarly, when the regime implemented a telecommunications shut-down, members of the group Anonymous Africa hacked into government websites and into the state controlled broadcaster, the Zimbabwe Broadcasting Corporation (ZBC).

In addition to the “soft” authoritarian tactic of making connectivity unaffordable, the government continues to intimidate activists with its well-honed strategy of violent intimidation. Police routinely detain activists and beat them while they are in jail during the long waiting period before they are charged and arraigned, in an effort to wear down morale and disrupt collective organising.

Background of a struggle

Zimbabwe is nominally a democracy, with elections held regularly since it achieved independence in 1980. But the government has routinely used violence and other types of intimidation to suppress dissent. Since the 1990s, the country has been in an economic and political tailspin, with hyperinflation, massive government corruption and overt suppression of political opposition. For years, fear paralyzed dissent, a fact that makes events of the past 18 months all the more remarkable. Zimbabweans have evolved from adjusting to the whims of an authoritarian regime, to expressing dissent while demanding accountability and change.

Over the past 18 months, movement activists have seen some concrete victories. In response to the civil servant strike and the national stay away, the government paid some of the salary arrears and relaxed the import ban. When nurses and doctors took to the streets again in March of this year to demand that the government pay last year’s bonuses, the regime met their demands.

Activists have learned important lessons over the past 18 months. Perhaps the most salutary one is that digital activism can have very real implications for direct public action.

Mawarire has said that “part of the beauty of technology [is] the ability to quantify the traction of an idea.” He is referring to the movement having used social media platforms and messaging apps as a means of targeting various demographics with specific messaging. By tracking actions on the ground via social media, activists can see when interest is flagging for a particular issue, and to gauge what type of public action works best for various issues.

One of the challenges the movement might face going forward is factionalism. There has been some dissent between various activist groups, some of which existed before the current movement launched. This has led to concerns about the cohesiveness of the current movement as Zimbabwe heads into the 2018 elections — with some activists stepping forward as political candidates.

Another concern is that, despite its emancipatory rhetoric about ending corruption and promoting good governance, the resistance movement has not yet questioned the core institutions of the Zimbabwean state. They are not discussing the question of why these structural and institutional failures persist. So while the movement could succeed in ousting the Mugabe government, it might not succeed in fixing the system that kept him in office for 37 years. But this is a movement that has only just begun what will surely be a long struggle, with many setbacks along the way. The future is unclear, but the process of getting there is deeply engaging and will no doubt continue to raise many teachable moments for activists.