People across the Uganda’s Lango region are reaching one another using radio to mobilise strikes.

Farmers and small businesspeople of the Lango tribe in northern Uganda went on strike November 18 and 19, 2016, to protest what they see as unfair outside control of the local economy. Calls to action over radio were essential to paralysing business in Lira town and the surrounding districts. Amelia Kyambadde, Minister of Trade, rushed to the scene to address the demands of the entrepreneurs who comprise a higher percentage of the population than any other country.

Local businesspeople were frustrated by three decades of tax benefits and other marketplace advantages the government provided foreign businesses.

“After years of being patient with them, these eight districts of Lango found that there were actually some intricacies involved in bringing back the foreign businessmen,” strike organiser Jackson Etwop told us. “Uganda Investment Authority welcomed them here…and the advantages they were getting were above and beyond what the common businessman in the region was getting.”

Once Etwop, local farmer Joel Ocen and their team settled on the idea of a business lockdown in Lango’s central town of Lira, they realized they would need participation by farmers across eight districts–a mostly agrarian region of about two million residents. 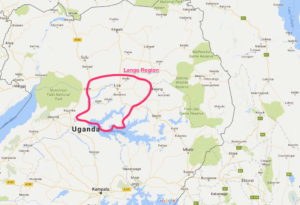 Outlined area is roughly the Lango region of northern Uganda, where strikes were organised.

“In order for this industrial action to be successful, we had to communicate to the community in these eight districts,” said Etwop.

Organisers used radio to reach farmers across the region. “Between five and seven homes out of every ten [in Lango] have some kind of radio in the house,” estimated Etwop, “making it the most effective means of communication to the community.”

Through a series of radio programs and announcements, news of the upcoming strike spread around the region. Farmers were encouraged not to sell their produce while businesses were closed.

“Most of them also stopped selling [their produce] that day,” said Ocen. “They really wanted to show solidarity with the businessmen here.”

Such a widely dispersed action has the capability to severely wound elites’ control of an economy. This moved Minister of Trade Amelia Kyambadde to visit Lira. 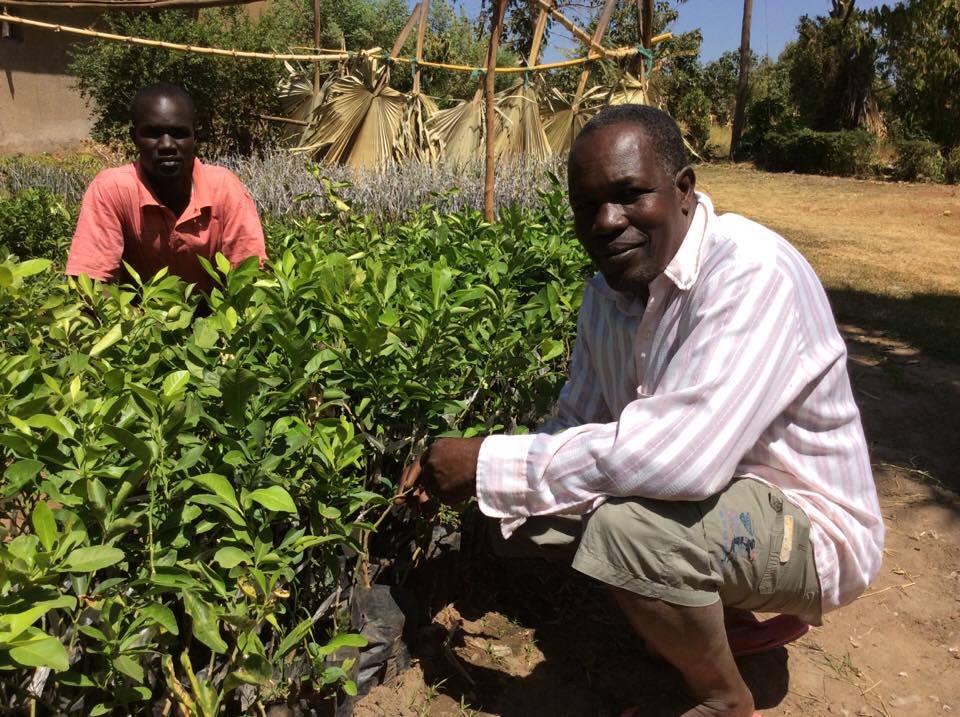 “People didn’t expect her, but I think we generated enough pressure to make her come,” said Joram Ojungo, a Lira resident who closed his stationery shop as part of the small business strike. Ojungo is a recent university graduate who, in light of a near 90% unemployment rate, opened his own small business. “If we had simply written her an invitation letter,” he said, “she probably would not have come.”

With a tax system that discourages entrepreneurship, two days away from work is quite a sacrifice for local businesspeople.

“The minister was supposed to follow through on addressing our grievances by December 31,” noted Ojungo. No progress has been made even a month after the minister’s self-imposed deadline. “There is a committee in charge of initiating strikes, and if there is a need to do it again, we shall organize more strikes.”

The strike forced Kyambadde to the table but the community could have been more prepared to present their demands.

Etwop, noting the shortcomings of their preparations for such a visit, said he would communicate with the ministry. If their communication showed a lack of progress, there would be need for Lango businesspeople to visit the ministry in the capital city of Kampala.

Local autonomy: Campaigning with a message all of Uganda can support

Successful mass actions galvanise support by focusing on issues grounded in local grievances yet resonate across a wider audience.

Shortly after the Lango region engaged in action against Asian control of the marketplace, residents of Busia–a town along the Kenya border–also took to the streets. Business people there were motivated to act by the success of organising in Lango.

Busia residents even staged a sit-in at their local Uganda Revenue Authority office.

Organising around issues that speak to the grievances of other constituencies–and sharing news of progress (in this case with radio)–may be helping launch a movement bigger than just Lango business strikes. In our interview, Jackson Etwop used the metaphor of needing just one match to start a forest fire.

On the morning of 5 February, Etwop and his crew took to Voice of Lango radio station in Lira town to inspire residents along Lira – Apac Road to take part in an upcoming demonstration.

During his campaigns, President Yoweri Museveni promised to turn this dusty road connecting east and west Lango into what he called a “first class marram” road. The company contracted failed to do the job, and Uganda National Roads Authority has neglected to hold them accountable, despite having a local office.

“It is this same radio that the state used to inform the people pre- and post-election of the things they are going to do,” said Etwop. “We thought we are also answerable back to the people in the same medium, so it was very effective.”

In this case, organisers used door-to-door organising in advance of radio announcements. An informal group of about 10 people collected over 3,000 signatures to protest delays in road work. By the time Etwop was ready to go on the air, people between Lira and Apac were already awaiting his call to action.

In 2011, Intermedia reported an 83% use of radio in nearby Tanzania for news and information. While radio mobilisation is rarely effective on its own, it can be an important mobilisation and organising medium, especially in sub-Saharan Africa.