The Detox campaign has mobilised thousands of people to rethink commitments to major clothing brands and to challenge them to eliminate  hazardous chemicals from their supply chains. Since July 2011, the campaign has secured public commitments from 15 brands, including G-Star Raw, Nike, Adidas, and Levi’s.

That kind of success is due, in part, to a targeted campaign that uses values-based segmentation (VBS) to identify underlying values in segments of the population.

The Detox campaign identified the underlying values motivating the fashion industry leaders, and targeted its campaign to them, in content and in style. 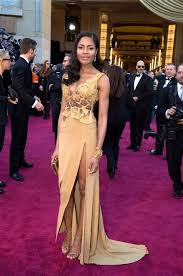 Pirates of the Caribbean actress Naomie Harris wore a dress to the Oscars made to the highest environmental standards possible.

VBS wasn’t something Greenpeace had used much in the past, but VBS project lead Amrekha Sharma says there was a clear need to consider new approaches.

“I understand that when the Detox campaign was about to launch, there was a lot of anxiety internally because people thought it might be too different. The campaign looked very different to the ‘typical’ Greenpeace campaign, and they may have thought this is not what Greenpeace does — fashion, catwalks and models,” she says.

As of today, 15 fashion leaders have committed to “detox” their supply chains in response to the growing international campaign.

VBS refers to a model that aims to understand what makes people tick. It recognizes human beings are motivated by their emotions. It is based on three decades of research that shows strength in this way of thinking.

The model with which Greenpeace is experimenting comes from Cultural Dynamics Strategy and Marketing in the United Kingdom. The model is made up of three main groups they call Pioneers, Prospectors and Settlers, which further breaks down into 12 Values Modes.

Greenpeace decided to take a hard look at motivational values after the perceived failure of the COP 15 climate negotiations. Even though hundreds of thousands of people were engaged, Greenpeace and its allies were unable secure what they wanted: a fair, ambitious and binding deal at the Copenhagen Climate Change Conference.

“It was the recognition that we needed to get better at engaging a wider base of people,” Amrekha, who was hired to co-ordinate the VBS experiment following that conference, says.

“We realised that we were appealing to the same people all the time, and while it appeared to be a sizable number of people, that didn’t make a dent in the negotiations.

“We got a  mandate of our executive directors to get better at engaging a wider base of supporters, striking outside our ‘traditional’ supporter base. And that’s where deliberately working with people’s values comes in” she adds.

Greenpeace is digging into the values of key national populations, using surveys designed to elicit valuable insights that can be used to shape targeted campaigns.

One of the first pieces of actionable intelligence Greenpeace discovered was that women of a certain Values Mode under 44 in the U.S. and in other countries are interested in the Save the Arctic campaign. That was a pleasant surprise to Greenpeace, Amrekha says.

“I think the Arctic campaign appeals to people of different values, for different reasons. Some feel saving the Arctic from resource exploitation is simply the right, ethical thing to do. Some may see the enormous support behind it  from all kinds of figures, and feel something big is going on, something they want to be a part of.”

When the Save the Arctic campaign began, the idea was to gather one million signatures within one year.

Save the Arctic had one million signatures within six weeks, and continues to grow, in part, Amrekha says because the team was looking at  what might resonate with potential audiences’ values.

VBS is now being looked at with increasing curiosity by other campaigns and Amrekha says she’s been happily surprised with the pockets of interest developing around the tool of VBS.

“I didn’t realize the reach of the work and how it is pollinating across other issue areas, initiatives and departments,” she says, adding that a new approach needs to cross-pollinate, so that everyone’s speaking the same language, in order to be successful. She says she’s watching that process unfold in front of her.

The other surprising thing, Amrekha says, is the resistance VBS has faced. While there is less now after some successes and familiarity, there are still critics.

She says even though there is evidence that VBS can improve campaign success, there is fear of change even in a progressive organization like Greenpeace, but she believes “this is normal and healthy and welcome, even necessary.”

“The idea is to use the tools we have in ways that work for us. I want to know the concerns, and what isn’t working too,” she says.

“It’s here. The approach is a tool available to us, and we have some very exciting, practical ways of moving forward.”

The Mobilization Lab plans to tell more stories about targeted campaigns based on research under the VBS model. Watch for new articles coming soon. 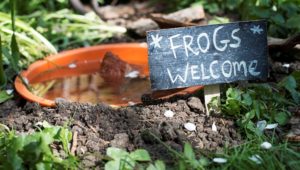