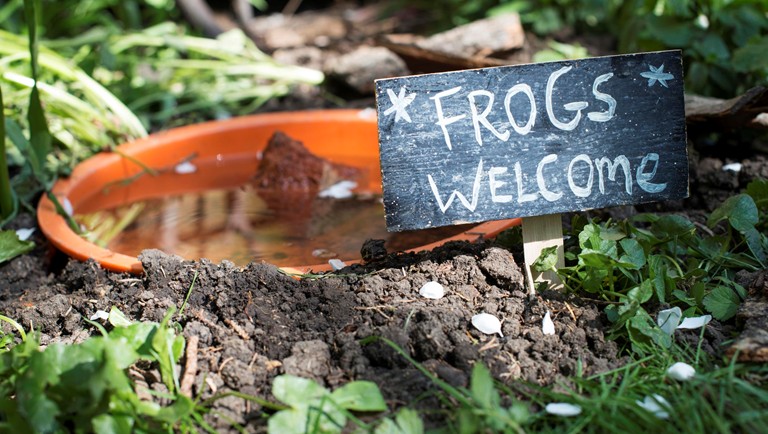 This article was contributed by Karen Rothwell, acting Director of Fundraising for Greenpeace UK. Karen has a long history of involvement in NGOs, spending 2001 to 2012 working with Royal Society for the Protection of Birds (RSPB) as their Director of Marketing.

Karen brought the use of Values-based Audience Segmentation (VBS) into RSPB with remarkable success. She says that VBS is the “the most effective system for understanding audiences I have every used”.

The article below includes some of Karen’s reflections and learnings on the use of Values at RSPB, a process that became organisational wide.

Support from private individuals is vital to the RSPB’s conservation mission: they provide over 70% of the charity’s income and the one million who are members are powerful back-up to its advocacy work.

Supporter recruitment and retention are therefore key to the RSPB’s success. Which means that understanding what motivates people is key to it success.

For years, we recruited people into focus groups using all the best-practice market research techniques: geo-demographic profiling, newspaper readership, stated interest in nature or conservation, attitudes to recycling – anything that looked like it would draw out the people most likely to support our work.

Yet we found ourselves observing groups of people that included some absolutely on the right wavelength, and some who absolutely were not. We were missing something until I had a conversation with campaign strategist Chris Rose who outlined the work done by Pat Dade at Cultural Dynamics Strategy & Marketing (CDSM) to identify the different sets of values and motivators at play in any population.

This immediately struck a chord: it sounded similar to Maslow’s ‘hierarchy of needs’ that I’d studied as part of my marketing training. I had sometimes wondered whether the RSPB and the National Trust could attract an audience beyond the altruistic ‘self-actualisers’ because we offered a kind of badge of belonging and personal benefits, but had never found a way to turn this thought into anything of practical value. But CDSM had done the thinking and the work to make this leap.

Identifying supporters based on underlying values

I invited Chris and Pat to outline their work to a group of colleagues at the RSPB, drawn from fundraising, communications, market research and analysis functions. At its simplest, their work had – from 25 years of large-scale quantitative research– identified distinct groupings within the population based on distinct underlying beliefs, values and motivations. Settlers are primarily motivated by safety, security and belonging; Prospectors by esteem of others and self-esteem; Pioneers by the aesthetic, cognitive and self-actualisation. Within each these main groups are four sub-sets, and people tend to move through the groups as they meet the needs of each stage.

What’s more, they had honed a set of questions that would, with reasonable accuracy, indicate which group a specific individual belonged to – you can try this for yourself on their website, and I encouraged my colleagues to do so (you can take the survey, too).

Could these ‘emotional’ discriminators help us identify common groups in a way that the ‘rational’ socio-demographics had largely failed to do? We felt they could, and set out to test their application to the RSPB’s communications work.

Applying values to communications and outreach

We started with a questionnaire and telephone survey to find out the values of current supporters, and designed a member appeal with a strongly Pioneer perspective, to reflect the majority value group within our supporters. It was an enormously successful appeal, delivering a strong emotional impact.

On the strength of this and other testing, we immersed all fundraising and communications staff in the theory, its evidence and – most importantly – its application, with CDSM contributing to a workshop that helped staff imagine themselves into the different groups, and design products and propositions that would appeal to their ‘temporary’ values state. It was a memorable day, and started a kind of ‘value modes epidemic’ within the RSPB that made an enduring difference to the way it communicates.

As we began Brand positioning work for the strategy 2007-2012, we were confident enough to embed ‘values modes’ fully in the process. For the market research that would inform strategic decisions on RSPB’s positioning and proposition, we recruited focus group attendees using the CDSM questions so that each group included only a single values group. This was nothing short of a breakthrough for us – at last, the focus group discussions entered an extraordinary depth of discussion as ‘common mindsets’ were confident to explore beliefs and attitudes that seemed to be shared by the whole group. The insights gained from these groups was clearer and deeper than we could have hoped for, and showed unequivocally that each of the main values groups would be motivated to support RSPB’s work by quite distinct approaches.

Do we focus on one or all values groups?

This led us to grapple with one of the key questions of application: to focus on just one values group; to develop three sub-brands to reach all three groups; or to ensure that there are triggers for all three groups in any one communication or brand proposition.

Brand ‘roadshows’ carried the values modes to all staff within the RSPB and the approach was instrumental in shaping campaigns of that period, and in the strapline ‘a million voices for nature’.

Why Values-based Segmentation worked at RSPB

Three things made values a hit within the RSPB. Firstly, the RSPB is a science-based charity and the scientists could see that this was an evidence-based approach underpinned by robust quantitative research. Secondly, the simple truth of the three groups is visible and easy to experience once you have the simple framework. Thirdly, it seemed to work.

Those who were less convinced were those buying media space or lists who couldn’t find a way to apply values modes to this kind of targeting. It’s true that you can’t buy lists or media in this way (yet – it will come) but that doesn’t really matter: you need to choose the right tool for the job and values modes are the right tool for brand and proposition development and creative tone and style.

For the latest corporate strategy, values modes went even further for the RSPB and led Board and Trustees to seek to engage groups beyond traditional Pioneer charity supporters with today’s environmental crisis. Crucially, it provides clear guidance on the approaches needed to motivate people different to ourselves so that at last, we can move beyond preaching to the converted.

What makes a brilliant advocacy strategy?

"Who can give us what we want?" and "why haven't they given it to us yet?" are some of the big questions that campaigners need to examine, says Save the Children's Kirsty McNeill. 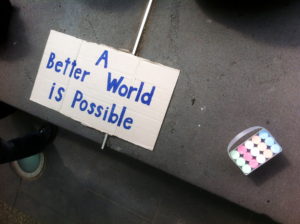