Use tension and uncertainty to engage through live video streaming 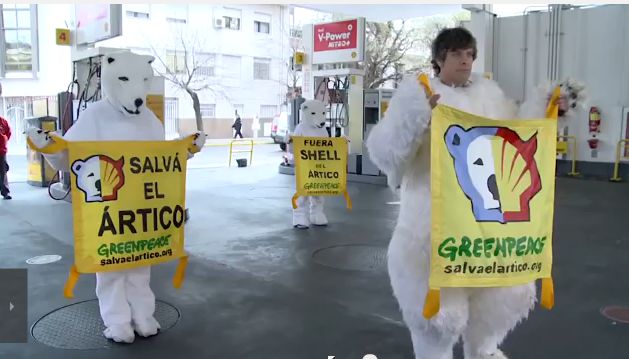 At February’s Digital Mobilisation Skillshare, Mariana Diaz Vaccaro of Greenpeace Argentina and Nic Seton and Pete Speller of Greenpeace UK shared experience with two projects that used live streamed video to good effect. Both actions made the most of good storytelling practice to draw in and retain an audience by posing a question to which the live video could provide the answer.

Greenpeace Argentina took the unusual step of publicising their direct action in advance, working with a celebrity radio presenter to generate buzz and curiosity about how he would live up to his promise to take action for the Arctic. People joined the live stream in thousands to find out.

Greenpeace UK’s #iceclimb action didn’t wait for success before telling the story. Involving the audience right from the beginning, and making the most of uncertainty, generated enormous attention for the live video feed and high levels of engagement.

What will he do? Live streaming a celebrity action

Tension and uncertainty were key ingredients in the success of Greenpeace Argentina’s use of live video, with over 80,000 people joining the live stream to find out whether (and how!) radio presenter Mario Pergolini was going to live up to his promise to take action for the Arctic.

Unlike most direct actions, which are kept under the closest secrecy until the last possible moment, the team decided to talk up the action in advance to create interest and buzz. The key was to keep the activity itself a secret – would he do it? And what would he do?

Mariana Diaz Vaccaro, Public Mobilisation Coordinator at Greenpeace Argentina explains. “We knew from our review of the forests campaign that we needed to find a way to tell the story over more time to generate more interest. So we decided to communicate this action in a completely different way, by telling people that something was going to happen.”

Pergolini was an ideal celebrity to work with, bringing not only high profile, but his own internet radio station. Vorterix routinely live streams images from the studio, so had all the technical expertise to deliver high quality live video. “It was a great storytelling opportunity,” says Mariana. 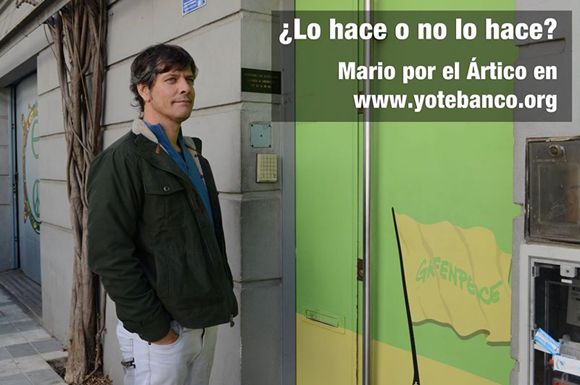 ‘Will he or won’t he? Image shared on social media. Asking a question creates an itch that people want to scratch – thousands of people visited the live stream to find out the answer.

The team worked closely with Pergolini and his colleagues to introduce and tell the story of his involvement over time, starting with an in-depth interview about the Arctic on Pergolini’s radio show, with Greenpeace Climate and Energy Campaigner Mauro Fernandez, followed by a second interview when Pergolini announced on-air his intention to ‘put his body on the line’ and do something radical to support the campaign.

Material was ready and waiting to make the most of media interest, and activity on social media built a buzz of expectation, all pushing people to sign up to support Pergolini and the Arctic campaign at a microsite yotebanco.org (tr – I’m right behind you). Over 75,000 people signed up – 61% of them new supporters.

“It was a great chance to access his audience,” says Mariana. “But when we tested the action with a small segment of our existing audience we could see it was very successful there too.”

“Sure I’ll do an action for the Arctic.”… “You want me to do WHAT?” Images shared on facebook of Pergolini (right) with Greenpeace Argentina Exec Director Martin Prieto.

On the day, thousands watched as Pergolini joined other Greenpeace activists in putting on polar bear suits and closing down Shell petrol stations across Buenos Aires, talking to motorists to explain why Arctic oil exploration is such a disastrous idea.

Mariana: “Livestreaming was the end of the story that we created. It was the answer to the question that we proposed: “What is Mario Pergolini going to do for the Arctic?’”

“All too often celebrities are only good for a short burst of publicity,” says Mariana. Sustaining activity over time in this way created a much higher level of interest in the campaign than the action could have done on its own.

It also supported an ongoing relationship with Pergolini, who promoted the Ice Ride  where people rode bikes and scooters to call for protection for the Arctic with a video message of support, on his radio programme, and live streamed the Ice Ride via the radio station website.

View more video, including the full live stream of the action.

Will they make it? Live streaming the #iceclimb

On 11 July 2013 six Greenpeace activists climbed the Shard in London to protest Shell’s plans to drill for oil in the Arctic. By the time they reached the top and unfurled a ‘Save the Arctic’ flag, their message had already been heard loud and clear right around the world.

Over 200,000 viewers had joined the live stream of the activists’ climb, many of them visiting several times through the day to check on the climbers’ progress. Over 75,000 people had signed up to support the campaign, and a survey carried out the following day showed that half the UK public had heard about the action.

The volunteers Sabine Huyghe (Belgium), Sandra Lamborn (Sweden), Victoria Henry (Canada), Ali Garrigan (UK), Wiola Smul (Poland) and Liesbeth Debbens (Netherlands) began their climb at 4 am, reaching the top after 15 hours of ‘free climbing’ – scaling over 300 metres of the Shard without assistance but fixing safety ropes as they went.

The icicle-shaped building towers over Shell’s three London offices, including the oil giant’s global headquarters on the Southbank of the Thames. Shell is leading the oil companies’ drive into the Arctic, investing billions in its Alaskan and Russian drilling programmes. 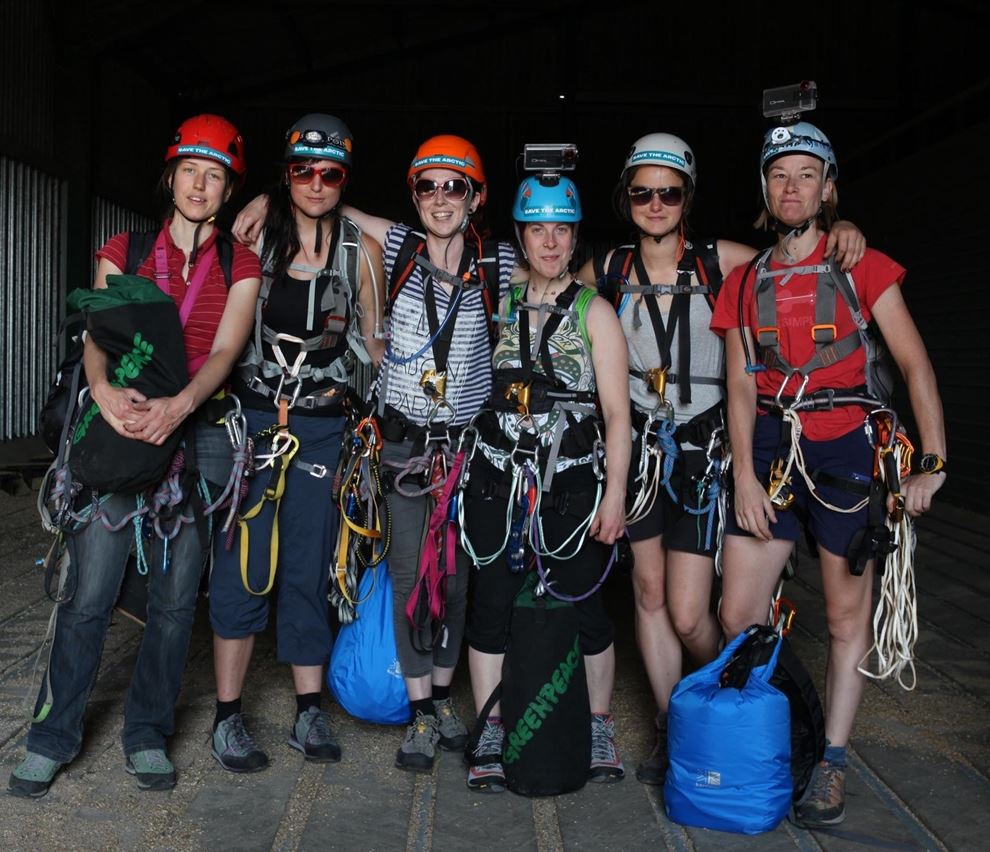 As one online commenter said, “They weren’t just six black dots on a building, they were Ali, Victo, Sabine, Sandra, Liesbeth and Wiola”.

The climb generated intense media attention from around the world, but telling the story of the action from the beginning, and involving the activists themselves, created an intense focus on Greenpeace’s own digital media channels, giving a high degree of control of message and tone.

Once it was clear that the climbers had been able to access the site, and that the climb was going ahead safely, the team rolled out their carefully-prepared communications plan, emailing supporters and using social media accounts to drive attention to the live stream.

Video of the action was teamed with live commentary from Greenpeace staff, explaining what was happening, offering background information on the Arctic issue and promoting the online action where people could sign up in support of the Arctic campaign.

The importance of jeopardy

Says Nic Seton, Mobilisation Co-ordinator at Greenpeace UK, “If you have a sense of tension, of jeopardy, a question like ‘What will happen next?’ then people find that exciting as a story.”

Instead of waiting for the ‘big reveal’ of a banner drop, live streaming allowed the team to start the story at the beginning and use the tension and uncertainty of the outcome to tell a gripping story. “We didn’t know if they would make it. And that uncontrolled risk was very engaging.”

Engaging enough to drive thousands of people to visit the live stream, not once, but multiple times during the day to find out how the action was progressing, and exciting enough that several mainstream media websites embedded the live stream, unmediated, in their own sites.

Putting the activists at the centre of the story

Unlike many actions, the climbers themselves were very much part of the storytelling process. The live stream included footage from fixed cameras at ground level, but also from iPhones attached to the climbers’ helmets. The climbers tweeted from their personal accounts during the climb.

Much of the coverage, particularly in the activists’ home countries, focused on the climbers themselves and their motivations, offering a fantastic chance to highlight the Arctic issues as well as provide a human element to the story.

The fact that they were six women was important too. Says Nic, “It wasn’t ‘beards and boats and banners’. It was another kind of action, which also helps people to connect.” 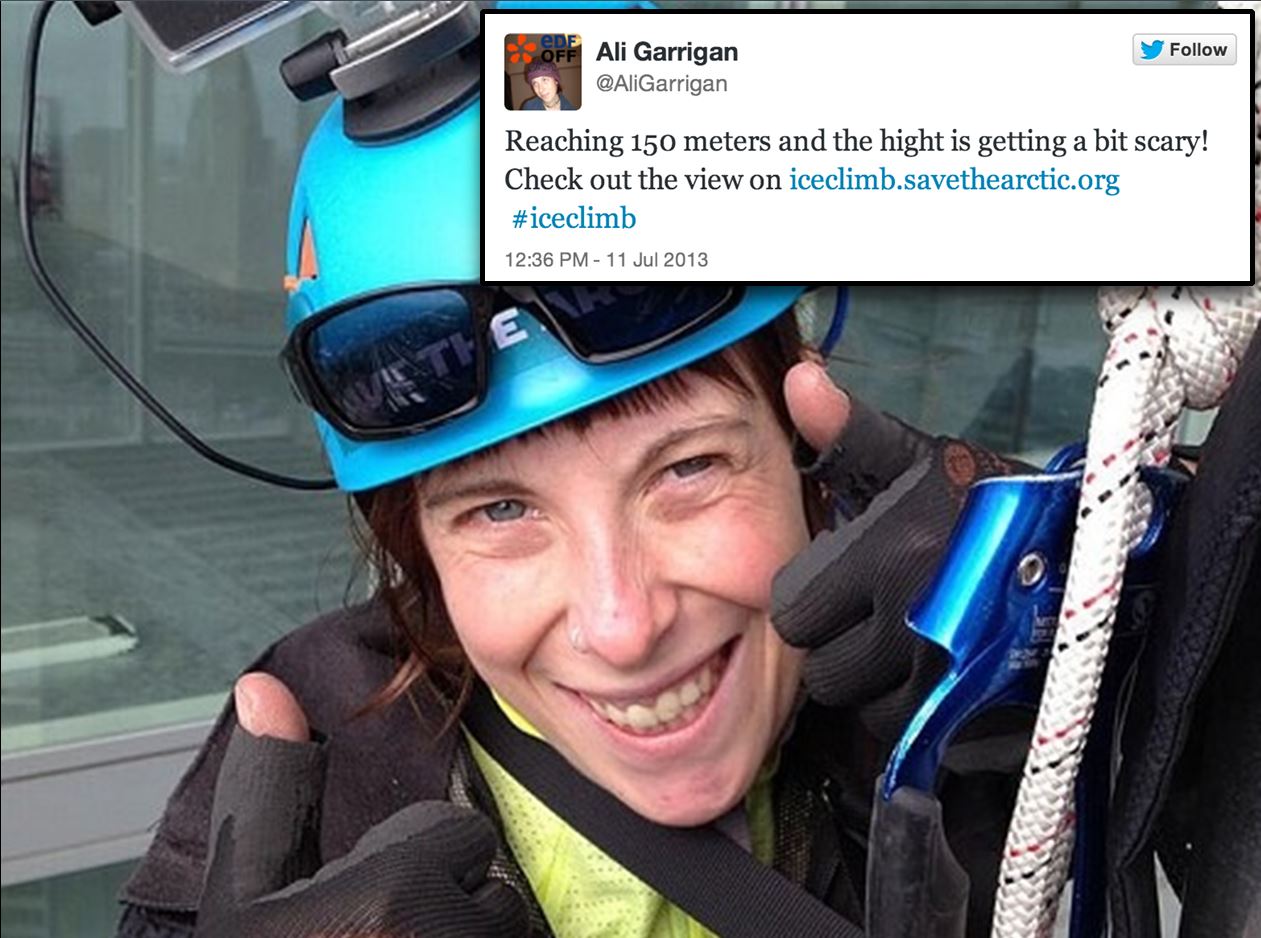 The activists tweeted messages during the climb.

Media coverage
There were over 1,700 online news stories, and over 100 print stories in the top 10 countries, and 6 international broadcasts covered the action. Crucially, the media coverage overwhelmingly included the key messages about the purpose of the action and the Arctic issue.

Live stream
There were over 200,000 unique viewers for the live stream, averaging four visits each during the day, and 7 minutes per visit.

Twitter
Greenpeace trended globally on Twitter a couple of times during the day; there were over 70,000 mentions of the #iceclimb hashtag. Greenpeace UK gained over 5,000 new followers, and was retweeted over 11,000 times that day. 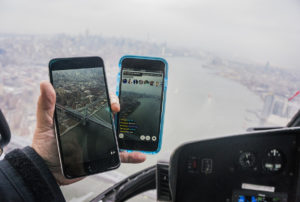 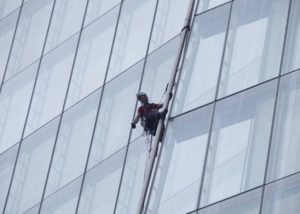