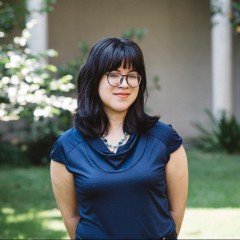 In turbulent Venezuela, 2017 has been a turning point for organised protest and resistance movements.

Despite the high cost, slow speed and low quality of internet access, activists, journalists and opposition politicians have found the means to use technology as a tool to organise and resist and  — and as a means of broadcasting dissent despite government censorship and intimidation.

The rise of digital opposition media

Hobbled by scarce resources, digital news outlets such as Runrun.es, Efecto Cocuyo, El Estímulo and others have nonetheless managed to amass a vast and loyal following (Efecto crowdfunded parts of their operating costs). Viewers who tune in to these independent digital news channels do so to watch coverage of issues that are not reported by traditional news outlets.

When the political and economic situation forced veteran print newspapers to reduce or shut down print operations, several of them, like Tal Cual, switched to digital versions. Reporters also adapted to social networks. A journalist named Nelson Bocaranda, for example, has 2.8 million Twitter followers. But journalists who use digital platforms to report critically on events in Venezuela have attracted unwanted attention, too: in 2016 Braulio Jatar, editor of the digital news outlet Reporte Confidencial, was imprisoned and charged with money laundering after publishing a controversial video.

Since Nicolás Maduro replaced Hugo Chavez in 2013, the government has increased its intimidation tactics. The political opposition and Maduro critics are shut out of state-owned media and have completed their migration to digital media platforms.

During the 2015 congressional elections, opposition politicians turned to the internet to campaign. The opposition coalition, known by its Spanish acronym MUD, covered the election campaign via its own YouTube channel Unidad Venezuela. Thousands of viewers could be seen watching the YouTube channel at any given moment during the campaign. Opposition leaders also used Periscope, a livestreaming app for Twitter, to transmit messages. They continued livestreaming events after the election, when the government rejected their victory at the polls.

Banned from traditional media, opposition politicians used livestreaming to inform their supporters about what had happened during the day, and what their next actions were going to be. Henrique Capriles, governor of Miranda and former presidential candidate, regularly streams and answers questions from his supporters using the hashtag #PreguntaCapriles (#AskCapriles).

The digital-only TV channels VivoPlay and VPITV were the only media to broadcast the anti-government protests live. The government telecommunications commission blocked them, along with El Capitolio TV (the Congress streaming television channel). In response, NGOs and activists explained via Twitter and Facebook how to change one’s DNS and how to use a VPN to circumvent censorship.

Grassroots activists (netizens) have also turned to technology as a means of reporting the protests. They have been collecting videographic and photographic evidence of political abuses from the streets. Activists have also used social networks to share information on how to collect evidence and communicate securely.

Organisers often call upon people to open their WiFi networks in areas close to demonstrations and clashes. While Venezuelans have responded not only by opening their WiFi networks to protesters, but also their homes, they have learned that the price for their generosity is police harassment and intimidation.

The government strikes back

The government is also using social media platforms to track, harass and intimidate dissidents. In 2014, President Maduro announced that the government had intercepted communications sent through the push-to-talk app Zello, which protesters used to exchange information about meeting points and logistics. The authorities blocked the app.

The government continues to use technology as a means of cracking down on activists. Official tactics include social engineering and bots; in addition, security forces frequently arrest people for tweeting (or even retweeting) dissident messaging. Security and border forces have increased the frequency with which they illegally check mobile phones; this is particularly the case for the military and border control, with officers checking subordinates’ phones for anti-government messages.

In response to severe shortages of essential medicines, caused by government import and price controls, Venezuelans are using social media to find—and help others find—medicine, food and other basic supplies. Recently, networkers have begun to use Akiztá, an app that helps locate pharmaceuticals in drugstores through the country. People use it to supplement the more conventional search method of asking for help through veteran social media platforms. Through this network, Venezuelans search online for the medicine they need, to see if it might be available in a drugstore on the other side of the country; if they find it, it’s completely normal to ask a total stranger to buy and send the medicine to them.

The diaspora is also playing a fundamental role in getting resources into the country. With the currency and price controls, Venezuela’s economy is absurdly distorted: a kilogram of rice can cost the equivalent of four days’ salary. Inflation rose to nearly 500 percent in 2016, and is expected to rise to 1,660 percent this year. This means that finding resources in foreign currency can make a huge difference. Since the beginning of the current crisis, Venezuelans living abroad have been sending food, medicine and money to their families and friends, and to local organisations.

Venezuelans abroad have also been using crowdfunding to finance medical treatment, fund aid programs, and help fellow citizens leave the country. They have, in addition, raised money for the families of political prisoners. While people living inside the country are very rarely able to contribute funds, given their restricted access to foreign currency, the diaspora has been using crowdfunding effectively.

The high point of the grassroots movement in the diaspora occurred on July 16, 2017, when the opposition coalition held a worldwide popular consultation to ask Venezuelans about the future of the country. The consultation consisted of three questions:

This voting process, held without the approval or support of the electoral council, was entirely organised by groups of volunteers, both inside and outside the country. It took place through 2,030 polling stations in 536 cities in Venezuela and in 69 countries around the world. About 7.5 million Venezuelans participated in the process, which was organised in the space of about two weeks by citizens who provided everything from polling stations and ballot boxes to site security—even though they knew the authorities would refuse to recognise the results.

The problem of poor connectivity

Venezuelan protesters, politicians and activists continue to use digital platforms to organise, communicate and inform. Yet nearly 40 percent of the population lacks internet connectivity. Even for those who do have internet access the connections are unstable and of poor quality. For years the government kept internet prices artificially low and failed to invest in telecommunications infrastructure. The resulting infrastructure crisis cannot be solved with small sums of money sent from abroad; Venezuela needs deep changes to its economic and political model. Meanwhile, the deterioration of essential infrastructure has caused electricity outages that further impair communications.

Despite this very challenging environment, Venezuelans have managed to organise themselves to a remarkable degree. They have found the means to carry out popular consultations online and to organise grassroots efforts to help people through the economic, social and political chaos. Venezuela’s future is very uncertain, but the social movements continue to evolve, keeping pace with the ever-changing environment—and providing many teachable moments for activists around the world.

Top photo by Efecto Eco, CC BY 3.0 via Wikimedia Commons.