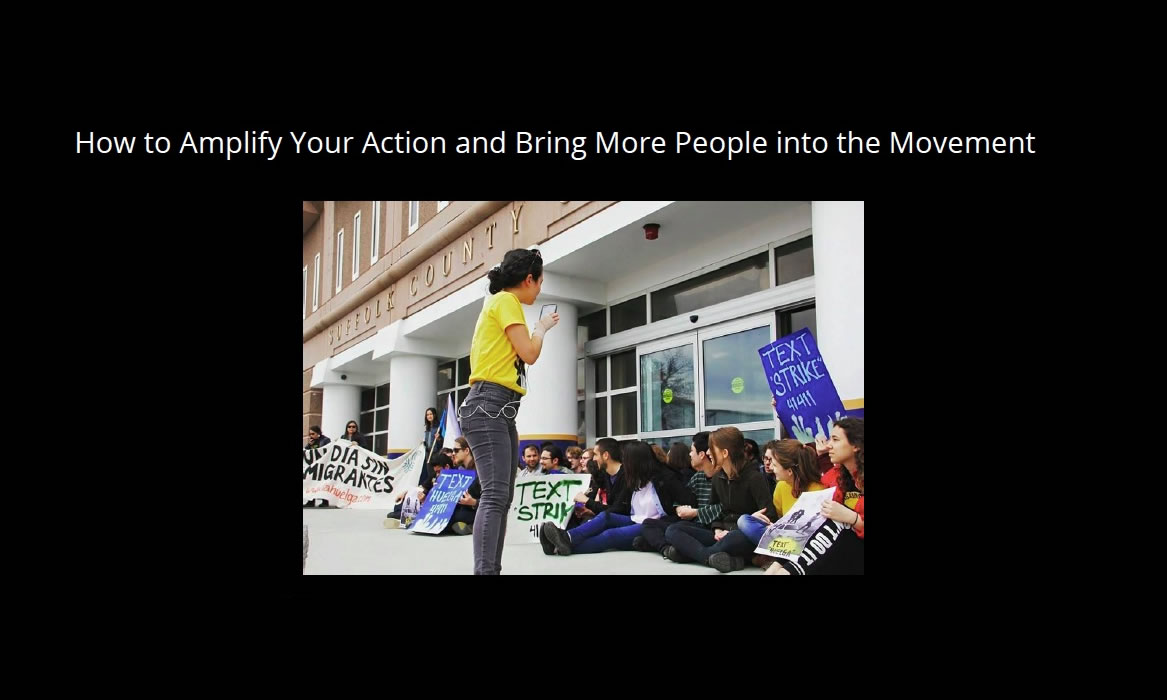 With the right planning, tools and post-action strategy, Facebook Live can be much more than a broadcasting platform.

At Netroots Nation 2017, Thais Marques (Movimiento Cosecha) and Yonah Lieberman (IfNotNow) shared their experience using Facebook Live during dozens of direct actions and events since the U.S. election. Their presentation [PDF] offers a guide to Facebook Live strategy before, during and after your event, provides gear resources and other tips.

No doubt you’ve seen Facebook Live notifications taking over your Facebook feed as organisations, media outlets and friends post from events around the world. Data shows that at least one in five Facebook videos is live.

More campaigns are using Facebook Live to bring people into direct action. This means that your campaign or organisation can be a news source–broadcasting actions, protests, debates and news analysis to followers in real time.

But you can go way beyond broadcasting to turn Facebook Live into an engagement and movement building tool. That was the topic of a great session at Netroots Nation 2017. Thais Marques (Movimiento Cosecha) and Yonah Lieberman (IfNotNow) shared experience using Facebook Live during the Boston ICE shutdown, the #FireBannon campaign, and dozens more actions since the U.S. election.

Their slide deck is available for download here (it’s a PDF file). The slides provide clear information about implementing a Facebook Live feed, the tech involved, and good ideas about absorption–bringing Live viewers into your campaigns.

IfNotNow’s #FireBannon campaign reached over 1.1 million people and post-video conference calls provided a way for people to become directly involved in the movement. Some numbers on #FireBannon:

Live video from the November 30 Day of #JewishResistance saw 14,000 viewers. About 400 of those viewers later came to weekend-long training. As Yonah pointed out, Facebook Live’s power for movement building is in creating absorption points (tangible next steps people can take): “Using moments of intensity to move people into your movement with concrete roles that can lead toward another big moment for your movement.”

[1] Add an Absorption Point to Your Facebook Live Caption. Make it easy for people to find what to do / how to engage.

[2] Make your own news. Maybe your action is small or the media won’t cover it. Make a big deal out of your action with your Facebook audience (and email list and other audiences). Create a compelling story.

[3] Make Use of Your Partnerships. Partner with bigger groups (who have bigger Facebook pages). Facebook Live from the #OutragedAndUnafraid Sit-in was shared by several larger organisations, including:

[4] Develop pre-recorded content. Pre-recorded content is useful during down times in your live action or when an action takes unexpected turns. Interviews with participants can happen when you first arrive at an action and also add context to the story.

Randall Smith joined the session. He and collaborators at Powerlabs have worked with Cosecha and other organizations on campaigns. Along the way, they’ve hosted several webinars on Facebook Live and other topics. They also have a helpful list of gear (microphones, mounting and power supplies and more). Check out the recordings and all the resources.

I am blown away by how Movimiento Cosecha is doing FacebookLive. "This is Facebook Live 2.0. No one else is doing this." @thais_tweets #NN17 pic.twitter.com/kMJQaHarWh