In Morocco, protesters organise against repression with new and traditional tactics

A year of protests in the mountainous Rif region have led to widespread repression and arrests. But clever and persistent organising is finding results. 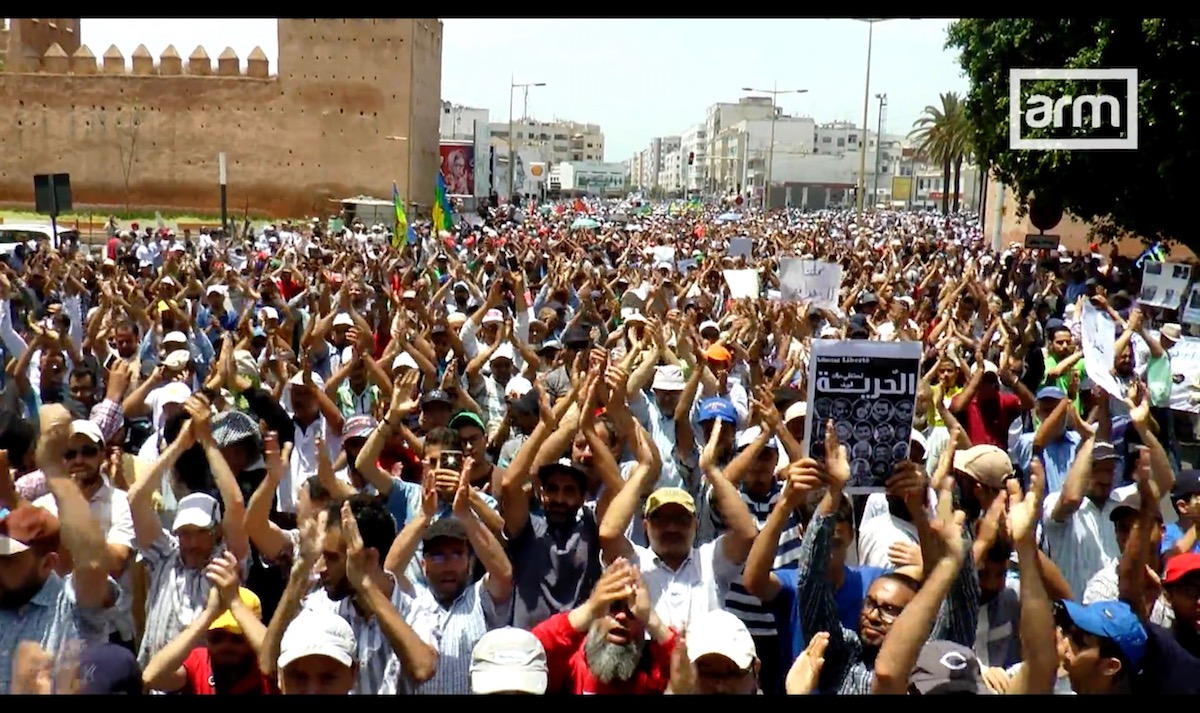 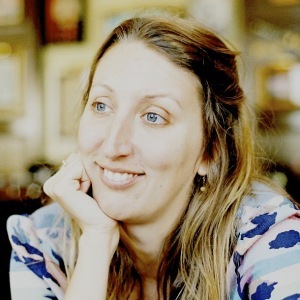 Writer focused on culture, education and politics in the Arab World

In the mountainous area of Morocco known as the Rif, police are cracking down hard on a protest movement that has been ongoing for over a year. Today, the movement’s entire leadership is in jail while police regularly block mobile connectivity, throttle internet speed, and spy on activists via their social media accounts. But protesters are using innovative tactics, both traditional and new, to circumvent government repression.

For almost a year, towns in the mountainous Rif region of northern Morocco have been witnessing regular protests.

The unrest was sparked by the death of fishmonger Mohcen Fikhri in Al Hoceima in October 2016. Fikhri died trying to prevent port authorities from confiscating a catch of swordfish, whose sale is banned at certain times of the year. As officials disposed of the fish, Fikhri stepped into a garbage compactor and was killed. Images of his grisly death spread on social media and sparked outrage at this example of hugra (a North African Arabic dialect term that refers to humiliation and abuse by the state). In Al Hoceima, protests broke out instantly.

But the Rif’s grievances are historical. Its residents—many of whom identify as Berber rather than Arab—have a fraught relationship with the central government. In the 1920s residents rose up against European colonial powers, briefly establishing a “Republic of the Rif.” In the 1950s the region revolted against the Moroccan monarchy. The authorities suppressed the uprising violently, punishing the region with decades of official neglect.

What the protesters want

The Rif’s Hirak Shaabi (“Popular Movement”) called for accountability for Fikhri’s death. They denounced government corruption and the economic marginalisation of the region. The hirak demands of the government are:

Demonstrators rallied regularly and peacefully in the evening in the main square of Al Hoceima. They waved Berber flags and images of Abdelkrim Al Khattabi, the founder of the Rif Republic. They chanted “Long live the people!”—instead of the usual “Long live the King!”

Nasser Zafzafi, a local man who gained prominence through videos he posted to YouTube, often harangued the crowd, criticising political figures and businessmen by name. Protests were broadcast live on social media, covered by regional online media and dedicated channels (Rifpress, Rif24) and relayed and supported in a significant way by sympathizers within the Rif diaspora.

The response of the authorities wavered at first, but then hardened. In May 2017, security officials instructed imams, or mosque prayer leaders, to preach sermons warning against dissent. When the charismatic Nasser Zafzafi confronted an imam during the sermon (yelling: “Do mosques belong to God or to the makhzen [ruling establishment]?”) a warrant for his arrest was promptly issued.

The role of opposition media

Most of the Moroccan media—state-owned and regulated TV and press, regime-connected web sites—joined a smear campaign, accusing Zafzafi and the hirak of acting in the interest of foreign countries and being extremists, even terrorists. This campaign overlapped with social media memes that attacked the hirak movement as unpatriotic.

But independent and opposition media—e.g., the magazine TelQuel, the news sites Le Desk and Lakome—reported differently. They provided detailed and sympathetic accounts of protests and clashes as well as updates on trials, allegations of torture and prison conditions. These media outlets, which have a limited circulation but have an educated and politicised readership, also published interviews with analysts and statements by public intellectuals condemning the state’s approach.

The authorities have tried to limit journalistic coverage, deporting foreign journalists and arresting at least seven Moroccan reporters and citizen-journalists for covering the protests. Hamid El Mahdaoui, the editor of the news site Badil.info, was sentenced to a year in prison for “incitement to protest” simply because of his site’s coverage of the hirak. These measures have sent a chilling message and have slowed down considerably, but not entirely stopped, the flow of images and updates from the region.

Despite the risks, activist journalists such as Omar Radi and Imad Stitou act as clearinghouses of information on the hirak, relaying calls for protest as well as reports of arrests and information about ongoing trials.

Rif activists continue to disseminate images and videos and to insist on the peaceful nature of their movement this has been overwhelmingly true—apart from some incidents involving young men who threw stones at police.

Many other demonstrators, supporters and activists have also been arrested. Over two hundred people connected with the hirak remain behind bars today. They have been charged with crimes such as blocking traffic, insulting the police, holding unlawful and armed assemblies, and damaging public property. One young man was sentenced to 20 years in prison for allegedly setting fire to a police dormitory.

A leaked report (Arabic) by a national human rights council as well as research by Human Rights Watch documented credible accounts from detainees who spoke of mistreatment that included torture and being coerced to sign fake statements.

A huge police presence has been deployed to Al Hoceima and other towns in the Rif. Police have prevented demonstrators from congregating by charging, beating and tear-gassing them.

The authorities have been trying to prevent demonstrations by blocking connectivity by blocking or throttling digital and mobile connectivity. Police have also set up roadblocks, where they stop and question anyone suspected of joining a protest, often sending them back.

Journalist Samia Errazouki noted that in the lead-up to a planned protest on July 20, there were eight roadblocks along the two-hour drive between Nador and Al Hoceima.

Demonstrators have tried to maintain momentum and circumvent repression. Even as Al Hoceima has been put on lock-down by a massive police presence, smaller towns in the region have continued to hold protests.

Driven off the streets, protesters have hung flags and banged pots and pans. As it has become more difficult to hold marches, they have organised convoys of honking cars instead. They frequently hold small demonstrations while standing in the sea – forcing the police to either stand on the beach among sunbathers while wearing full riot gear, or to wade into the waves. Either way, they look ridiculous.

Protests are very local. They are held on short notice, organised by word-of-mouth or announced anonymously on social media platforms, but authorities often arrest suspected activists in the 24 hours before a scheduled demonstration.

The threat of arrest has had two main effects: In some cases, would-be protesters are frightened off; but in others, they are radicalised. In close-knit mountain towns, each arrest affects extended families and entire neighbourhoods.

Much of the hirak’s energy is now focused on protesting arrests and on providing support to prisoners who are jailed in Casablanca, an eight-hour drive from Al Hoceima. Moroccan civil society—such as leftist political parties and the historic Association Marocaine des Droits de l’Homme (AMDH)—has shown support for the hirak, with hundreds of lawyers volunteering to defend arrested protesters.

The Committee of Solidarity with Hirak Political Prisoners has a Facebook page and Twitter account,  through which activists publicize the plight of prisoners collect donations. A number of the prisoners have gone on hunger strike.

Women have played a significant role in the hirak, although the Rif has a reputation as a socially conservative region. Participation in protest demonstrations was at first largely young and male, but after security forces jailed the hirak’s entire male leadership in May, women stepped into the breach.

Female relatives of detainees addressed the crowds at rallies, in addition to organising support for the prisoners. The audiences at the rallies welcomed the women speakers and showed them respect, perhaps because their presence is a powerful way of signaling that demonstrations are peaceful.

In fact, both the government authorities and the protesters understand the resonance of women’s presence at the demonstrations.

When a second women’s demonstration was organised in Al Hoceima in June, the authorities responded by deploying a large police contingent—including female police officers—and shutting it down. Today women in the Rif have been largely pushed off the streets again by the heavy and intimidating police presence.

Salma Ziani, a popular 23 year-old singer known by the stage name Sylia, is a figurehead of the movement. She often led chants during demonstrations; for her activism, she served several months in prison before receiving a royal pardon.

Normally Moroccan women are more vulnerable than men to the stigma of being arrested and to any sort of exposure in public that could be construed as “shameful.” But for hirak activists of both genders, jail time is a badge of honour.

After Zafzafi’s arrest, Nawal Ben Aissa, a 36-year old mother of four, emerged as a spokesperson for the movement. Ben Aissa told Le Monde newspaper she had no political background, but had used social media before to help raise money for women in the region in need of cancer treatment.

The police have called Ben Aissa in for questioning on several occasions; they reportedly pressured her to stop making public statements.

Ben Aissa’s suddenly high profile and the fact that she has not yet been arrested had led to rumors that she is somehow compromised by the regime, and to suspicions from other activists. After Ben Aissa was detained again on June 25, and threatened with the charge of “threatening national security,” Salma Ziani defended her, writing on her Facebook wall: “My last request as a girl from the Rif and a former political prisoner is: don’t accuse anyone of treachery. The girls of the Rif suffer in silence.”

The hirak protests have focused attention on the corruption and ineptitude of the administration, and on the lag between the official discourse of development and modernisation and reality on the ground. The official response has been a combination of repression and promises of improved services and public investment.

In response to the protests, the long-awaited oncology unit has reportedly been opened in Al Hoceima. Meanwhile, the government has promised to hire more civil servants.

In June, King Mohammed VI criticized his ministers for the delays in implementing a 600 million dirham (US $63.5 million) development program for the Al Hoceima region. In two speeches since, he has castigated the public administration. But he has also defended the police against allegations of misconduct and abuse. 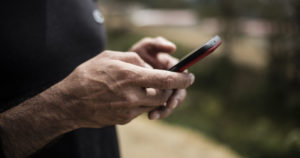