Is the emergence of a new protest generation on our hands? 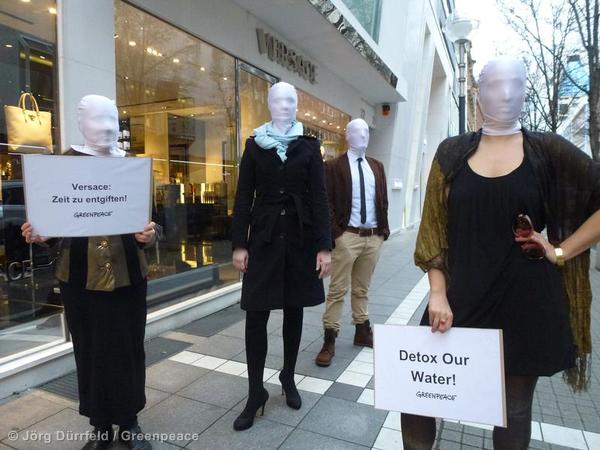 Jacqueline van Stekelenburg, a sociology professor at VU University Amsterdam, recently found herself at Macy’s in New York City with a colleague who needed a pair of jeans. When they walked up to the fifth floor, Jacqueline was shocked to see a fur store.

“You would never see that in the Netherlands,” she says. “Never.”

But what makes for this difference? What moves some people to take action against animal rights, for instance, while others are more than happy to shop at a New York City fur store?

Jacqueline focuses her career on asking these kinds of questions. What makes people participate in protest? What role do emotions play in the design of campaigns? And in this case, what would happen if you showed Macy’s favorite customers videos of seals being beaten to death for the sake of their luxurious new fur coat?

We recently caught up with the professor and researcher to talk about some of her latest findings on what moves people to participate in action. 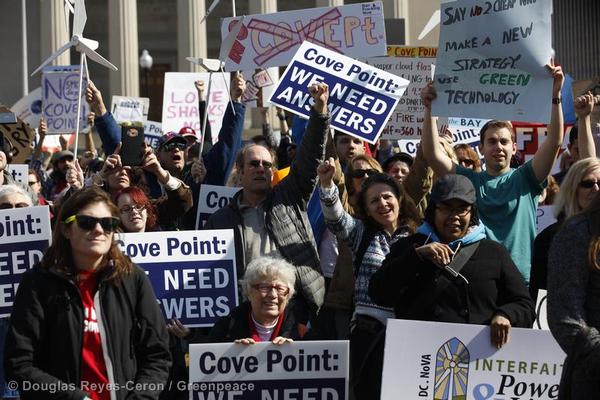 What happens when people are met with a lack of emotional resonance?

Jacqueline: If you take people who go to the fifth floor of Macy’s who are motivated to buy a fur coat, if you show them one of those little movies of little seals killed and beaten to death, they would switch it off, I would predict. They are not interested in it and they actually don’t want to see it. They want to avoid it. If you will show that kind of movie to me or to my kids, we would be overwhelmed and it would tap into our emotions. This is not the kind of thing we should allow. So, it is really that emotions will be a stronger motivator, I would suggest and hypothesize, if you have people already on their diagnostic and prognostic frame.

What motivates people to take action?

What we found in studies recently is that people also participate because they identify with the other people involved, not necessarily the organization. We did a big study on demonstrations and why people take part and one of the things we found is that in demonstrations staged by, for instance, unions or social movement organizations, their people identify with the organizations. But if there is a new social movement loosely coupled with a liquid organizational campaign structure, then people identify more with the people in the streets.

Do people identify more with a cause or with values when it comes to social action?

Jacqueline: Protest and collective action has changed, because our societies are changing. We are moving from a solid structure polarized identity society into more loosely coupled organizations and societies. And what are the implications?

People are more inclined to do two different actions for different organizations or for two different causes in one month, rather than have a life-long attachment to one group. We sometimes find actions where people more strongly identify with the cause than they identify with the organizations staging the action. That does seem trivial, but that is actually very interesting. Old-school mobilisation starts with organizations staging actions. They frame their causes. They try to mobilise the groups and then they stage an action. But nowadays, you see that people are attracted by actions because they very much identify with the cause and other people involved in fighting for those causes.

What trends are you noticing in the arena of social protest?

That has very recently changed because of the global crisis. Nowadays, we see people take to the streets again for material issues, but something really interesting is going on. What we saw in the 70s and the 80s, when people took to the streets for material issues, it was in general the working class people. And they participated in demonstrations organized by unions. But now what we see, especially in countries like Greece, Italy and Spain, is that young people take to the streets for material issues. We call it the anti-austerity demonstrations, but it is an interesting term because this “young precariat” has the resources and the high education, but they participate in materialistic demonstrations because they are unemployed and have no chances to stage a family life.

What are some surprising findings you’ve encountered in your research that could have an impact on how people structure their campaigns?

Jacqueline: I’m currently working on a huge data set of 20,000 demonstrators. We’re looking at “super citizens” who just do it all. They have a good job. They are active in community life, active as organizers and have a family.

What drives these people? New social movements have a lot of activists who are just “checkbook members” and a small group who are the super citizens, so the people who are a member of the board or who are investing a lot of time weekly in their organizations.

This is a positive message. What we see is that those super citizens are often participating in more boards, so it’s not just one organization. I have between two and 12 organizations in the data set. I think the message for an organization like Greenpeace would be to consider your goals in how you’re setting up a campaign: Is it about consensus-based mobilisation (i.e. appealing to checkbook members)? Or is it about action-mobilisation? Are you tapping into an issue that people like and are interested in or is it an unpopular issue? Then you have to tap into the master frames if you want to mobilise them to take action. What kind of actions do you want to mobilise them for? 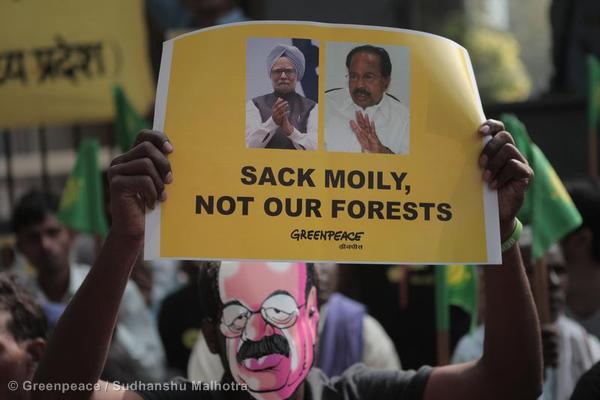 Greenpeace joins members of Mahan Sangharsh Samiti and Junglistan to protest outside the head office of Essar following the energy giant’s announcement of their intention to mine an area of pristine forest in Mahan, Madhya Pradesh.Photo Credit: Sudhanshu Malhotra / Greenpeace.

How can organizers determine the most effective motivational frame to aim for when designing a campaign?

Why is that? Because what we see is that if you start to mobilise people for action, there is a kind of erosion model. So you start with your mobilisation potential — all your sympathizers, the people who are worried about the same cause. What we see is that a lot of people from your mobilisation potential are motivated to sign a petition, but much, much fewer people are willing to attend a demonstration. And even fewer people are willing to sit in a boat for Greenpeace. So that’s all about motivation.

The last step in this erosion model is that then you have your group of people willing to participate, who is able to participate, and they know about your action, but there are still barriers. It might be that it is extremely cold tomorrow. And it might also be that they are ill tomorrow. And what helps to take the barriers away is to have incentives. 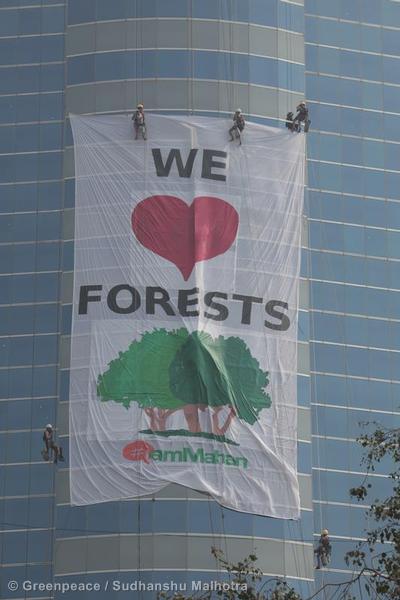 What would be a more effective approach if you wanted to change people’s minds?

Jacqueline: This is the hardest thing to do — to reach a group of people who is actually either against or not aware of the cause you’re fighting for. We are also talking about consensus formation. First of all, you need to convey the message of what you are fighting for. And what helps then is frame bridging. What I mean by this term is that people do not have a frame to understand the cause you are interested in and fighting for. What will help is if you are able to tap into a master frame. For instance, in the United States, a master frame which works at the moment apparently due to (U.S. President Barack) Obama, I would say, is inequality. We were talking about a frame of injustice, but it might be a better idea to use the frame of inequality. So what you do then is you frame your message in terms of the master frame of inequality.

— This is an edited and condensed version of our conversation.

In Morocco, protesters organise against repression with new and traditional tactics

A year of protests in the mountainous Rif region have led to widespread repression and arrests. But clever and persistent organising is finding results. 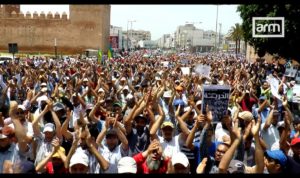