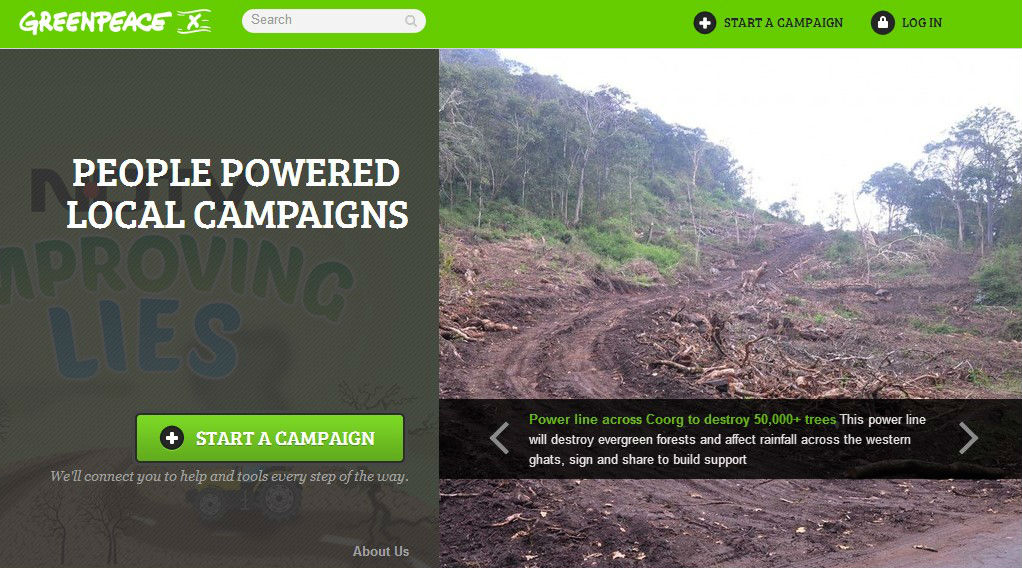 Some Greenpeace India campaigners spent the last year experimenting with a shift in their roles from running the campaign control room to providing a space for grassroots supporters to step up and lead.

This new approach is in action through Greenpeace Extra, or GPx, an online petition site launched in March 2013. The site allows anyone to start and run a petition-based campaign about an issue they want to see change.

In just under a year, six GPx campaigns have been victorious, many more have been created and are in progress, and it’s helped Greenpeace India build new leaders, grow the e-mail “mother list” by 60 percent, and develop new local allies.

Like other online platforms (such as Change.org or Avaaz), GPx allows creators to specify a target and what they’re asking supporters to do. Campaign leaders can update their campaigns on an ongoing basis, send e-mail updates to supporters, and print off signatures for delivery.

Greenpeace India, which has been piloting the site, offers support to campaign creators in whatever way makes sense — from tactical guidance to media, online, or financial support. 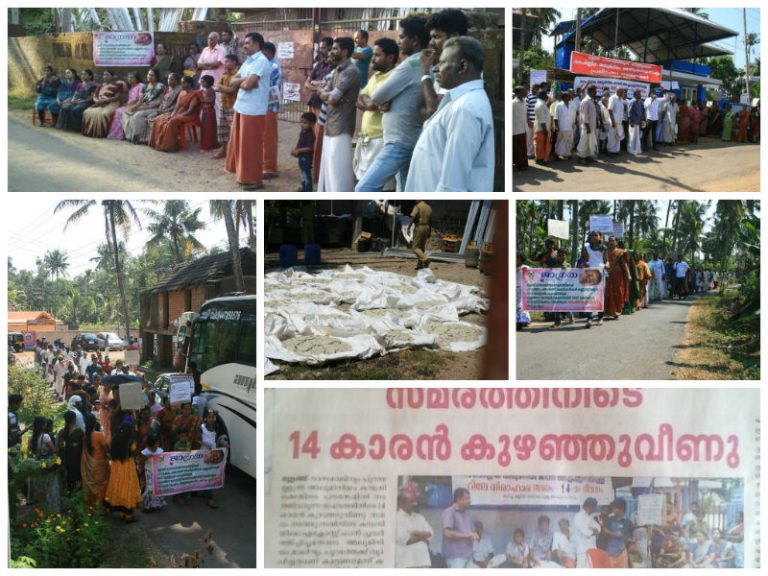 Images of resistance to illegal toxic dumping of waste in Kerala farmlands.

With over 2,500 signatures, the company was forced to halt operations immediately in April due to the growing pressure from media and locals. A court decision is still pending.

Prior to the petition, the local community had been protesting for years on this issue. Youth in the community even led a hunger strike for over 44 days.

“At one time we wondered: How are we going to mobilise people?” says Janet Vrinda, Greenpeace India online campaigner. “When influential people make a lot of noise about a small town, it helps a lot. They don’t have to be from that village.”

Other campaign wins include NDTV Dump Monsanto, where a GPx campaign and social media uproar led to the cancellation — within days — of a Monsanto-sponsored TV series about democracy and improving people’s lives. The website built for the show was taken down within 24 hours.

Another campaign exposed a proposed “eco-tourism” project near Madhapur, India. Nearly 3,000 signatures helped the state government’s expert appraisal committee to determine that the proposed botanical garden seemed more like a commercial venture and even potentially anti-environmental.

“There are more campaigns on the way,” Janet says. A webpage is tracking successful GPx campaigns. 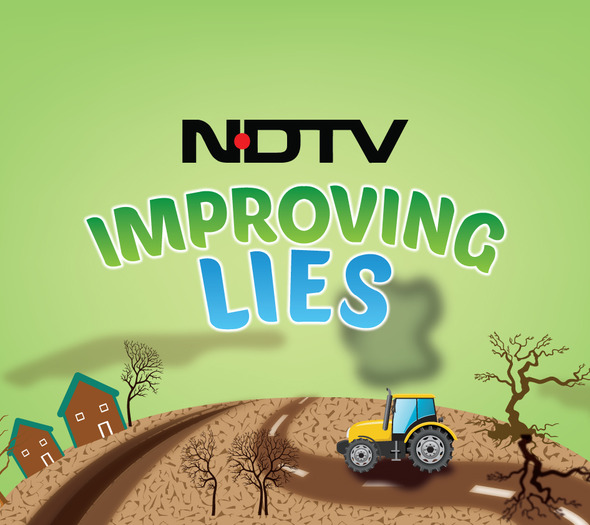 A graphic prepared for the NDTV Dump Monsanto campaign on GPx.

GPx campaigns posted to the Greenpeace India Facebook page are doing well in terms of uptake — even relative to current campaigns Greenpeace is running. They do well without any additional paid marketing or post promotion.

“Social media is really the way to increase new campaign signatures,” Janet says. Not many people share e-mails, and social media is faster, easier and low barrier, she adds.

Running GPx campaigns also increases Greenpeace India’s social media reach. One particular campaign called for action against a product in China that wrapped up small live animals like turtles in a plastic bag with a liquid preservative. Sheer outrage at the product pushed the campaign viral.

The campaign increased @GreenpeaceIndia’s Twitter followers by 20 percent and analytics showed the social media push coming from all over the world.

With a large and valuable list of contacts in India, the GPx team does a lot of testing.

“Firstly, test, test, test and test,” Janet urges. “Do every kind of test.”

By first sending out e-mails to a wide geographical area (though not the entire list), campaigners segment data to determine how much interest people who are not living in a local region have in an issue. They also perform subject line testing and run social media and online/offline action testing.

The test results are then applied to larger campaigns. Leaders learned that sharing personal stories, so that campaigns come from a personal perspective, works very well to increase supporters, for instance.

Using the segmented data, the team determines which combination of lists will work best for each campaign.

As campaigners, the tension between taking control and stepping back to empower new leaders can be a difficult one.

The Greenpeace India engagement team built a “ladder of engagement” pathway in order to guide potential campaign leaders in a step-by-step process from less involved tasks up to leading campaigns. First people become volunteers. Then they interact with other volunteers on Greenwire, an online platform for Greenpeace volunteers to start groups, host events, share media and run campaigns. The next step is becoming a volunteer leader — and then stepping up to lead one’s own campaign.

New leaders have emerged in the opposite direction as well — by first starting their own campaigns and then becoming Greenpeace volunteers. Greenpeace India is still experimenting with its team structure to figure out the most effective ways to bring in campaign leaders.

Activists exhibit signs to #OilyMoily, referring to Veerappa Moily, the environment and forest minister, who is also the minister of petroleum and natural gas.

“Sometimes you have to let go of being so in control of things,” Janet says. Finding the right balance may involve some risk-taking as established leaders step back and make room for other campaign leaders to emerge.

There are now 21 active campaigners who have either run campaigns before or been trained to run them. Greenpeace India pulls from this roster from time to time when they need someone to be the face of a rapid response campaign.

For more on this type of campaign, check out the Mobilisation Lab report from earlier this year: Grassroots-led Campaigns Transforming Social Change.

The quality of GPx campaigns and the media attention they’re garnering is increasing, Janet says.

The team has been receiving e-mails from supporters asking if they can donate to specific campaigns, which is not yet possible. In the meantime, the team plans to experiment with adding a fundraising meter on GPx to help fund the platform.

Meanwhile, GPx-hosted, citizen-led campaigns will continue providing new leaders with help from Greenpeace, including the potential for campaigns to be featured on the Greenpeace India homepage and social media sharing.