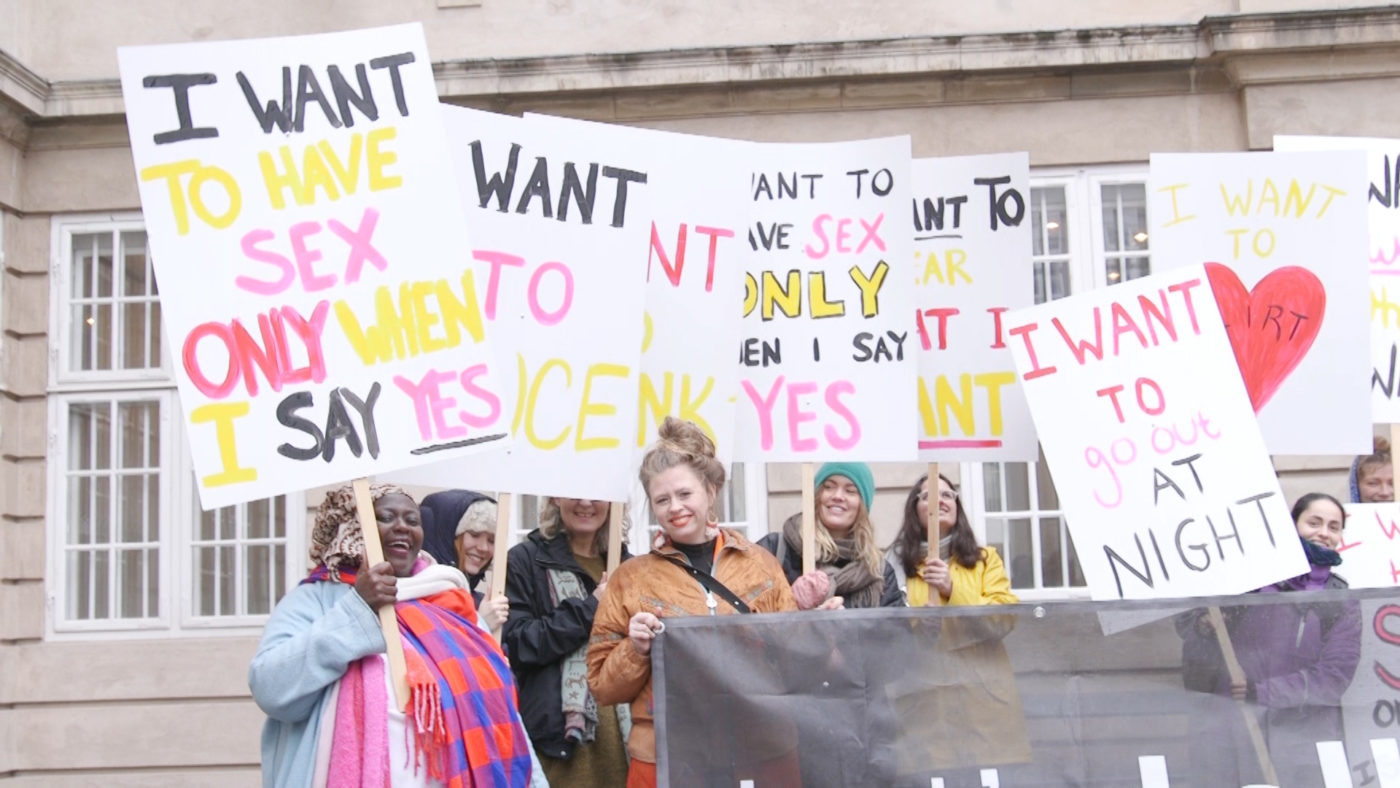 Despite laws criminalising sexual and gender-based violence, people suffer from these human rights abuses every day. Dominant cultures and social narratives allow this violence to persist, limiting opportunity for victims and survivors, potential victims, and even perpetrators to live their fullest lives.

Amnesty International, a global human rights NGO with members and staff around the world, has long worked to stop human rights violations including sexual and gender-based violence. These campaigns have generally focused on individuals and/or tried to change laws, rather than focusing on root causes. In 2018, campaigners at Amnesty in Europe began to develop a campaign aimed at addressing a key systemic cause of sexual violence: understanding what consent means

“We identified that changing the law, which was a concrete and needed objective in some countries, would not be enough to lead to sustainable and deep change,” said Monica Costa Riba, senior campaigner on women’s rights at Amnesty International’s Europe Regional Office. “More needed to be done on changing attitudes and addressing root causes as to why this violence was happening… Even in cases where we were focusing on changing laws, this was needed as a way to get enough support for the legal change.”

“Because we were trying to identify and focus on attitudes that actually prevent and influence the prevalence of sexual and gender-based violence. Challenging those attitudes, combined with the importance of talking about consent, would be the building blocks for a people powered campaign through the Campaign Accelerator,” said Costa Riba.

The result: Locally driven campaigns quite different from anything Amnesty has ever done in each respective country. Amnesty is impressed with the results thus far.

“We’re creating and fostering a community of activists who want to speak out against sexual and gender-based violence,” said Costa Riba. “Our campaigns are shifting conversation around consent and contributing to a shift in attitudes.”

Amnesty Denmark wanted to be one of the first offices to test this new approach to campaign planning. Scandinavian countries are often considered global leaders on human rights and gender-equality issues. There was a perception that rape was not as big a problem in Denmark as elsewhere in Europe. Facts showed that this view was completely wrong.

“We did research on access to justice for survivors in Denmark,” said Helle Jacobsen, a researcher with Amnesty Denmark. “As part of our research, we always asked what kind of change you would like to see in terms of access to justice.”

That research informed a Campaign Accelerator workshop that included Amnesty Europe and Denmark staff. Partner organisations joined in, including women’s organisations and survivor-activists.

Engaging activists as partners in the early–and intense–planning stages of a campaign was new to Amnesty. But in this case it worked. “It created a sense of community,” said Jacobsen. “The fact that we had survivors and partner organisations setting the objectives, deciding how and what we are going to work on, it has created some real ownership for them.”

In March, 2019, Amnesty Denmark released a report that received broad media attention, showing just how widespread rape was in the country. What followed was a very different type of campaign – not focusing on blaming an entity, or even legislative change, but on how Denmark could create a consent-based society that would protect victims – and prevent rape.

“We are speaking much more about what kind of society we want to see, rather than what is wrong with our society,” said Jacobsen. “We are communicating with hope” which was one of the key insights that emerged from discussing the issue with potential participants. [Ed note: Find more on hope-based communication here.]

In June, the government agreed to amend the law – which campaigners feel is the first step towards fixing the problem.

Amnesty Switzerland ran a Campaign Accelerator workshop with staff and three outside experts in early 2019. Switzerland launched its campaign with the results of an opinion survey in May, detailing the perception of the scale and extent of sexual violence in the country.

“We consulted different organisations on their needs. A lack of data came up as a problem,” said Cyrielle Huguenot, Amnesty Switzerland’s campaign coordinator. “Amnesty is known for bringing facts, so we thought, if we bring a new issue that we haven’t worked on before, we need some kind of evidence to be trusted and heard.”

Response to the report exceeded expectations. “It was the biggest success we ever had,” said Christine Heller, director of campaigns with Amnesty Switzerland. “It was just really amazing how the campaign snowballed. Politicians made statements that we did not even ask for. Academics supported our demands, and a major music festival invited us to be their official partner and to present the campaign to their 270,000 spectators.”

Social media and public engagement followed the survey report. A centerpiece of the Swiss campaign is a series of short videos and posters designed for sharing on social media. The public-facing messaging is provocative – and very different than the initial, academic-style report. The accompanying petition has gathered 36,000 signatures so far, with 37 organisations in support. 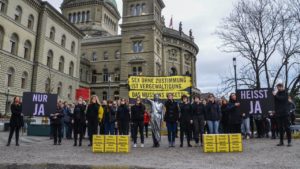 None of this would have been possible without the buy-in from staff, partners, and activists that came out of the initial workshop.

“As a campaigner, gathering a lot of people together and spending more time to think about the topic, our objectives, and how the campaign should look like is important,” said Huguenot. It is something they plan to keep doing. “We will try, in the future, to have even an afternoon or one day workshop, as it has proven success for ownership and knowledge for everyone.”

Building an entirely new discourse around sexual violence in Poland

Amnesty Poland knew that sexual violence was a problem. They had questions about designing a campaign that changed beliefs and systems instead of responding to a specific incident. The Campaign Accelerator allowed the team to think creatively about systemic causes and solutions.

“We were able to go outside of our typical roles and do something different, which unlocked creativity in a nice way,” said Katarzyna Niemiec, public relations specialist with Amnesty Poland.

The campaign soft-launched in August at a large festival. This allowed the team to further test and adjust the campaign message. The full campaign launched in September with both online and offline engagement tactics.

The campaign resonated on Instagram. Short media clips and photos went viral. Engaging Instagram influencers had a multiplying effect, prompting other influencers to participate. But in the end, the message was key.

“No one was really talking about this topic in such a way, and as it turns out, that’s important,” said Niemiec.

Social media attention caught the eyes of the press. News outlets reported on the campaign before Amnesty Poland did media outreach.

The end result far exceeded expectations. A petition received 35,000 signatures, well beyond the goal of 10,000. This is by far the most signatures received for a non-crisis campaign at Amnesty Poland. Czerwiński believes that the message played a key role in this.

“The workshop gave us the capacity to think outside of the box, [beyond] themes that Amnesty usually uses,” said Miko Czerwiński, a campaigner with Amnesty Poland. “In terms of narration and emotions, we created this campaign that is, first of all, positive and fun, and speaks openly about sex.”

Amnesty Peru held a Campaign Accelerator workshop for staff in late 2018, which emerged with a slightly different focus, on “machismo” in Peruvian society.

“Machismo is the root of gender violence.” said Joel Jabiles with Amnesty Peru. “It is everywhere; in schools, homes, street, police stations, institutions. It is essential that the State implements plans and programs, but it is not enough.”

Participants have since shifted how they work both within and outside the national office.

“For us, we appreciated the new methodologies,” Jabiles said. “We were able to focus more on designing campaigns based on people-power, and really integrating different teams and tactics into one process.”

The workshop shifted how Amnesty Peru builds connections with activists in the country, by providing a pathway to truly design with those groups from the very start.

The office applied the Accelerator methodology to build the campaign during workshops across the country, which allowed Amnesty Peru to integrate activists and partners from feminist and community organisations into the very early design stages. This also meant giving up control and letting partners lead.

“We think that they [the activists] should be the campaign, not only Amnesty,” said Jabiles. “We wanted this to be a campaign that [they] could appropriate. Not a traditional Amnesty campaign, with just Amnesty branding.”

As the campaign launches, it’s led by activists and grassroots groups, putting people-power at the forefront.

“We now have a base for the campaign,” said Jabiles. “Mostly grassroots feminist activists, but we’ve also worked this year with environmental human rights defenders, LGBTI activists and more. We are changing how people see Amnesty.”

Building towards a vision for truly consent-based societies

Amnesty’s new campaigns have achieved significant victories, and raised awareness of sexual and gender-based violence in several countries. But changing mindsets doesn’t happen in one campaign or one year. Much remains to be done to shift the accepted narratives of consent and reduce gender-based violence globally.

Nevertheless, the milestones achieved thus far are attracting attention. Other countries are also looking to work on similar campaigns. Jacobsen recently visited with staff at Amnesty Nigeria, which wants to work on the issue there, to share the Denmark experience. Seeing other countries learn from, adapt, and even innovate on what Denmark started has been meaningful.

“The hope is that we can build not only a Danish community, but a global community for those trying to build consent-based societies,” said Jacobsen. “If you really want to achieve change, you have to work together. That’s becoming more and more important, because we live in a world where human rights as well as women’s rights are really under pressure.”

Editor’s Note: MobLab has worked closely as a paid advisor to Amnesty International, profiled in this article, since 2017.

A big step for UNICEF: inviting volunteers to scale the mission 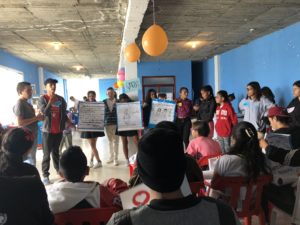 Systems design thinking is a weapon; let’s use it for good 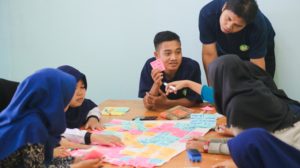 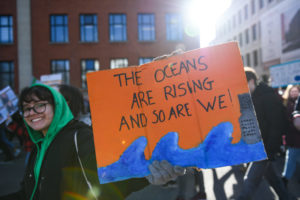