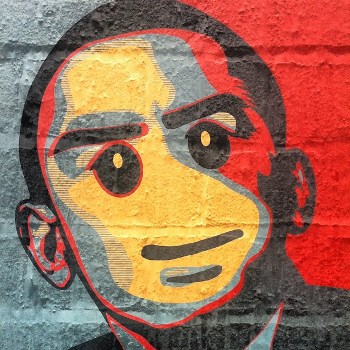 But Icy Poles aside, the digital conference had its own sticky appeal with exceptional speakers like David Hood, social collaboration architect and catalyst for change at Doing Something Good; to Tim Norton, Oxfam Australia digital active citizenship co-ordinator; and Tim Longhurst, founder and senior futurist at Key Message.

A big thanks to Oxfam Australia and the Centre for Australian Progress for putting the event on at the Hogwarts School for digital wizards.

We attended this conference for two reasons, to meet and network with leading organizations in this sector like Oxfam, Make Believe, Change.org Australia and Engaging Networks, but also because we’re moving towards distributed campaigning, and wanted to learn about innovations and best practice in digital and mobile conversion.

After weeding through many insightful presentations and inspiring conversations, here are my three key takeaways:

That means we need to start thinking more about the Mobile First principle. Essentially, to stop thinking of mobile as a secondary concern to the desktop and put it at the core of our planning. 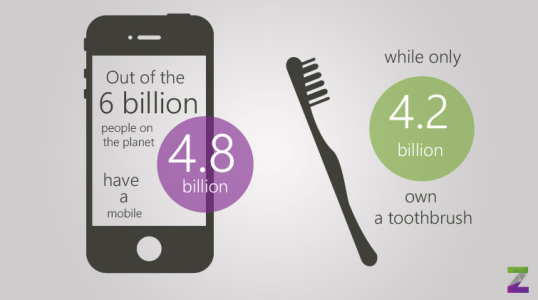 At Greenpeace Australia, we’ve learned this lesson first-hand with our most recent campaign SavetheReef.org.au. The site isn’t mobile optimized, and although we have had a good initial wave of sign ups, 40,000 people, we know we can do better with a improved mobile experience for users.

For us, it’s a big lesson about being responsive to the way people use the Internet, and building designs that adapt to whatever device a person is using.

This is new territory for many nonprofits, including us, and we’d love to learn where this is being done well. Please share examples in the comments below.

There was much talk of the success of online petition organisations GetUp and Change.Org and their models of business, particularly community petitions, where individuals can set up their own petitions on whatever issue they like.

GetUp’s version of this is called CommunityRun and a recent Australian example demonstrates the power of people-led campaigning.

It started when the public learned that the world’s second largest super trawler, the Margiris, would head to Australia to fish redbait and jack mackerel from Perth to southern Queensland.  Bec Hubbard, from Environment Tasmania, started a petition on CommunityRun, which led to 13 fishing and environment groups, including Greenpeace, joining forces to create the Stop the Super Trawler Alliance.

This catalyzed people protests, fisherman boat protests and 55k signatures in 35 days (that’s more than one person signing up per minute), which led to the Australia government banning super trawlers from fishing Australian waters for up to two years while more science is done to test its sustainability. (Check out the full story rundown here)

This is one of many examples of people-led campaigning, and I see huge potential for these types of community campaigns, like increasing renewable energy in schools, for example.

I’m interested in learning how Greenpeace can harness the depth of legitimacy that comes from this bottom-up grassroots campaigning — campaigning that is powerful, hard to ignore and cuts through the noise into mainstream media and is amplified through social media.

Should we look at using a similar style site to CommunityRun, which is run on an open source platform called ControlShift? Their mission statement really speaks to me and I think it is a conversation worth having.

“When our movements go beyond broadcast, we return to our roots as community organizers. Sending national email broadcasts isn’t sufficient to win progressive changes. Our software combined with your organizing advice and support helps make empowered local leaders possible.”

I know Greenpeace India is currently exploring this model using ControlShift (read the story here) and I look forward to watching their progress.

This was the trending topic of the conference for obvious reasons, and I’m sure you have all read or heard about how the use of data was key to winning. Think micro-targeting and insane levels of segmentation and testing we lesser mortals can only dream of.

What I wanted to mention was the notion of campaign transparency.

Obama 2008 saw senior campaign strategists doing regular YouTube video updates, which they sent to their community through e-mail blasts. It gave supporters details on the what, when and how of the campaign strategy roll-out. Obama 2012 saw even greater levels of strategy sharing with supporters.

This approach makes a ton of sense. If people have a grasp and insights into what you are trying to achieve, and the steps you are going to take to achieve them, there is greater allegiance and alignment with the cause.

Explaining why you are asking somebody to do something is more powerful, then just asking them to do it (as a parent I am well aware of this).

We plan to adopt this strategy into the next phase of our Save the Great Barrier Reef campaign. For example, can we explain how 5,000 shares of an infographic directly correlates to petition signatures, which holds power to sway governments?  We’re up to this challenge.

After the conference had ended I was wandered the streets of Melbourne — it has street art that rivals New York and Amsterdam and stumbled across the re-election campaign launch of Adam Bandt, Greens MP. On the walls of the venue where the function was being held was his campaign strategy for all to see, step by step right up the WIN. And it got me thinking about how to introduce more transparency more collaboration and more of a sense of shared ownership with our campaigns here at Greenpeace. 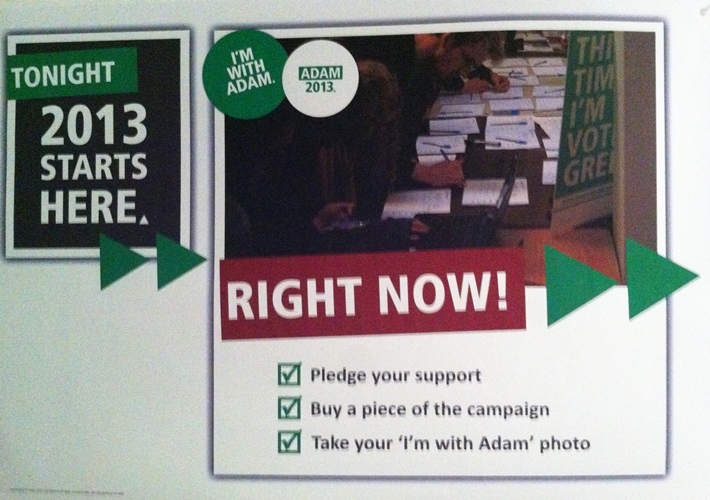 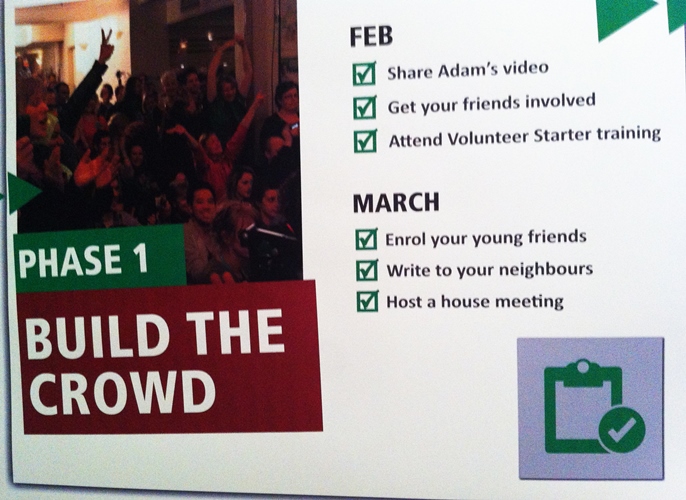 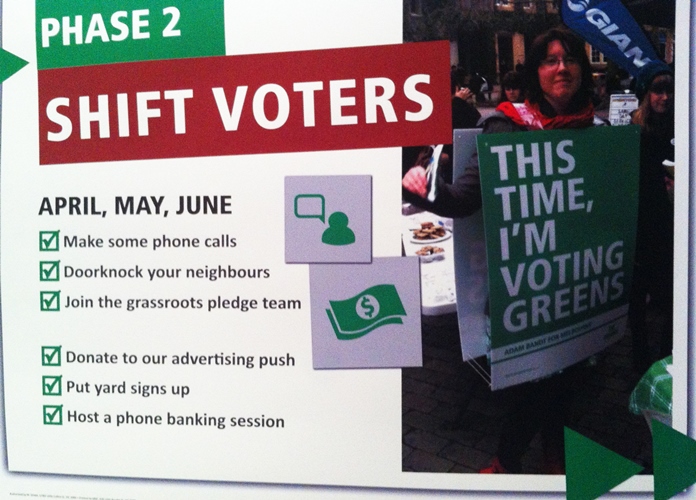 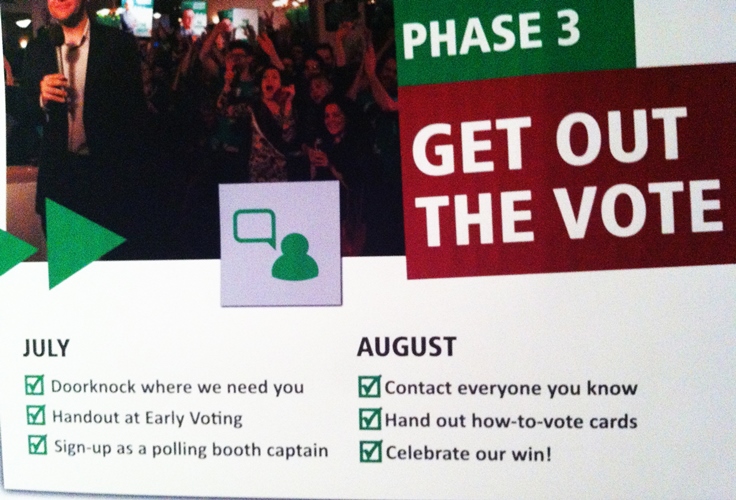 —  Thanks to Jamie Ling at Greenpeace Australia for contributing this article 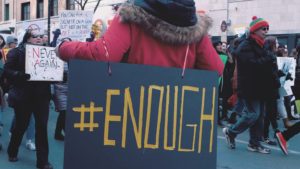 CampaignCon 2016: We are here to change the world

120 campaigners from 43 countries met at CampaignCon 2016 to share expertise, build network strength, and grow campaign capacity. Here's what we learned. 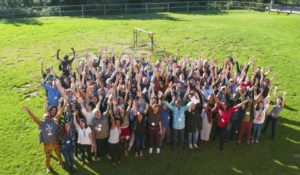 Campaign Bootcamp launches in the UK 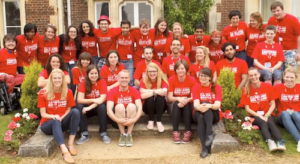