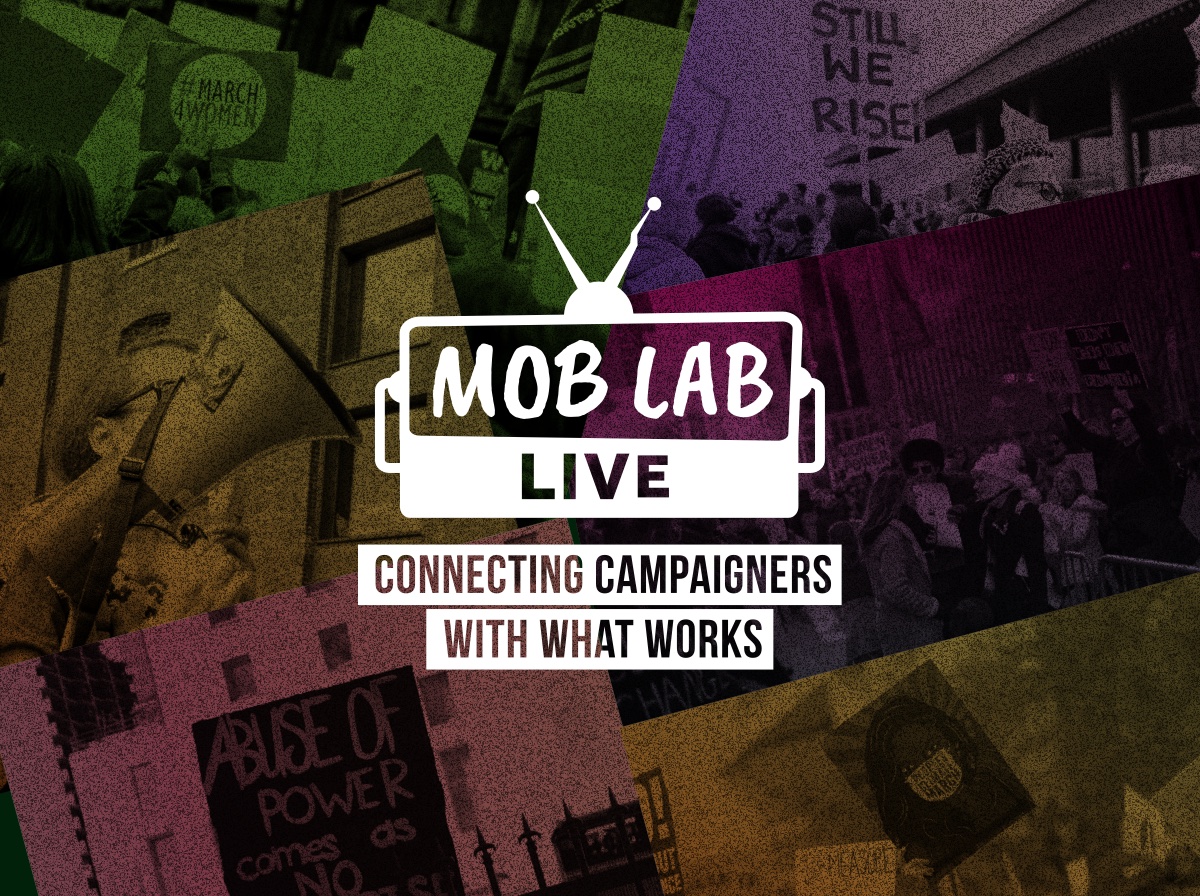 Fast-moving and innovative social movements are rising around the world. Many of these share goals with Greenpeace and other campaigning organisations. We see this in Occupy and Black Lives Matter in the U.S. We’ve experienced it with Ayotzinapa in Mexico, the #LeyMordaza fight in Spain, Brazil’s anti-World Cup movement, the Sunflower movement in Taiwan and many other popular campaigns for social change.

When does it make sense for groups to interact with new movements? Can campaigning organisations engage with, and help, rising movements to expand one another’s networks and scale impact? And how do social movements benefit from the involvement of larger organisations while retaining their independence and vision? Greenpeace and many other organisations are wrestling with these questions—as are growing movements around the globe.

On 2 March 2016, we were joined by movement leaders Leslie Mac of Ferguson Response and Alba Villanueva of No Somos Delito to talk about how organisations and social movements work together. Watch a recording of this MobLab Live event:

Leslie shared her five questions to ask that can move us from competition to collaboration as movements and organisations: 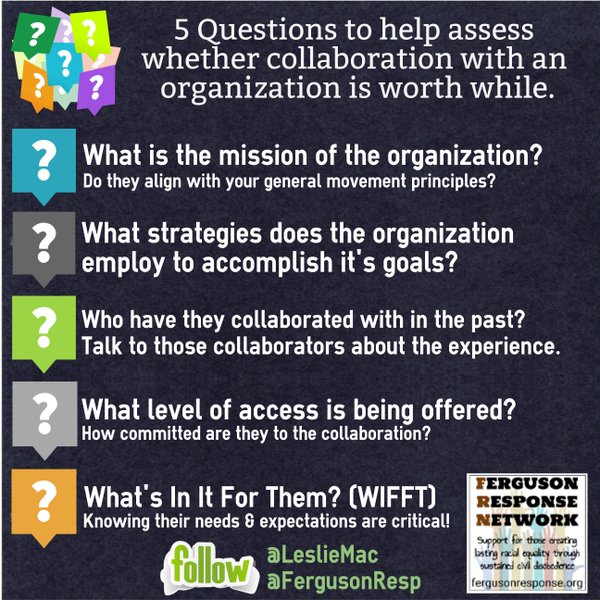 Key lesson: Effective collaboration on a common cause

Alba from No Somos Delito shared some of the key lessons she has learned while fighting Spain’s Gag Law in coalition with 100+ groups:

'Get out of your office + meet w/ movements on the streets to improve collaboration.' - @Nosomosdelito to NGOs in #MobLabLive

Leslie Mac is a Brooklyn born and raised activist and a first generation American of Jamaican ancestry. After organizing the NMOS14 action in Philadelphia, she created the Ferguson Response tumblr to connect nationwide efforts supporting the important racial justice movement started in Ferguson, MO. She has since expanded the Ferguson Response Network to include a podcast devoted solely to the Black Lives Matter movement and providing additional support for organizations working to create lasting social change through sustained civil disobedience & civic action. Recent projects include the Movement for Black Lives Convening, Women’s Freedom Conference & #SlaveryWithoutASmile focused on truth in children’s literature. She attended Northwestern University, Medill School of Journalism and currently lives the Michigan where she is working with local organizers in Flint and other areas of the state. You can follow her on twitter @LeslieMac

Alba Villanueva is a journalist specializing in social communication, and has been deeply involved in the #NoSomosDelito movement, including organising broad-based actions, communicating with the public, and behind-the-scenes movement building. She has appeared frequently in community media (local radio & TV) and has been prominent in the social economy movement in Madrid.

City of Dreams: How millions are now voting to stop climate change

In Brazil, changemakers are testing ways to convene diverse partners, turn data into decisions and open up their campaigns.