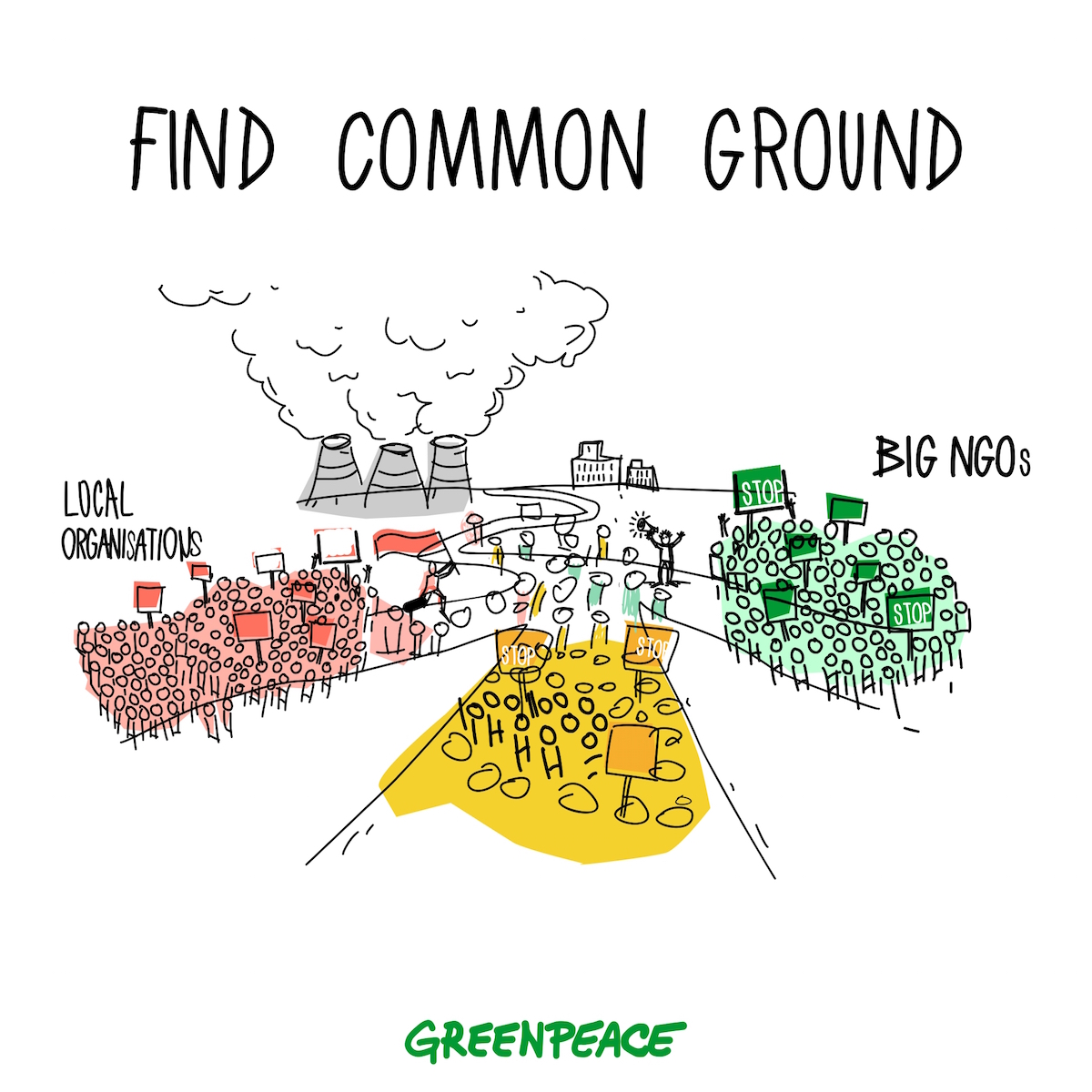 Greenpeace and other organizations are increasingly working with movements around the world – and finding they have much to learn. Earlier this year, NGOs and social movements collaborated on Break Free Action Week.

As part of a non branded coalition, 350.org and Greenpeace brought communications, direct action and legal experience to Break Free. This helped local leaders escalate their work against fossil fuel projects and made room for direct actions questioning the social license of fossil fuel companies around the world.

Based on their experience and recent Climate University sessions, Greenpeace campaigners have agreed on four golden rules for NGOs to follow when forging partnerships with social movements.

1. Don’t be too bureaucratic

We learned that social movements and NGOs are very different entities. Those with more resources (budget, staff, equipment, offices, etc.) need to be aware of different timeframes, decision making structures and resources. Many of  procedures NGOs have in place to help their work seem cryptic and unnecessary to community groups who often meet face to face and agree on things verbally. 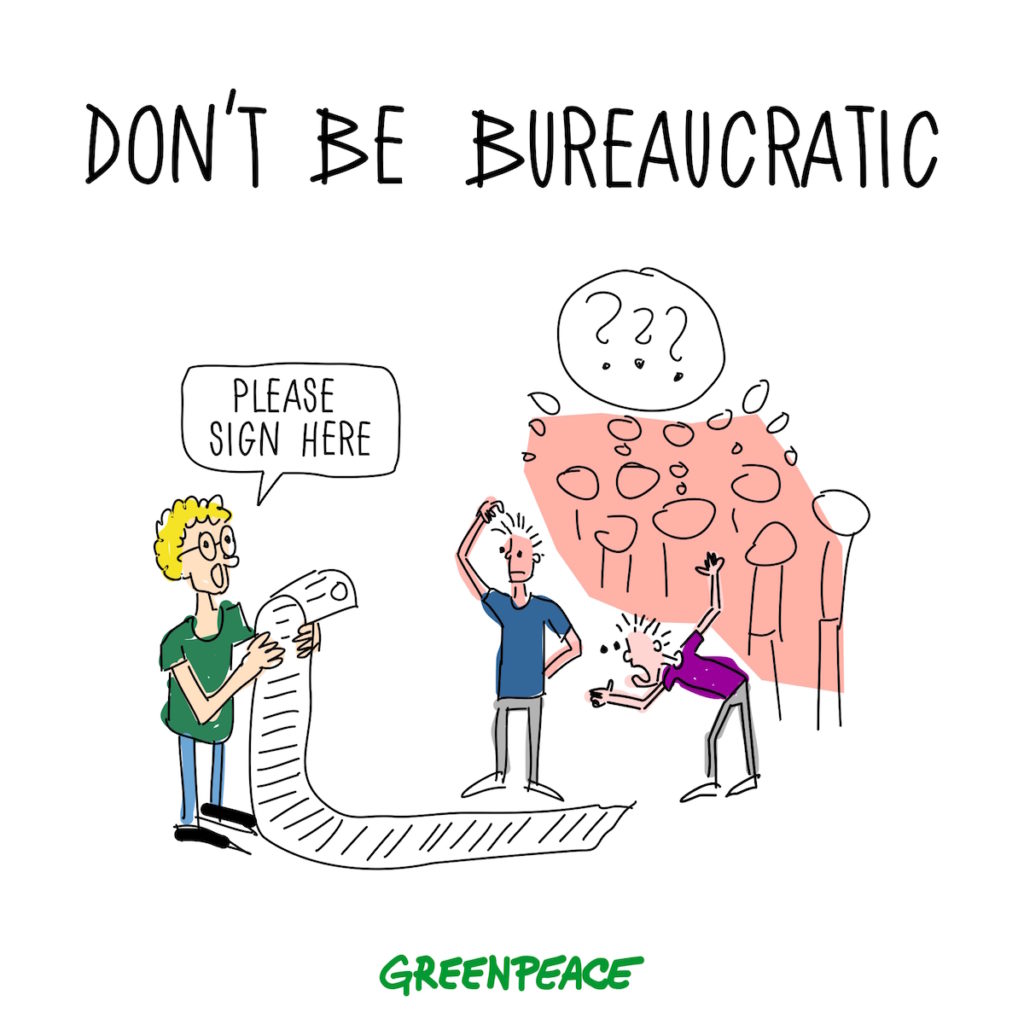 NGOs may run fixed term campaigns on a fossil fuel project. Community groups, however, have been fighting for decades and will continue to do so when NGO deadlines come and go.

Address this by clarifying intentions and expectations with partners early on. NGOs, local leaders and others can also nurture relationships beyond the lifecycle of single campaigns and projects.

NGOS will have the in-house legal and action expertise needed to make sure  activists stay safe and healthy during protests and actions. It is important that NGOs share resources before, during and after actions and train activists to be able to plan and carry out actions in the future by themselves. 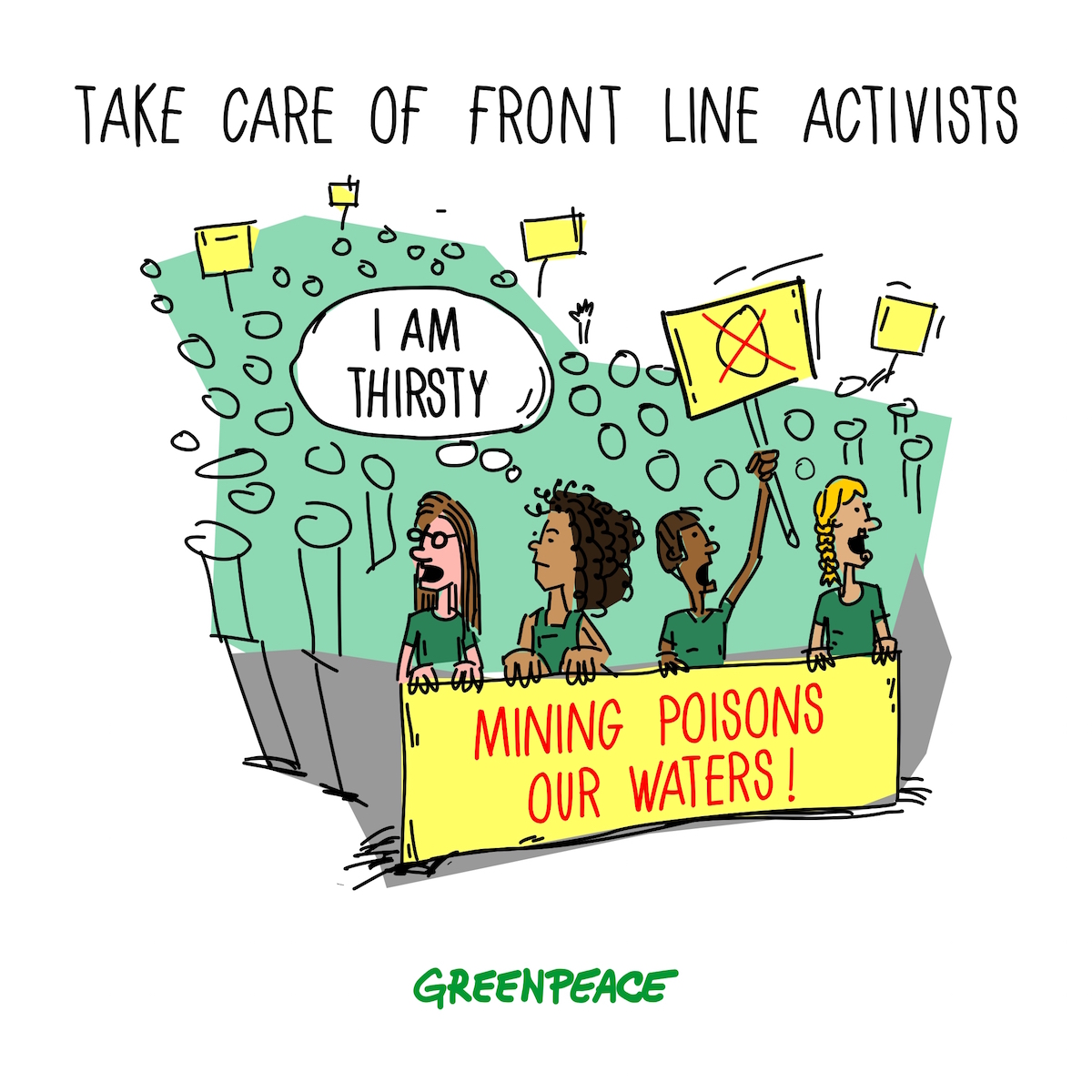 4. Give space to others

NGO participation in a local campaign can help attract national and even international media attention. This can help local campaigners get the scale needed to influence intransigent decision makers. The downside is that brands often take a lot of the media space and may overshadow local heroes and their ongoing work. This can become counter productive. NGOs need to ensure that local activists are given space to represent their issues alongside bigger picture goals such as fighting the fossil fuel industry’s influence. 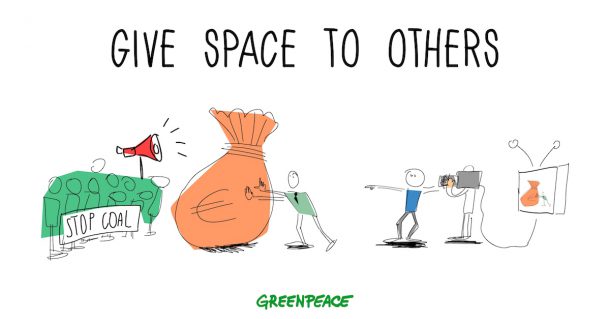 The challenge for those working in medium to large NGOs is this: can we can overcome our organisational and ideological boundaries to forge partnerships with a wide variety of social movements, put the spotlight on the global fossil fuel elite and end their disastrous influence on politics and development around the globe? We at Greenpeace will continue to learn by doing.

Learn more by watching a recent MobLab Live session: Organisations and Social Movements. Can we work together? Should we? How do we know when it’s right and how do we make it work?

What are you learning about NGOs and social movements working together? Share your experiences in the comments below or tweet about this story @MobilisationLab.

This article was co-authored by Virag Kaufer and Charlotte van der Tak of Greenpeace International. And special thanks to Milan Mezei for creating the images. 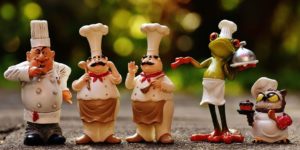