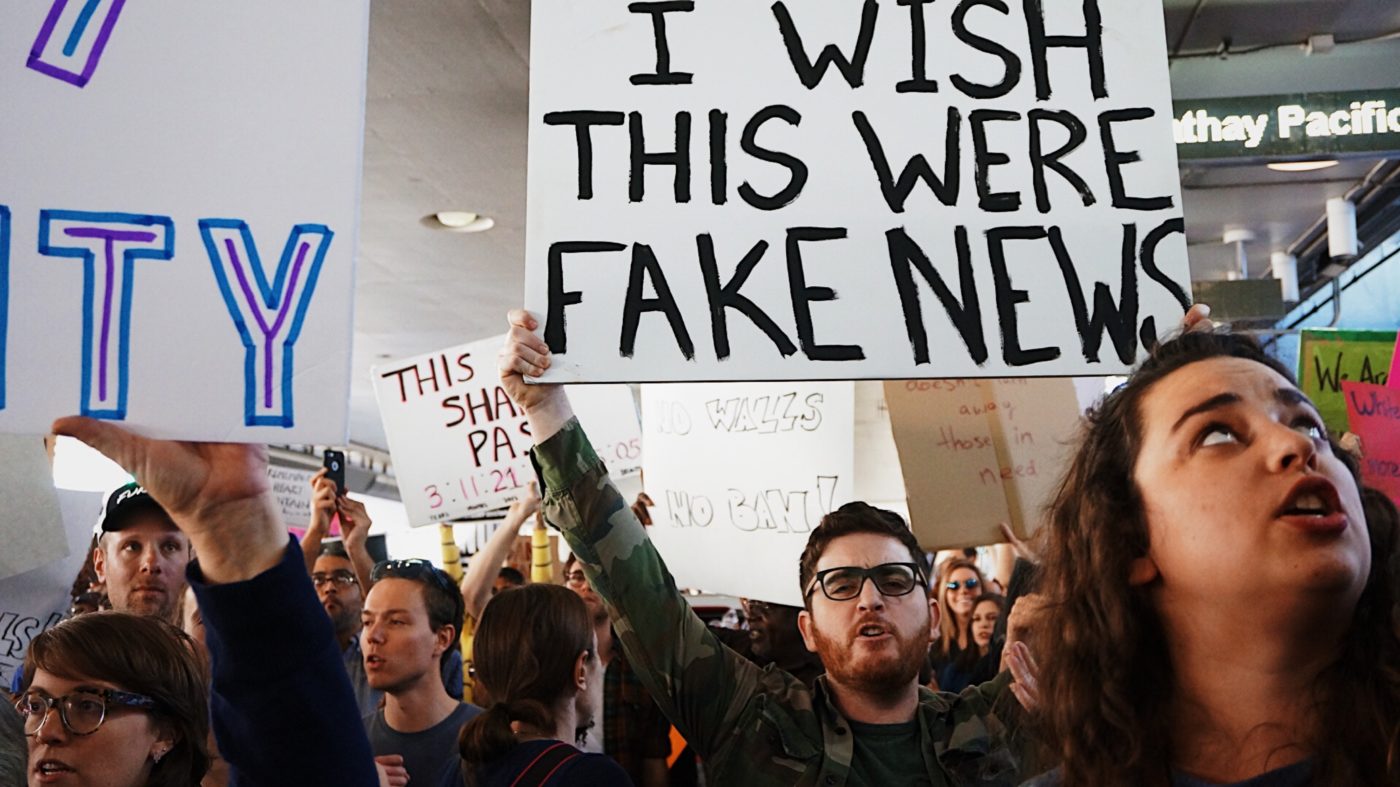 Campaigners around the world face government censorship, partisan corporate media, ‘fake news’ that puts the trustworthiness of all information at risk, and closed social media networks where rumors spread unchecked. Meanwhile, the human brain is hardwired to pay closer attention to negativity and threats. Social media platforms are programmed to identify attention and give people more of what they seem to want.

How do activists, campaigners and organisers communicate effectively in this environment? How do we beat information, grow movements and win? Can positive narratives work or do we fight fire with fire?

These are some of the questions MobLab Live covered on 20 June, 2018. Global campaigners were joined by guests Rachel Weidinger [The Narrative Initiative, US], Dawood Khan Batozai [Communications & Advocacy Strategist, Pakistan], and Kateryna Kruk [StopFake.org, Ukraine] to share experiences and ask questions about creating positive, winning narratives in a “fake news” world.

Our guests talked about creating a long-term, collaborative framework for creating positive, trusted narratives. We looked at how people’s voices and user-generated news are working in Pakistan while transparency and fact-checking are deployed in Ukraine. Guests also discussed how organisations and coalitions build capacity – the muscle – to create positive narratives.

Watch a recording of the session here and catch up on all the takeaways below.

Propaganda and mass manipulation are not new

Propaganda is as old as communications. Today, however, mobile phones and online social platforms make propaganda and its impacts different. Social media platforms need human attention. They’re continually optimising algorithms to show people content that keeps them on the platform. This sets up social media to influence masses of people on a scale – and at a speed – never before seen.

Meanwhile, as Rachel Weidinger points out, humans have evolved to pay more attention to fear, risk and emotional intensity. Social media platforms are built to emphasise the information to which we pay attention. It shouldn’t be a surprise then that a recent MIT study noted that fake news moved six times faster than the factual news. Algorithm builders sitting at Facebook HQ track what gets and keeps attention. Fear and anger are compelling tones in the civic sphere. Our challenge is to navigate what algorithms look for with what’s positive and responsible to the community.

Build trust through your platforms and narratives, but it takes time

Trust (like fear) spreads across networks. Lack of trust and unity prevents progress in civil society. Work with organisations and advocates focused on other issues to build trust networks that counter propaganda and fake news. Kateryna Kruk spoke of her experience in Ukraine building positive narratives to counter fake news: it’s a long haul project.

Help people ask good questions and understand news. Empower people by sharing the origins of your messaging and information from other sources. Model transparency and fact-checking. In the Ukraine, Stop Fake created, trained and supported a group of “Stop Fakers” – volunteer fact-checking leaders.

People living and working near each other are more likely to trust one another, even when they have different ethnic, political or religious backgrounds. This isn’t always true, of course, but it helps explain why personal stories can have outsized impact and local news is often more trusted than national reporting. In Pakistan, explains Dawood Khan Bhatozai, individuals are reporting local news with smartphone videos. People share and trust these stories, often more than national reporting. This reminds of examples of personal storytelling impact shared by Tamseel Hussain from India-based People Like Us Create in a MobLab Live earlier this year.

Collaborate now so that you have relationships and shared resources to draw on when a crisis arrives. Rachel Weidinger talked about a four fold approach to building narrative change capacity:

Be mindful of the impact your narratives have on people

The ability to express dissent is being restricted in many countries. What you say and how you say may have repercussions on other activists and people in isolated or at-risk communities. Avoid giving the state an excuse to crack down on you. And if they do, use it as an opportunity. Kateryna Kruk, for example, talked about publicly sharing when your campaign or social media presence is attacked by bots. Use these events as an opportunity to share your narrative and show the public how information is created, attacked and threatened.