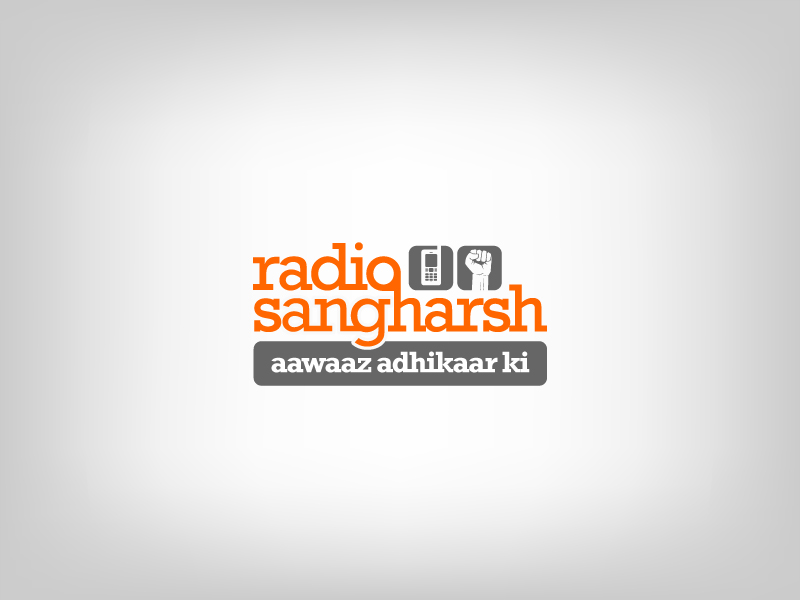 Imagine living in a remote village in India and having the forest, which is your livelihood, in jeopardy because of large coal companies. How can you get your voice, and your story, shared to people in the urban centers who could make a difference?

Greenpeace India has embarked on an exciting project to reach the rural grassroots in central India and facilitate having their voices heard through mobile radio.

Called Radio Sangharsh, villagers can use their mobile phones and call a number free of cost, disconnect and have the server call them back with the option to either leave a voice message story or listen to the stories of other villagers.

This is part of the Greenpeace campaign to bring out stories from the Mahan forest in Madhya Pradesh in light of coal companies looking to clear the forests.

For the past two years, Greenpeace has been mobilising people from these villages by making them aware of their forest rights and asking them to speak up against companies who are trying to clear the forests. 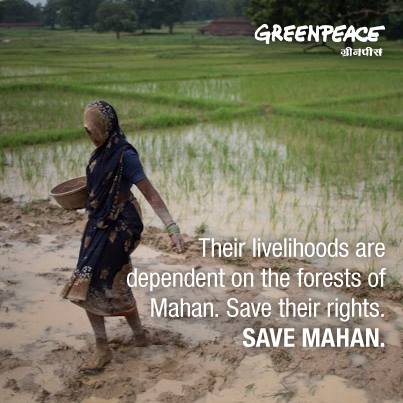 One of Greenpeace’s images sharing information about the Mahan forest struggle.

Sachin Singh, Greenpeace mobile campaign manager, says Greenpeace India has previously mobilised people by sending out text and voice messages to urban audiences via a list call inviting them to support their cause.

Because of the nature of the Greenpeace campaign around forest reserves the rural parts of India are being engaged with a grassroots campaign.

There are approximately 60 villages in this central part of India that are directly dependent on the forest for their livelihood. The campaign is bringing to light why the forest reserves should not be cleared for goal mining projects.

Radio Sangharsh is being used in the Mahaan Region in central India, which has approximately 1,000 people. Almost every home owns a cellphone, says Sachin.

CGnet Swara is a nonprofit that created the technology for mobile radio and was using the tool in India’s grassroots villages. Swara is free and open-source software originally developed as a Massachusetts Institute of Technology project, and is currently maintained by Mojolab Foundation with the support of Microsoft Research India and several volunteers.

Sachin says because they were getting into the grassroots and mobilisation through mobiles the idea of mobile radio was a fit.

Villagers make a call to a mobile number or landline number, which is then disconnected and the server calls them back. A message plays welcoming them to Radio Sangharsh (a Hindi word that translates to struggle). The message, recorded in Hindi, invite people to press one to record something, or press two to listen to someone else’s story.

When a villager records their own message they have three minutes. Villagers can share stories, traditional knowledge, folk songs and grievances from their lives in Mahaan and how important the forest is to them.

After the stories are recorded, Greenpeace India listens to them, edits them when required (not tampering with the message) and then uploads them onto the phone system so others can listen to them. When the option to listen to a story is selected, the user can listen to up to three stories at a time.

“We get to know what are the kind of different challenges the villagers are facing, who are the people responsible for pressurizing and pushing them, and then there is a call to action,” Sachin tells MobLab.

For example, a common issue is people facing displacement. In one center a mining company displaced people and promised they would be given access to facilities like hospitals and schools. This promise is not being fulfilled, creating anger among the villagers.

In order to help villagers understand how to use Radio Sangharsh, Greenpeace connected with 25 villagers who have been proactive in the campaign to preserve the forest and shared what the tool was all about and did some practice calls. These villagers are acting as amplifiers to help get the tool used in the villages.

The Radio Sangharsh project started in July, and within a month had 150 stories recorded. Not all of these stories can be published because often the call is not completed or the user does not provide the required dial-back information, notes Sachin.

Sachin says the one of the lessons being learned is communicating the importance of mobile phones to the rural population in India, which is not very tech savvy.

Another area of learning is using mobiles to mobilise the grassroots, which is a new campaigning tool for Greenpeace India. Sachin notes mobilising through mobiles is coming in handy as the campaign team works in a hostile environment in the region due to the continuous threat from the mining company.

There are also technical issues that arise, such as when the server goes off.

Sachin says now that the stories are coming in from the villages it is important to have them create an impact.

Radio Sangharsh is aiming to push the stories into the larger world. Sachin says there are calls to actions included that the urban population can act on, as the villagers are not being heard. Someone from the media or city can hear about the issue and through a few phone calls to the right person an impact can be made.

The team will be looking at how to make the call to actions lead to concrete impact or solutions.

“Unless we create an impact the villages will think this tool isn’t helping anyway,” says Sachin.

Project Challenges and Next Steps

Sachin points to the following as challenges the mobile radio project is facing:

In July, there were 99 calls made in total, approximately half from amplifiers or interviews, with seven calls uploaded. In August, this number jumped to a total of 223 calls, of which 159 were blank, and 26 calls uploaded.

The numbers show that villagers are starting to open up and call the number, which is a good sign, says Sachin. In the coming months, and as the on-ground battle intensifies, he says they hope to see more people reporting stories from on the ground.

Sachin Singh will be sharing about the project during a MobLab Peer Learning session on Oct. 1 during two sessions at 8:00 CEST and 16:00 CEST. Those interested to attend are asked to RSVP by Sept. 27.

Click here to visit Greenpeace India’s website about the project and listen to the voices of villagers.

In other news:
The sorry plight of the villagers in Mahan 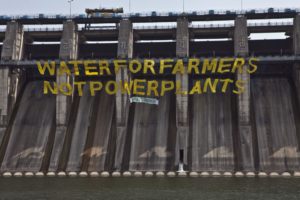