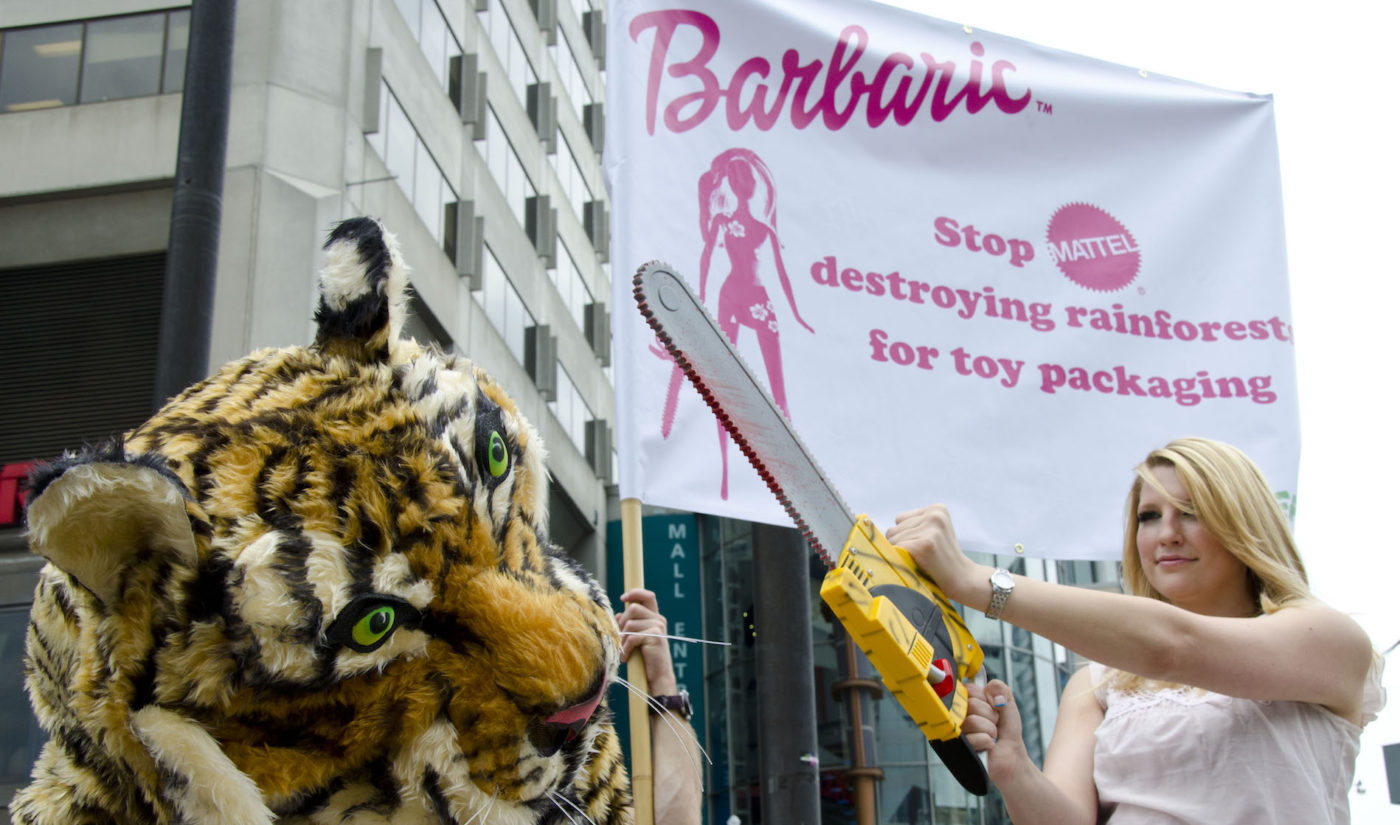 A Barbie doll evokes different images for different people. Regardless of your views on Barbie, her boy pal Ken, or even dolls in general, close your eyes and take a moment to imagine Barbie with a chainsaw.

Blame it on the toy company Mattel. They are the multinational children’s dream factory that for years packaged Barbie (and her accessories – a girl needs accessories) in paper produced by destroying Indonesian rainforests, home to a wide diversity of species including the endangered Sumatran Tiger.

Mattel was buying packing paper from APP (Asia Pulp and Paper), a pulp and paper producer whose on the ground operations include timber harvesting in Indonesian rainforests. As an APP customer, Mattel could (and did) choose to NOT use rainforest-sourced paper. This pressures APP to change its practices. It is worth noting that Danone and National Geographic have also dropped APP (while Barnes & Noble and Countdown/Progressive of New Zealand are among current customers).

Much of the responsibility for Chainsaw Barbie rests on a creative team of campaigners and volunteers at Greenpeace UK. In June 2011, Greenpeace began a campaign that used Mattel’s iconic Barbie and Ken dolls to carry the message that rainforest destruction paper must get out of their lives (and Mattel’s supply chain).

As an important APP customer, Mattel had significant power to influence APP’s practices. 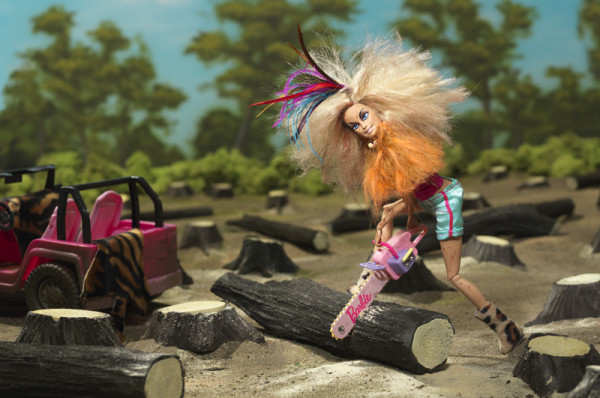 But who influences Mattel? Customers and the public in general. As a purveyor of children’s happiness, Mattel has no interest in public perception tarnished by practices that wipe out rainforests, tigers and more. Greenpeace and others could tell them that but it was up to the public to make it really sink in.

Nothing says Mattel quite like Barbie. Chainsaw Barbie became an image (and later a doll in her own right) that Greenpeace believed could break into the public perception like no other. The first appearance of Chainsaw Barbie came in mid-June, 2011.

Volunteers mobilise the country to look for Chainsaw Barbie: How it happened

With her spiky hair and leopard print boots, Chainsaw Barbie might appear to be a ruffian — perhaps even a fugitive. The campaign team used this characterization to their advantage and set out to engage people across the UK in searches for Chainsaw Barbie. The hunt was on.

Working with a team of volunteers, campaigners secured 800 Barbies (primarily on eBay). A volunteer attached a new tag (with a QR code and unique identifier) and chainsaw to each Barbie.

Then, a team of volunteers hid Barbies across the UK. Many online activists (most were not regular volunteers and many  had never done anything offline) were also invited to to hide Barbies. A couple dozen responded and were sent packages of Barbies to hide, as well. 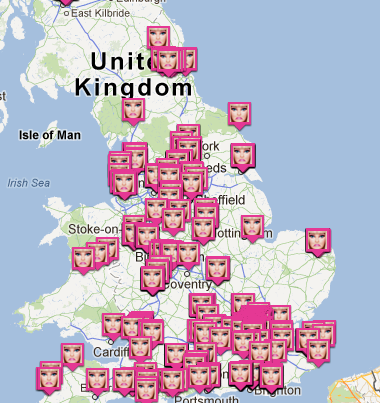 Map of Barbies hidden across the UK by volunteers.

The Barbie teams hid about 800 dolls across the UK, registered the latitude and longitude of their Barbies on a Google map, took photos of the location, and created clues to each location. At least one team hiding a Barbie made a video explaining what they were up to.

Supporters across the UK were challenged to find Barbies based on the clues provided. Barbies were found in parks, pubs, office buildings and other locations across the country.

People reporting their Barbie finds were asked to join the Barbie Investigation Bureau. The campaign also kept momentum by inviting people to join “secret missions” they could undertake with the Barbie. The high profile, volunteer driven activities all had strong social media elements, adding to the pressure on Mattel to negotiate their position on rainforest paper.

Earlier this year we got Greenpeace UK’s Tracy Frauzel to tell us about the Barbie hunt portion of this campaign:

Why Chainsaw Barbie worked (and a note of caution for campaigners)

A note of caution

As public enthusiasm for the Barbie campaign grew, particularly around the Barbie hunt and ensuing secret missions, it became clear that the team was creating a broad team of active volunteers that wanted to do more with the campaign. Meanwhile, the ultimate goal of the campaign was to get Mattel to change their packaging and paper use to help protect the Indonesian rainforest.

The campaign team soon grew limited in how much it could ask of the Barbie volunteers. Additional pressure on Mattel may have pushed the company away from negotiations. It was difficult to convey this to the volunteers and Barbie teams, though.

The campaign was successful politically and publicly: Mattel agreed to stop using rainforest paper from APP and strong public engagement helped make that happen.  For campaigners, however, this also became a lesson about the need to openly engage committed volunteers and activists. The Barbie campaign reached a point where people were interested in doing more than the campaign was able to ask of them. Campaigners were also limited in how much they could say about the need to slow down secret missions and other activity. Ideally, activist and volunteer expectations can be met by the campaign and that wasn’t always the case here.

Related information included in this story 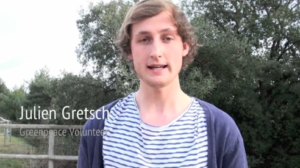 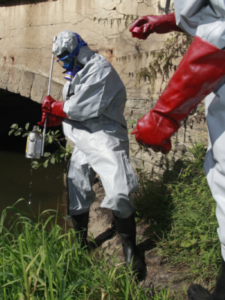