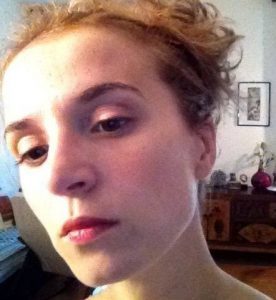 A Dublin-based group of human rights lawyers is mounting a lawsuit aimed at reframing climate change as a human rights issue.

By suing Europe on behalf of children, lawyers are testing environmental law and using a lawsuit to support mobilisation and awareness building strategies.

Global Legal Action Network (GLAN), a Dublin-based human rights NGO, is preparing a lawsuit in the European Court of Human Rights against European governments. They argue that the states are violating the European Convention on Human Rights by denying their clients the basic human right to live in a healthy environment.

The case began in the wake of Portuguese wildfires last summer and autumn that killed 65 people, left more than 250 injured and destroyed 44,969 hectares (111,120 acres) of land in June. A second wave of wildfires swept Iberia in October, leaving 45 people dead in Portugal and killing four in Spain. Scientists have been warning for years that global warming would make the Iberian Peninsula vulnerable to wildfires. According to a 2015 study, the expanse of territory likely to burn in future fires will triple in the next 50 years.

Climate change is a human rights issue–especially for children

Researchers at GLAN have been searching for ways to frame climate change as a human rights issue. One of the organisation’s legal researchers, Rita Mota, is a Portuguese national who was on a home visit during the summer of 2017, just after the first wave of wildfires. Mota met several distraught families. “Everyone was in shock; there was a lot of awareness that climate change was a factor,” Mota told MobLab.

These families include the seven children who are plaintiffs in the lawsuit GLAN is bringing before the European Court of Human Rights (ECHR). The plaintiffs, or “applicants” in ECHR jargon, are Mariana, aged 5; Leonor, 8; André, 9; Simão, 11; Sofia 12;  Martim ,14;  and Cláudia, 18. They are all children of families Mota met when visiting Portugal. “It just came together very naturally and organically,” said Mota.

GLAN director Gearóid Ó Cuinn told MobLab that legal action was “still at its preliminary stages.” Speaking by phone, he explained that his team was doing research to determine which European governments it would sue. Technically, they could sue all 47 Council of Europe member states, since the the case will be brought before the ECHR. But Ó Cuinn wants the focus to be narrow and specific.

“We want to be science based, so the scientists need to determine which countries to sue,” said Ó Cuinn. 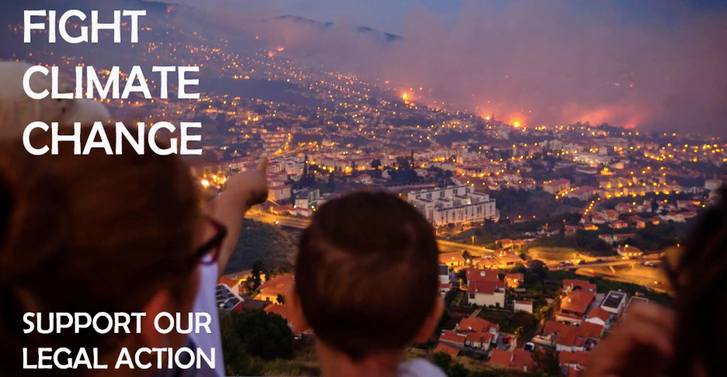 A lawsuit being brought by a group of children against European countries is being crowdfunded by GLAN.

GLAN launched a crowdfunding campaign on CrowdJustice on September 25th to fund its legal work.  They met their initial target of £20,000 (or about U.S. $26,000) by 18 October, thanks to the emotional impact of the video featuring the seven kids. The campaign attracted the attention of international media, including the The Guardian.

“The voices of the children are most effective at spreading the message. They stand to lose the most and for that reason it seems are best able to convey the need for urgent action,” Gerry Liston, a lawyer at GLAN, wrote in response to questions MobLab sent to him by email.

After meeting their initial funding target in October, GLAN set a new stretch target of £100,000. “Our legal and evidential costs are fixed and the funding we generate beyond those amounts will go into advocacy/publicity type work to ensure non-legal impact,” wrote Liston.

GLAN is also reaching out to various institutions and philanthropic organisations to generate additional funding. The team has found social media platforms, particularly Facebook and Twitter, to be an effective means of attracting the attention of traditional news outlets. Ó Cuinn mentioned, for example, Irish journalists working abroad were particularly responsive to direct messages from GLAN because it is an Irish NGO. In other words, social media helps connect the campaign to Irish and other European citizens scattered around the world.

The main objective of this campaign is to “force the governments we sue to adopt measures that will result in cuts to greenhouse gas emissions by an amount and at a rate consistent with what the climate change science indicates is necessary to prevent, to the extent possible, the threats posed by climate change to the human rights of the children we are representing,” wrote Liston. “We intend to achieve this both directly, through the legal action itself, and indirectly by raising awareness.”

Article 46 of the European Convention on Human Rights mandates that member states are legally bound to comply with judgments ECHR rulings in favour of the applicants. If GLAN wins its case, it will effectively force European governments to cut their emissions.

GLAN relies heavily on traditional press releases, but in this case social media platforms are generating more awareness of crowdfunding because social media posts, and the links in them, are much more shareable.

A watershed moment in the climate fight?

The ECHR is is the most important body at the Council of Europe. It is an international organisation with a mandate to preserve democracy and human rights across the continent—including in states that are not EU members, such as Russia, Ukraine and Turkey.

The Convention protects the right to life and the right to having a family and a home, both of which are endangered by climate change, as it has been particularly explicit in the case of the Iberian wildfires.

“The European Convention on Human Rights has held that Article 2 imposes on states an obligation to put in place a legislative and administrative framework designed to provide effective deterrence against threats to the right to life,” wrote Liston. He added, “We will make a similar argument in relation to Article 8, which concerns the protection of privacy, the family and the home.”

The European Convention on Human Rights also explicitly prohibits any form of discrimination. Climate change, attorneys argue, is a form of discrimination because it disproportionately impacts children. “Kids stand to be more affected by climate change. We [adults] will be dead,” said Ó Cuinn. “It’s a near-future threat that hasn’t been properly addressed by governments.”

“The idea that collective choices will have an impact on future generations is one of the current hot topics in ethics philosophy, and to a lesser extent in law philosophy. It will likely shape public debate surrounding climate change in the future decades,” said Gianfranco Pellegrino, a professor of political philosophy at LUISS University in Rome. Pellegrino’s work focuses on the concept of future generations.

American philosopher John Nolt, in a seminal paper published in 2011, estimated that “the average American is responsible, through his/her greenhouse gas emissions, for the suffering and/or deaths of one or two future people.” From an ethical point of view, “climate change is similar to public debt: the current generation is profiting from something—in this case, industrialisation—that will negatively affect future generations,” said Pellegrino.

GLAN’s suit could become a watershed moment in the fight against climate change, because it frames it as a human rights issue. The idea is to pressure governments and institutions to address the problem with a greater sense of urgency.

The case also highlights how climate change is increasingly becoming a generational issue. Children will bear the cost of the damage done by adults.

“The question is, do we have any right to profit at the expense of people who aren’t born yet, or who now are just small children?” asked Pellegrino. “Or is it our legal and moral obligation to make sure they won’t pay the price?”

How 350.org is using open and iterative approaches when localising a global divestment campaign for Japanese audiences.