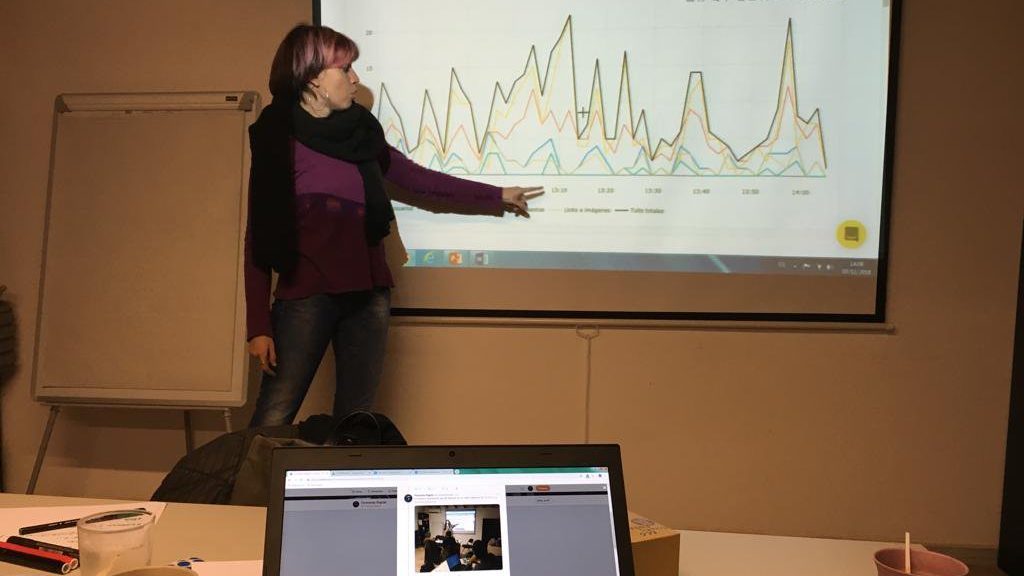 Can Twitter help generate political changes? When paired with an overarching strategy, compelling content, clear objectives, and an online–and offline–network of key allies, it can.

That’s the case of L’Associació de Drets Sexuals i Reproductius, an organisation based in Catalonia that promotes and protects sexual and reproductive rights.

In November 2018 with the support of Oxfam Intermón and others, L’Associació launched a Twitter campaign aimed at forcing local and regional politicians to take action on the public financing of ultra-conservative groups that push an anti-abortion stance and have harassed and threatened defenders of women’s rights (and those of the LGTBI community) within Catalonia and across Spain over the past few years with impunity. These groups have enjoyed such political and financial support that they have effectively managed to narrow the space for civil society to work on these issues.

L’Associació’s campaign generated a lot of impact in terms of engagement and reach, and only a few hours after it started, political representatives from the Barcelona municipality, Barcelona provincial government, and the government of the autonomous community of Catalonia contacted L’Associació offering a space for dialogue.

In the following weeks, this issue was discussed in the highest local political spheres. Both the Barcelona provincial government and the Barcelona city council approved motions to stop financing these groups, and in the latter’s case, a report was also requested for accountability. In Catalonia’s parliament, a question was raised to the government asking for explanations on the issue.

The digital action, which used the hashtags #TriemDrets (“we choose rights”), #TiraPelsDrets (“toward rights”) and #STOPFonamentalismes (“stop fundamentalisms”), was successful in putting the topic on the political agenda and opening a door for policy change, a process that remains ongoing, but is advancing positively.

What were the factors that determined this success?

The campaign fit into an overarching strategy

The action was part of a broader effort to redefine L’Associació’s identity and public presence. The association had formed the L’Observatori de Drets Sexuals I Reproductius (Sexual and Reproductive Rights Observatory) to collect information, and was in the process of shifting the Observatory’s strategy to also include condemning rights violations. This necessitated a revamp of their approach to communications, and the Twitter campaign helped to establish the new digital identities of L’Associació and the Observatory.

The basic content for the social media messages was based on reporting done by L’Observatori, which provided irrefutable evidence about the public funding that ultra-conservative entities were receiving in Catalonia. This way, the campaigners were able to make fact-based demands of political representatives who had previously declared they would adopt a zero tolerance approach toward agendas that didn’t respect a woman’s right to choose.

Clear objectives that moved beyond the digital realm

The campaign didn’t set any objectives in terms of reach or other typical social media markers. On the contrary, the objectives were specific and limited to the actual change they wanted to achieve: draw the attention of the local and regional authorities to the issue, challenge the coherence of their funding policy, and consequently stop the financing of ultra-conservative groups. The key messages that the campaigners put out were based on evidence and tightly focused on the topic at hand, so as not to leave room for distractions in interactions.

The campaign was born out of a digital activism session hosted by Oxfam Intermón that L’Associació had attended.

Although based in Spain, Oxfam Intermón hadn’t historically run programmes on the ground in the country. But in 2016 as a response to Spain’s terrible economic crisis–and the setback to fundamental rights that it provoked–the agency launched a domestic initiative to bolster projects for people living in poverty and/or at risk of social exclusion. As resources are limited, Oxfam prioritised working with organisations that focus on gender violence and global displacement, offering them technical or financial assistance, skills training and capacity building, and connections with others working in the space.

This support includes digital activism workshops, which guide attendees in models and tactics that have proven effective for digital action: mainly, fostering a “critical mass” of people who coordinate on the campaign to generate an initial wave of tweets and interactions, and then creating space for delocalised participation of many other users. A time is set for the digital action to go live, and the conversation is built around a hashtag that is creative, owned by participants and able to capture the attention of the wider public.

Networks beyond the (social) network

The Twitter accounts that led the action at the time had very little digital reputation, so there was a fear that the effort would not have impact. But before the campaign even began, the campaigners reached out to personal contacts with influential accounts–individuals and like-minded entities in Catalonia and Spain who implicitly and explicitly form a feminist self-defense network–to ask for their help in amplifying the message when the moment came. In the end, this helped push the campaign to viral levels of reach and engagement that called the attention of authorities.

Among the accounts that were identified and called on to participate in the campaign, there were several journalists, media outlets and even politicians who sympathised with the cause. These accounts played an important role, since their digital influence increased the relevance of the conversation on Twitter and elevated the interest of authorities to respond to the questions raised (to avoid damage to their own brand). In fact, one politician in particular who participated in the digital action was also key in articulating and advancing the debate within Barcelona’s municipal government; she is well known in city hall, and was the one who developed the motion of censure that committed the municipality to explaining its funding policy.

What could have been better?

Despite the success of the action, we have identified that an exhaustive risk analysis wasn’t carried out, and therefore there weren’t any security measures taken of prevention and protection.

In hindsight, Oxfam Intermón identified this failure, and so afterwards offered training to its partners in tactics and strategies for security and digital protection.