PETA’s donor development manager Jukka Myllyniemi says PETA designed an eight-e-mail campaign series with a keen eye to making sure each e-mail targeted a specific demographic, from previous donors who could be expected to give, to those with a cursory interest in preventing animal cruelty. They did this by incorporating an advocacy piece into the donation campaign.

Called the Stop Animal Tests Challenge, the campaign consisted of e-mail, direct mail, and a mobile mail component; in all 150,000 people received an e-mail a week through the campaign from September to November. The campaign featured a rescued dog, Libby, as an example to bring the issue of animal testing to “the level of one animal.”

E-mail one announced Libby and the campaign, and also included a customized message to previous donors, and a string of donation options based on their previous donations.

It was E-mail two with a call to sign a petition that received the most click-throughs – a form of measuring success of an online ad campaign.

That single e-mail, while not prompting the most donations, led to 30,000 signatures on a petition.

“We got them to act, and we know when people do something they are more likely to donate,” Jukka says.

“We know that advocacy has a higher engagement rate – people are more likely to respond to fundraising after they have taken part in advocacy.”

Getting a potential donor to sign a petition is clearly easier than getting a financial donation, but the PETA campaigners didn’t stop at a signature. The next e-mail, sent specially to those who had signed the petition, thanked the advocate, and then asked for a donation.

“We told them we know what they do for us, we value their help, and we challenge them to do more — like make a donation,” Jukka explains.

Most of the donations came from the page linked to this e-mail, he adds.

Again, though, PETA campaigners kept the ball rolling. E-mails four and five presented information to potential donors, to let them know how close to the goal the campaign had come, and why it was important to give.

E-mails six and seven added more content and more reason to get potential donors more involved. E-mail seven also highlighted urgency by noting in the subject line that the campaign had “Just One Week Left.”

“Without a goal, we often see the response is finished after two or three e-mails,” he says.

In the final e-mail campaigners targeted donors, and asked them to invite a friend to help.

“In all the e-mails, we acknowledged the recipient’s action and challenged them to do more,” he says.

Social sharing was present on all e-mail, all landing pages, and specific Facebook posts supported the campaign.

Thank-you e-mails went to all donors with a reminder of the goal.

“What is really interesting here is that the response didn’t slow down as the campaign went on as often happens, that’s because we based the e-mails on previous responses,” Jukka says.

Personalization and knowing your donor is key but so is bringing people closer to the cause through an advocacy component and having a clear target and campaign deadline works especially in a long campaign, he adds.

Another key component, and one PETA will focus on in the future is the mobile campaign. Mobile donations tripled previous rates during the 2012 campaign.

“Mobile donors are twice as likely to become monthly donors as those who donate by using a PC,” he says. “Without mobile campaign you could be leaving lots of money on the table.”

The PETA success story was featured in a Best Campaigns from 2012 webinar co-ordinated by software company Engaging Networks.

About PETA:
People for the Ethical Treatment of Animals is a U.S.-based advocacy and activist organization with the goal to protect animal rights. Each year, it runs several campaigns. The Stop Animal Tests Challenge was the most successful of its 2012 campaigns. 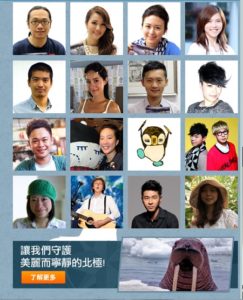