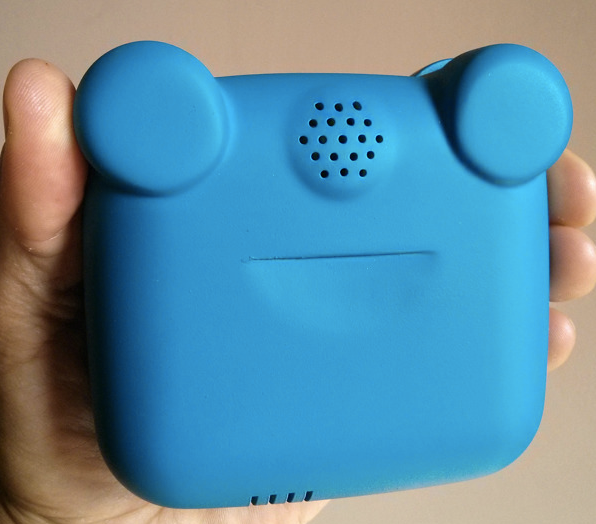 Yet most nations rely on government run measurement services that are sparse, expensive and don’t usually measure air quality at ground level, where most people actually live and breathe.

Now imagine a city’s air quality data being crowdsourced by you, me and thousands more people on the streets. What if that data was sent to an open platform accessible to scientists, governments, activists, students and others? More readily available data that could be mashed up and analyzed by more people would provide Advocates, policy makers (and polluters) with information to make better decisions.

After three years of prototyping and testing, the team behind AirBeam is now running a KickStarter campaign to raise $50,000 to scale production of the units which will dramatically drop the price.

Michael Heimbinder, founder and executive director of HabitatMap, the organization behind AirBeam and AirCasting, filled us in on how they are using citizen science, wearable devices and open data platforms to engage citizens and help change policy.

HabitatMap’s AirCasting app has been downloaded by thousands around world. The Android smartphone app monitors sound levels with a phone’s microphone and sends that data to the AirCasting crowdmap. AirCasting maps are also being used to track temperature and other environmental data. AirBeam is the next step.

For the hardware nerds out there, the AirBeam is an Arduino-powered, portable, palm-sized air quality monitor that measures fine particulate matter, also known as PM2.5. Air is drawn through a sensing chamber wherein light from an LED bulb scatters off particles in the airstream. This light scatter is registered by a detector and converted into a measurement that estimates the number of particles in the air. Via Bluetooth, these measurements are communicated approximately once a second to the AirCasting Android app, which maps and graphs the data in real time on your smartphone.

Right now, less than 30 AirBeams are in use worldwide — not so good for a crowdsourced data platform. The KickStarter campaign is all about scaling production. HabitatMap expects $50,000 to help lower production costs from $800 to $200. Lower costs (and much faster production) should get AirBeams into the hands of students, teachers, citizen volunteers and others.

One person collecting data is interesting. A few hundred people collecting data and sharing it is also interesting. But put data collection in the hands of thousands (or more) people and share it on an open website that maps results, visualizes impacts and allows others to interpret information — that’s potentially very powerful.

AirBeam may be the eyes of the project, collecting necessary data, but the AirCasting platform is its heart and soul. AirCasting makes air quality and other data available to activists, communities, educators, leaders and others. 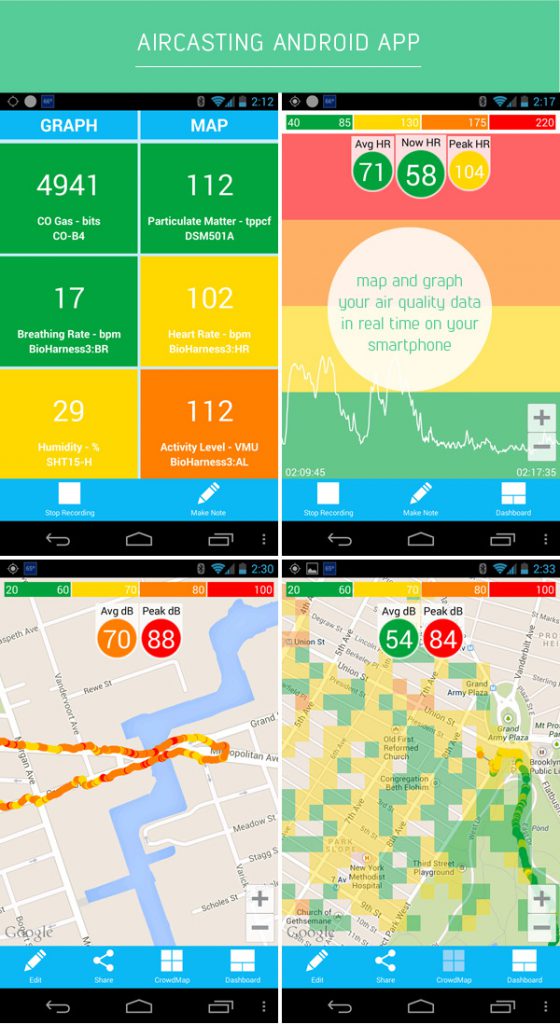 Citizen Science an Opportunity for Activists

The HabitatMaps team has identified four groups of people it wants to reach and support to grow the AirCasting platform’s advocacy potential. These include:

As HabitatMap’s Heimbinder told me, “We live in a world where expert knowledge is no longer the exclusive province of experts. Armed with affordable and accessible instruments, people can make unprecedented contributions to scientific understanding.”

This means that policy advocates don’t need to rely on government or other “official” data sources. HabitatMap looks at its AirBeam data as complementary to government air quality monitoring networks. Heimbinder describes the opportunity to develop much deeper understanding of air quality data as analogous to The Weather Channel realizing that thousands of hobbyist home weather stations created many more data points. More data, Heimbinder says, “would allow them to better know and predict the weather, leading [The Weather Channel] to acquire Weather Underground. Air quality monitoring will be revolutionized by ubiquitous low-cost instruments operated by enthusiasts and activists.”

AirBeam and the AirCasting platform are great examples of how citizen science, rapidly changing technology and a DIY approach can help put the power to create change (literally) in people’s hands.

Thank you to eagle-eyed reader Andrew Hatton for sharing the AirBeam story with us.