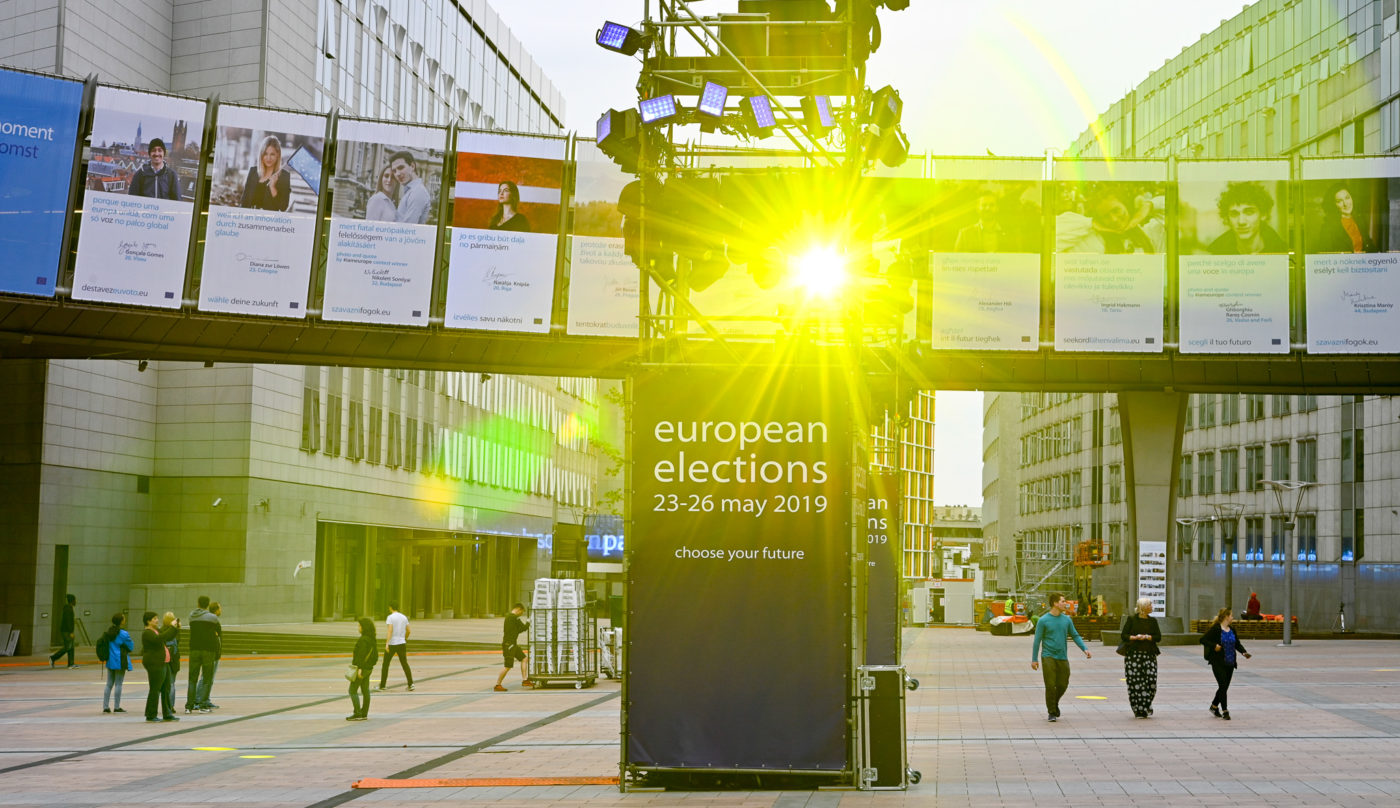 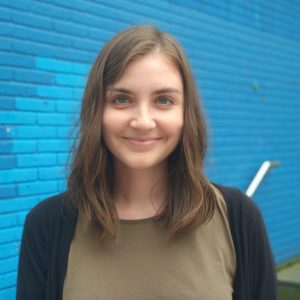 Last year, Dictionary.com named “misinformation” the word of the year. In 2017, Collins Dictionary went with “fake news”, as did Macquarie Dictionary the year before. Oxford English Dictionary identified “post-truth” as the 2016 term of note, while Merriam-Webster chose “surreal”. And the Global Language Monitor’s top two words for 2017? “Truth” and “narrative”.

Word-of-the-year assessments might not be the most authoritative source on social and political trends, but they certainly chart how digital disinformation has become a pressing challenge over the last few years. Indeed, recent votes in Brazil, India, the US, the UK and beyond have demonstrated the destructive power of deliberately misleading online content.

With the spectre of disinformation looming over the 2019 European parliamentary elections, the European Commission brought together major tech companies to create a Code of Practice that would attempt to counter the spread of junk news and untruths. Google and Facebook signed the Code, and in doing so they made a promise to open up access to all political ads running on their platforms in the European Union by developing a database called an API (application programming interface). This transparency is important because it allows independent researchers to analyse the ads and inform the public about them.

But the Code was ultimately voluntary, and there were real concerns that the ad libraries they were preparing would be insufficient. So Mozilla, which helped draft the Code, jumped into action with a campaign to push these tech giants to make good on their promises and stick to the agreed-upon deadlines.

As part of the effort, the Mozilla team convened 36 organisations working on disinformation in order to learn from one another. They also collaborated closely with researchers — the group of people being directly stymied by the lack of transparency — to establish guidelines against which to assess the companies’ moves.

In the end, the campaign succeeded, although the victory perhaps wasn’t as clean as would have been ideal: Facebook published their API in time for the elections, but it fell far short of the level of transparency necessary, while Google’s passed muster, but was released much too close to the elections to permit any meaningful use.

Importantly, however, through the campaign Mozilla laid the collaborative groundwork to continue the fight for political ad transparency beyond the confines of the European elections.

In a recent blog post, the Mozilla team detailed what worked in the campaign and what didn’t go as planned. We wanted to learn more, so we spoke with European Campaigner Brandi Geurkink and Head of European Campaigns Jon Lloyd.

How was this campaign different than others you’ve run in the past?

We used the EU Code of Practice on Disinformation – a self-regulatory framework for combating online disinformation signed by major tech companies like Google, Facebook, Twitter and Mozilla — to guide our campaign work. Since many of the commitments in the Code of Practice are highly technical in nature, we needed to expand from our “usual suspects” of groups we usually work with into thinking about who other affected communities could be – in this case, independent researchers who, as it turns out, are actually a super cool community of activists working on the frontlines of making technology work in the public good. Our campaign united this group, giving them a voice and a platform to demand transparency and accountability.

Using the Code of Practice as a framework for our advocacy gave us grounding to find out what technical expertise was needed and appreciated by regulators, journalists, and the companies we were hoping to shift.

Staying pragmatic while campaigning ambitiously can be a difficult balance. Could you explain what the process was like of assessing and adjusting to the team’s own strengths?

We’re incredibly lucky to have the resources we do in both our team and the wider Mozilla network. We assessed the landscape and looked at where Mozilla could add value without replicating the work of other organisations – that role turned into one of a “technical translator”, using our tech and policy expertise to help decode what big technology platforms like Google, Twitter and Facebook were saying and doing.

A big part of your strategy was stepping back and supporting others with expertise and influence, whether they were partner organisations, independent researchers or journalists. Why this strategy, and why was it effective?

Successfully working in a movement means recognising your strengths and weaknesses – stepping back when you can to make room for others to lead in some areas, and using our power to help elevate the work of people who are unheard.

“Online” problems like hate speech, disinformation and harassment are sociological problems, not technical problems. We realised that we could add technical expertise needed to contribute to developing solutions, but no tech fix alone will fix these problems. In that way, working with journalists, researchers, and civil society activists fighting these problems and their root causes is a necessary way of authentically addressing them.

It’s an important skill to be able to convene and facilitate collaboration between different stakeholders in a movement. Any quick tips?

Good things take time. Build in that time to collaborate effectively – you can’t rush it if you want to be truly inclusive.

That said, when we were developing guidelines to assess Facebook and Google’s political ad APIs, we needed to move quickly to ensure that we got the guidelines out into the world before these companies released their API products.  In this case we intentionally worked with a small group of people to help us initially form and edit the content, but after releasing it we made those guidelines open for other researchers to sign on to, expand, and adapt so the guidelines could continue to add impact.

We made them public from the outset to enable people to take them, edit them and use them however they liked.

And lastly: everyone has special and different skills and expertise that they bring to the table, it’s just on you to be able to recognise it.

Tell us about the element of openness in this campaign. How and why has the team embraced this way of working, and what sorts of effects have come out of it?

Mozilla was a pioneer in the open software movement, so we already have this idea built into our DNA. We’re working to incorporate these ways of working into wider movements and sectors. It’s all about disrupting the idea that by sharing our work we’re giving away some ‘secret sauce’, in favour of the idea that by creating together and continuously iterating, we will have a greater impact and create things in the public good. Ultimately, we can’t compete with money, but what we do have on our side is people power.

As for the effects of working open, we’ve seen groups from different continents around the world use our advocacy work in Europe as a blueprint for pushing for greater accountability and transparency in the way that big tech companies operate in their communities. For example, a partner organisation in Argentina is actually attempting to replicate (and iterate on) elements of our campaign that were successful in the EU to get Facebook and Google to release better transparency tools ahead of important elections in Latin America this year and next.

In the USA, researchers are uniting together to assess the shortcomings of the transparency tools that Google and Facebook delivered ahead of the EU elections to inform how US lawmakers are thinking about political ad transparency ahead of the 2020 elections in their country. Our work in the EU was in many ways the starting point of a larger, transnational movement to demand more accountability and transparency from companies who wield an enormous amount of power over our democratic discourse.

Based on this experience, what are the top three lessons that you’ll carry forward into future campaigns?

Top image by the European Parliament via Flickr. CC BY 2.0

L. Finch is a writer, editor and translator who has spent the better part of a decade shaping narratives that inspire empathy and action.

Why coalition building isn’t about the coalition: Listening, leading, and making change happen

Nick Martlew, Strategy Director at Digital Action and author of the Creative Coalitions handbook, talks to Future Advocacy CEO Olly Buston about the key elements of building a powerful coalition. 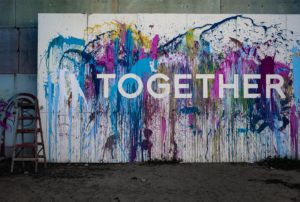