Internet goes dark to begin weaving a fabric of mobilisation

You would have to be hiding under a rock to have not noticed that on Wednesday, January 18th, several high traffic websites and countless others across the internet went “dark” to protest two bills in the US Congress: SOPA (Stop Online Piracy Act) and PIPA (Protect IP Act).

That day, 25 Greenpeace websites worldwide went dark to oppose these bills. If visiting a Greenpeace page you may have seen something like the image to the right.

Reddit, Wikipedia, MoveOn, WordPress and the I Can Has Cheezburger network were among the large media and content sites going dark for all or part of January 18th. Google did not go dark but announced its opposition to the bills on its homepage and placed a prominent link to this anti-SOPA petition that generated as many as 4.5 million signatures that day.

This was an extraordinary show of force. But we came perilously close to the US government enacting a law that would not only have destroyed the Internet as we know it, but empowered corporations to silence criticism and switch off pressure for reform from people-powered groups like Greenpeace. And despite yesterday’s advance, the threat has not gone away.

The actions of 18 January have, not surprisingly, received a great deal of attention in online news sites and offline press. The impact of the day’s events can’t be understated. By the end of the week dozens of members of the House and Senate reversed positions and took a stand against the bills. On Friday the 20th, Congressman Lamar Smith, the chief sponsor of SOPA, pulled the bill from consideration by Congress and Senator Harry Reid postponed action on PIPA.

A victory for people power (and clicktivism)

The action last week and resultingly perilous state of SOPA and PIPA in Congress has, rightly, been called a victory for people over power. The number of individuals speaking out in a single day (and over the weeks prior) dwarfed most all online advocacy efforts in both size and speed.

This was a show of force by people, demonstrating that emails and online petitions can get the attention of leaders. Consider January 18th to be, perhaps, the greatest one-day online engagement event in history.

As campaigners and organizers, we are increasingly reluctant to talk about online petitions as a source of real power. To be frank, emails and online petitions rarely change votes or have a clear impact on policy. U.S. Congressional offices are used to the large number of messages they receive daily about any number of issues. Often, the volume is so great that it is like trying to get a drink from a fire hose: you are soaked to the point of drowning but probably still thirsty.

This is not the state of affairs in all countries, of course, and even in the US other decision makers – state and local leaders, federal agency offices, corporations – are more likely to take notice when the target of online actions.

But last week’s events show that when large (preferably extraordinarily large) numbers of people come together across coalitions and communications channels, even the most jaded of legislative bodies pay attention.

What happens next time?

Some have called SOPA/PIPA a zombie bill, dead now but almost certain to be back in some form. What will the lasting effect of January 18th be? Literally millions took action but if bad bills appear in 18 months do we recreate these events? If so, they’re quite likely to be smaller, less noticeable and not so apt to change minds.

This is a dilemma that online campaigners frequently face – more so in large organizations that grapple with multiple issues and a broad range of targets. We can organize large actions, relatively speaking, though rarely with the same impact.

For many campaigns, these actions are the culminating event. The end of campaign. This seemed to be the case last week. Google, Reddit and most others were not organizing citizens to keep them informed and engage them later.

For many organizers, these actions are the start of the campaign. An action gets attention and becomes an opportunity for individuals to express interest in an issue. Strong campaigns have “next steps” to keep people involved. They look for ways to identify and involve potential leaders to spread the word and raise the profile of the issue higher next time. And there is almost always a next time.

The immediate impact of the actions taken by Google, Reddit, Wikipedia and others last week was astounding. Results were greater than predicted and Congress took notice. Will those that took action have opportunity to stay engaged? For a great many the answer is likely no, which could haunt this cause.

Strong digital mobilisation is like a rare fabric woven over time. There are big days when a lot gets done and others when the work doesn’t produce much usable cloth. But the good stuff – the people, their ideas and relationships – become bound together so they can work together and continue growing. Whether the events are big or small we are always looking for ways to tie together the people involved so they are there – part of the fabric – the next time. 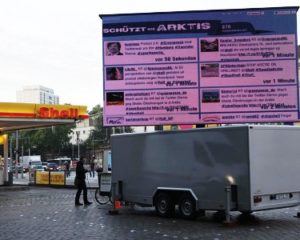 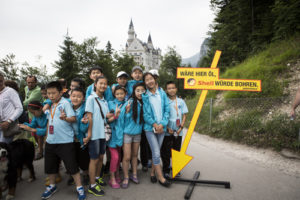 A buzzworthy, bottom-up campaign to save the bees 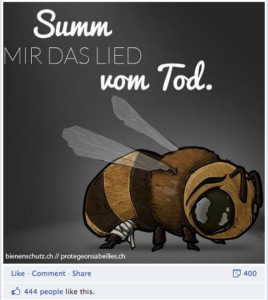