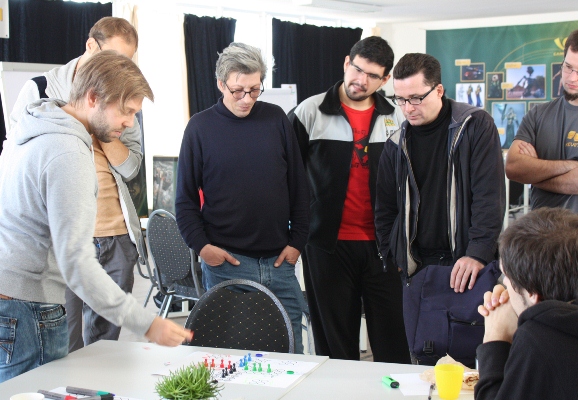 When Greenpeace International communications manager Jessica Wilson shared her passion for working on the Save the Arctic campaign with nearly 25 web developers at a recent Games Summit in Berlin, Greenpeace global innovation manager Ingo Boltz noticed a shift in the room.

Suddenly, the web developers who gave up their weekend for the games jam were “fired up” and excited to begin prototyping potential games that could help more people understand the need to prevent drilling for oil in the arctic.

For Ingo, the moment reinforced the power of open events like the games summit, which invited anyone interested in creating games for environmental change to bring their professional skills to the Oct. 12-14 event.

“Sometimes we underestimate the power of our own mission, but there are a lot of people who have great capacity to do stuff that we usually don’t engage with,” Ingo says, adding attendees ranged from indie game developers to game producers from large commercial companies.

“Ideas can come from unexpected people with unexpected backgrounds, and sometimes they are so much better than anything you can think about in your planning meeting in your NGO.”

The first-ever Games Summit was hosted by Greenpeace’s Argentina Innovation Lab in partnership with Gamestorm Berlin, and focused on gathering the best minds of the Berlin offline-online game development scene to create game prototypes for the Save the Arctic campaign.

A series of talks on Game for Change kicked off the event including Daniela Schiffer from Changers.com, who shared how a Berlin start-up is playfully rewarding people for using renewable energy. 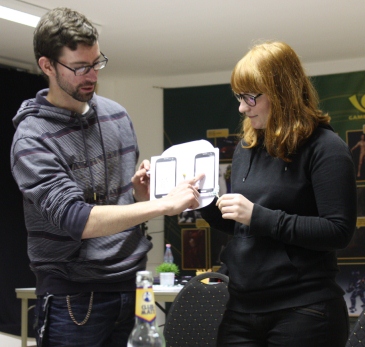 Players earn community kudos and a virtual currency for charging their phones and other small devices with a flexible solar panel charger developed by Changers. The currency can then be exchanged for real world rewards, creating an interesting ecological-economic system.

Michael Liebe, from the game sector of the Berlin-Brandenburg Medienboard spoke about games’ ability to produce real impact in life, a thorough presentation filled with examples, successes and failures in the industry.

Day one closed with a lively and insightful panel discussion on games as means for change, in which Argentina Innovation Lab games producer Egar Almeida, Jessica, Michael and Daniela exchanged ideas with a highly knowledgeable audience.

The next two days focused on the jam, with six randomly assigned teams working on game concepts for the campaign. According to Egar, the group found conceptualizing under specific challenges to be more effective than traditional “free” brainstorming, a technique he says is slowly being deprecated in creative industries.

New teams were created, this time self-picked, to work on several concepts. Some were discarded, some were finished including functional prototypes. Rounds of feedback, a lot of observation, and iterations ended day two. 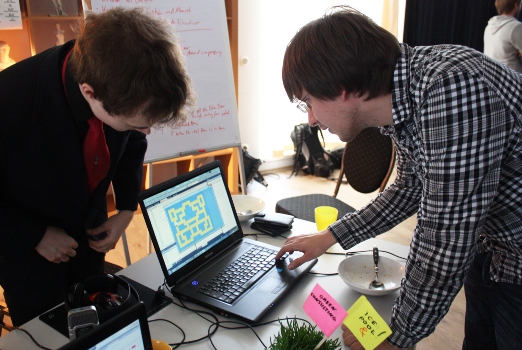 The final day was prototyping. All concepts were turned into paper or virtual prototypes, and extensively playtested — the last step before full development.

The event closed with an awards ceremony, in which the three best projects showing potential for outreach, mobilization, fundraising, virality, and engagement were recognized by a jury.

Both Ingo and Egar say the event was a success, renewing their conviction in the power and attraction of games for change.

“We took home from Berlin some very promising concepts developed by the participants, which we will seek to develop further and deploy in our campaigns,” adds Egar.

While games have been used to spice up communication with a bit of fun for many years, Ingo says it’s only been in the past three to four years that organizations are discovering the potentially transformative power of games as a medium different from photo or film.

Ingo points to some of the earliest environmental examples, like an alternate reality game created by Greenpeace for the 2009 Copenhagen Climate conference, which was able to engage people in a more comprehensive way.

Then there was the Greenpeace Barbie geocaching game, where players searched for and found Barbie dolls adorned with chainsaws that had been hidden throughout the United Kingdom, and then went on to bring them to life with their own profiles on Facebook, attacking Barbie doll maker Mattel.

“These playful actions are deeper and more permanently engaging than a quick click to sign a petition, they bring people permanently closer to the environmental family,” says Ingo.

For example, Foldit is a puzzle game that challenges users to fold molecules and rotate amino acids to create 3-D protein structures, a task that’s needed to be done in biochemical research. It’s a task suited to people over computers, as people are known to have better spatial reasoning skills.

Ingo says it was Foldit players who found a particular protein structure that played a major role in developing an aids vaccine. When the scientific article was published in Nature, the players’ names were included.

Another game saw several thousand players reassemble the tattered and ripped pages of ancient manuscript to its correct format.

Ingo says the latest games created by Greenpeace’s Argentina Innovation Lab are vying to use similar approaches, enabling people to have fun while contributing to something they care about.

For example, the lab is creating a game in support of the forests campaign that will teach users to interpret satellite images of deforestation. The game has an entertaining story, and as users progress so do their contributions to real observations of the Earth’s forests.

“The idea is to get that large majority of people who in principle are interested and willing to do something but if its’ too cumbersome, to boring, too tedious they won’t do it.

“But if we give them a little bit of incentive to make it fun, then they will, and we will have mobilized an  army of potentially millions of players to fight by our side,” says Ingo.

Ingo adds all games are being developed with partners, which like the Games Summit, engages new people in Greenpeace’s mission while bringing different skills to the organization.

“I hope in the future we will have a lot more of these collaborative efforts where people from their points of strength come and engage with us and together we will save the planet,” he says.

Related Stories:
Gaming for Good – behind the scenes at Games for Change Festival in NYC

About the Argentina Innovation Lab 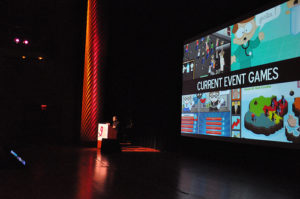