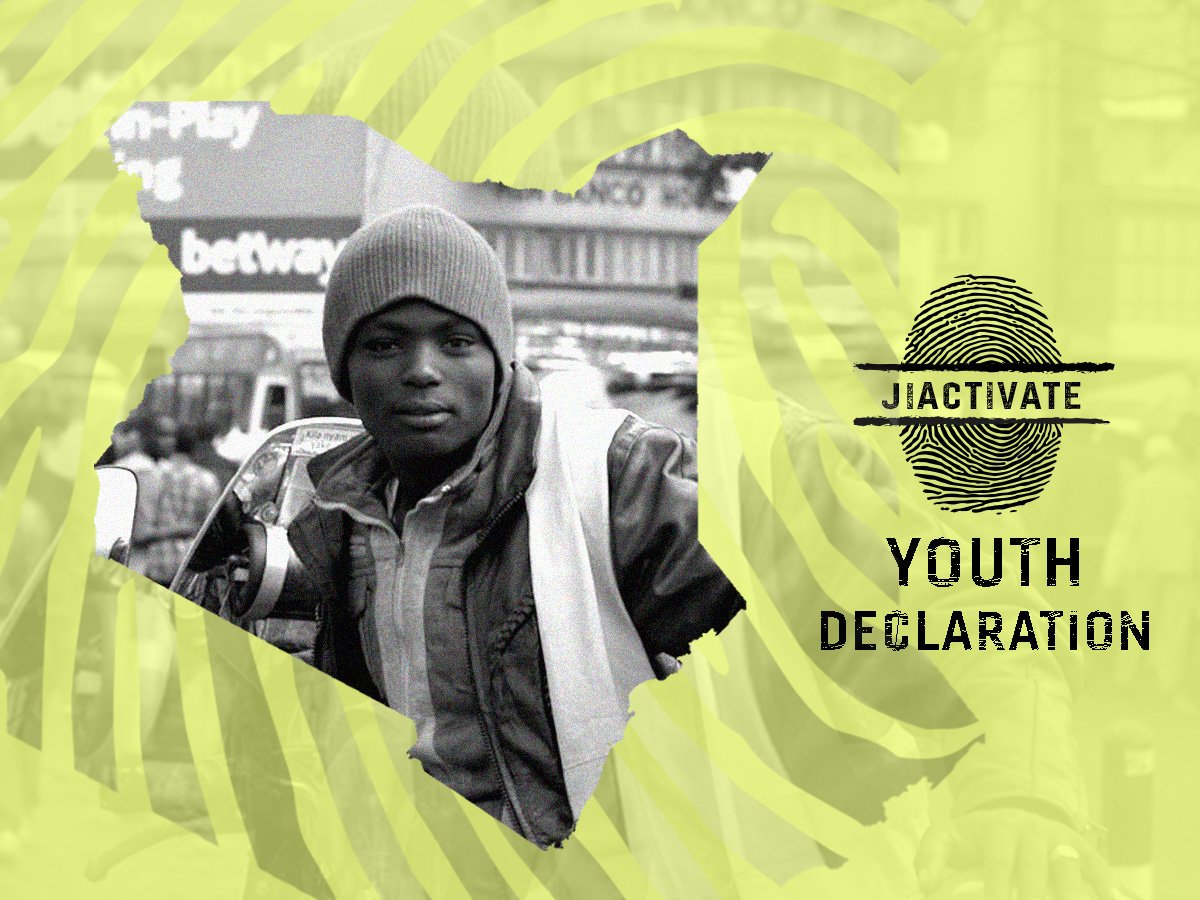 Youth will lead a movement if you let them is just one lesson learned during the first year of JIACTIVATE, a new coalition helping to bring Kenya’s nearly 10 million youth into politics and community activism with SMS-driven user research, culturally creative engagement and youth-led campaigning.

Nerima Wako recently told Huffington Post that “young people in Kenya often don’t feel that they are a powerful voting block.” Wako is executive director of Siasa Place, a nonprofit engaging young Kenyans in politics. Research has shown that Kenyan youth abstain from politics in part because they don’t trust existing engagement platforms.

Nearly one-fifth of Kenya’s population is between the ages of 15 and 24. But few of these nearly 10 million Kenyans believe that offline or online political systems – parties, community institutions or social networks – work in their interest.

With these findings in mind, seven organisations formed a coalition early this year to engage youth in the August, 2017 elections. The groups created the JIACTIVATE (activate yourself in Swahili) to provide young people with a way of sharing  hopes and plans for their country.

Holly Bantleman, a campaigner at Purpose, described the process: “We worked with partners to identify the problem – a lack of channels for young people to tell government their needs, or to hold them to account – and devised a campaign to solve it.”

JIACTIVATE informed its communications and goal-setting with user research. Organisers also wanted to engage and build relationships with their target audience. Purpose worked with GeoPoll to create SMS-based polling and survey campaigns. “Using SMS, we were able to reach the broadest cross section of young people in Kenya, including those in remote or impoverished areas with limited web access,” says Bantleman.

In March, 2,000 Kenyans between the ages of 15 and 35 were polled. Results showed that they were most worried about four things: corruption, unemployment, food security, and healthcare. 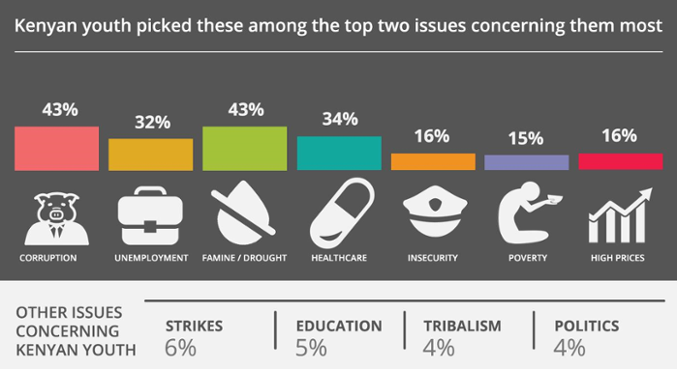 Next, from April to June, the campaign partners in Kenya hosted 56 events in 33 counties, held 4 online forums, engaged 70 youth groups through dialogues and creative media activations. In the end, the campaign collected over 130,000 statements, with ideas on how to solve these problems.

The contributions were crafted into the JIACTIVATE Youth Declaration, which acted as the consolidated voice of Kenya’s youth: 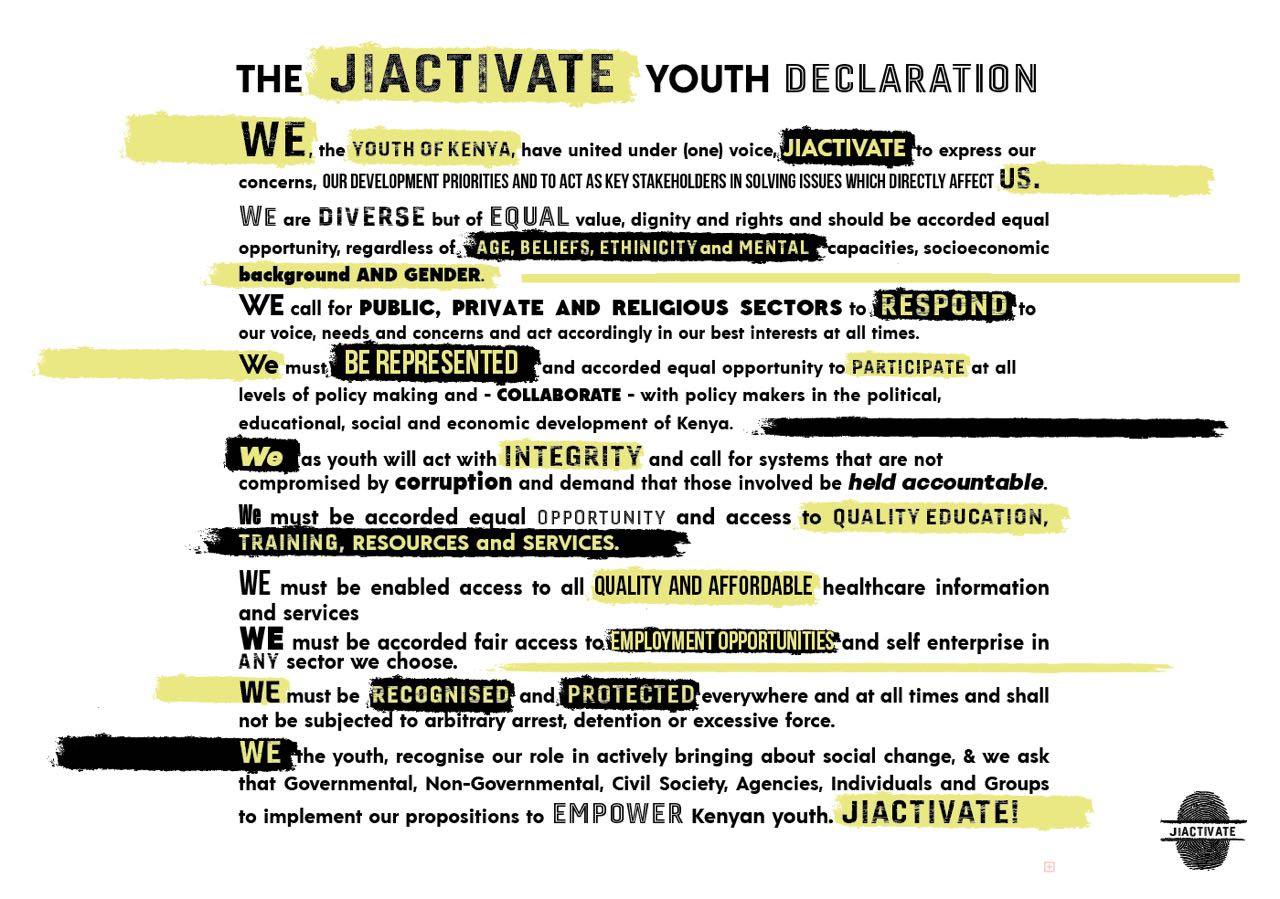 “This declaration will be handed over to every political leader for them to implement and be accountable for. No matter who you are or where you’re from, JIACTIVATE is your movement. Join and help to change Kenya,” said Organization of African Youth, one of the coalition partners, after its launch.

This campaign goal exemplifies a trend seen in stories by other CampaignCon participants: many campaigns (particularly in the Global South) are aiming to change entrenched norms instead of lobbying a specific target for a cause. 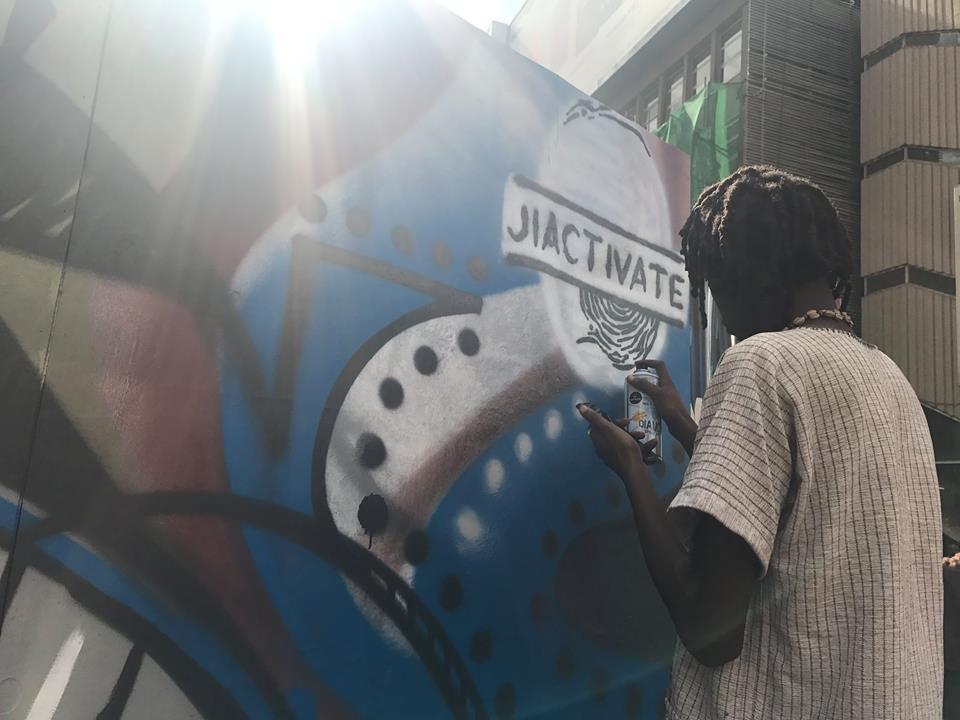 The coalition worked with local influencers to build hype for the events, a tactic which garnered coverage in The Daily Nation, Kenya’s highest circulating independent paper. The campaign launch video was viewed over 176,000 times and a Facebook page launched in April this year has over 58,00 fans. There is a JIACTIVATE song, and a documentary about the campaign will also be released.

JIACTIVATE is a good example of a campaign effectively using culturally creative tactics like song, dance, and arts to engage young people on their terms. Many Africa-based CampaignCon participants we spoke to about the state of global campaigning agreed that similar creative tactics can engage people that have felt distanced by traditional, often Western engagement strategies.

JIACTIVATE was endorsed by all the major political parties in Kenya ahead of the August elections, and the coalition was invited to join the National Youth Committee. Here are key ways the JIACTIVATE platform is working to mobilise Kenyan youth:

With a frequently changing political climate and the goal to be a non-partisan social movement, JIACITIVATE also learned that rapid response was integral. They could pivot messaging throughout the country when needed and make sure they were still calling for action and engagement while not endorsing a specific political candidate.

But the most important learning from the campaign is that youth will lead a movement if you let them. Bantleman says that “before we launched this campaign, many people we spoke to intimated that Kenyan youth did not care about politics – whether because of laziness, disillusionment or both. JIACTIVATE proves otherwise, that they were simply looking for something that spoke in their own voice, listened to them, and used tools that resonated with them.”

Thanks to Holly Bantleman and Purpose for sharing information for this case study.