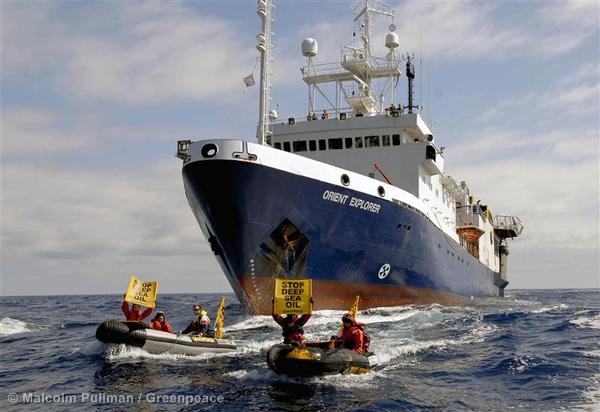 Greenpeace New Zealand were already campaigning on oil exploration in 2011 when the people of the East Cape put out a call for action.

Brazilian oil company Petrobras had announced that they were to start seismic testing ahead of super-deep (around 3,000 meters) exploratory drilling in the Raukumara Basin off the East Cape of New Zealand’s North Island, in waters that have for many generations been the ancestral fishing grounds of the indigenous Iwi te Whanau a Apanui.

A joint flotilla of boats and crew from all over New Zealand, including Greenpeace staff and volunteers and an Iwi fishing vessel, congregated in the test zone. The flotilla disrupted Petrobras’ oil exploration to such an extent that the New Zealand Government deployed its navy, air force and police to monitor, intimidate and ultimately arrest Elvis Teddy, captain of the tribe’s fishing vessel.

Petrobras has since said it no longer plans to drill in New Zealand waters.

While the media sometimes wrongly called it the “Greenpeace flotilla,” it was in every sense a people-powered flotilla catalyzed by the Iwi. Greenpeace responded flexibly to this initial contact, seizing the opportunity of a new partnership and contributing communications and logistics support, equipment and some volunteers.

This has supported the building of a growing movement that has continued to take direct action and do real workagainst deep sea oil exploration. This has recently seen two more flotillas – meeting Texan driller Anadarko head-on in the North and South of New Zealand, has seen growing community led campaigns in Wellington, Auckland, Kaikoura and Otago, and two Greenpeace initiated but community led “banners on the beach” protests. 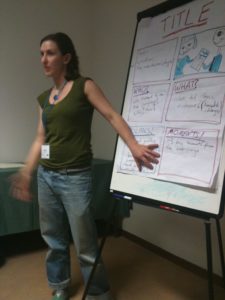