Changing trends and new organising models are impacting how campaigners work in 2014. Here’s a look around the world. 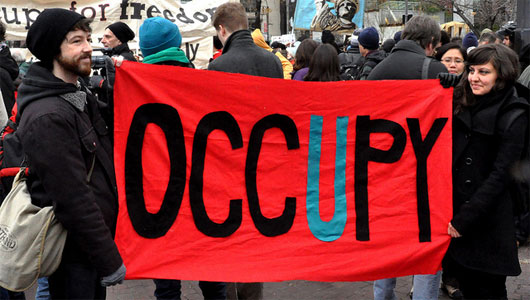 Thanks to Ben Hewitt and Hannah Lownsbrough of Save the Children for this guest post.

Defending funding for rural schools in Thailand. Stopping the US President from securing FastTrack authority to approve secretive trade deals without Congressional approval. Defeating a regressive taxplan which would hurt the poor in Kenya.

All of the above victories have emerged from global campaigning and advocacy movements over the last few years, and all of them have drawn on both traditional–and new–organising models.

Save the Children has been campaigning to tackle child mortality for the past five years and has started to think about what its global campaigning model should look like in a post-2015 world. To help support this, we interviewed leading campaigners, activists, marketing experts and trend analysts from around the world, who collectively highlighted four campaign trends of note:

Significant breakthroughs in our understanding of how our own brains work have led to shifts in the techniques used for mass persuasion and sales. And the same insights are now shaping campaigning and movement theory, giving people a fresh insight into the reasons that certain approaches deliver, while others consistently fail. Examples can be found in The Victory Lab (Issenberg, 2012), Nudge(Thaler and Sunstein, 2009) and The Power of Habit (Duhigg, 2012).

The emergence of campaigns without obvious leaders has become an increasingly regular phenomenon. Of these, Occupy has been perhaps the highest profile, with similar protests subsequently spreading around the world. The Arab Spring protests were typically not attached to one or two high profile individuals in leadership role, but sprang from groups that organised collectively online. In the UK, UK UNCUT deliberately adopted a structure that was not focussed on one or two leaders, borrowing from other direct action groups to build consensus decision-making into their approach.

In January 2014, Jeremy Heimans, founder of Purpose, stood up at the World Economic Forum in Davos and said that we are seeing a “new power” that is owned by many rather than a small elite, and operates more like a current than in a top-down, command-and-control model more typical of the past. He wasn’t saying that ‘old power’ is over but describing a new campaigning model that has emerged. Heimans’ analysis is echoed in a different context by US branding expert, Kelly Mooney. In her pamphlet “The OPEN Brand”, Mooney observes the changing relationships between consumers, corporations and the brand that mediate their interaction, and she describes this as the difference between ‘OPEN’ and ‘CLOSED’ brands. 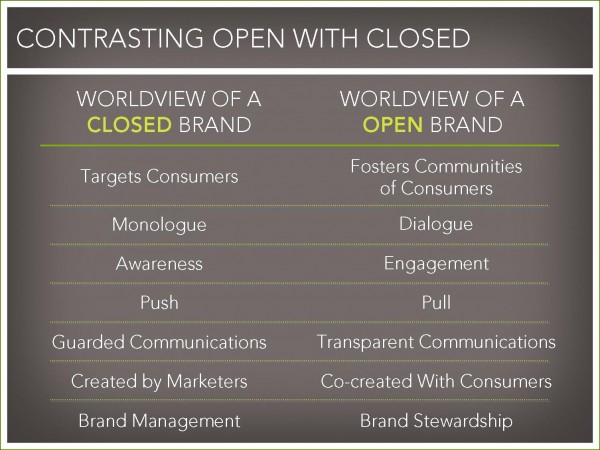 Issues once viewed as peripheral to more mainstream global concerns are increasingly sparking a significant international response, frequently with limited intervention from organisations. A number of interviewees noted this pattern, with more than one mentioning the global campaigning activity around rape in India. Others explained that local issues can provide new entry points on complex global issues which were otherwise difficult to mobilise around. In China, for instance, local air pollution has become a major issue, whereas broader campaigning on climate change has failed to gain traction for a number of reasons. Some semi-formal attempts to make use of this approach have been very successful, such as the momentum built around One Billion Rising, a global day of action intended to draw together activists challenging violence against women and girls all over the world.

Over the past ten years the shape of civil society space has changed. On the one hand increasing numbers of people are quick to mobilise but as Civicus reminds us, “in the face of contemporary waves of protest, many governments feel threatened and have stepped up their efforts to close down civic space, through a combination of dubious legislation, the demonization of protest movements and direct harassment of civil society activists and their organisations”.

The global growth of mobile phone usage, data and analytics-led campaigning, the full emergence of “citizen journalism” and crowd-funding techniques have exploded in popularity. Jhatkaa (multi-issue progressive campaigning in India), Berim (diaspora pro-democracy movement for Iran) and Fair Agenda (gender equality in Australia) have all used crowd-funding techniques to secure the budget they need to take the final steps to starting work.

One question is whether this “new power” trend is really new or whether we are seeing the manifestation of a cyclical trend that emerges during times of major public frustration regarding perceived lack of action by governments. As many campaigners know, traditional campaign tactics still work.

It isn’t necessary for a campaign to take an “insider” approach to win, but engagement still needs to be constructive and strategic to stand the best chance of delivering change.

Effective use of new forms of communications

Campaigners have won by being first to take advantage of new technologies as they become available. From the printing press to the telephone, making first and fastest use of new opportunities to engage with people is often the way to secure victories that had once seemed out of reach. Manu Kabahizi, technology consultant to Open Progressive Engagement Network, says “It’s important to leave a lot of space for experimenting, and failing, and learning.” But there are multiple examples of interventions making use of technological innovations that users were simply not ready to engage with en masse. In the strategy document written ahead of 38 Degrees’ launch in 2009, one guiding principle for the organisation’s development was the idea that “technology should be the tool”: that it should serve the purpose of the members it was intended to serve, rather than force them into using platforms or technology with which they were uncomfortable.

The use of imagery is still widely debated by those who believe a stark image will elicit a strong reaction and those who stress the need to preserve human dignity in all we do as campaigners. This has come to the fore again in recent weeks as seemingly progressive campaign agencies have been quick to circulate a photograph of two Dalit girls hanged in India, an action many Dalit activists have condemned.

Problems of exclusion and marginalisation within campaigns remain as powerful a challenge as ever, and real effort and time is needed to build real community engagement and legitimate participation. The phrase “nothing about us without us” used during disability activism in the 1990s and in HIV/AIDs campaigning is still a pertinent reminder to people planning campaigns today. Technology does offer some fresh new approaches, but the technology remains outside the price range for many and limited in impact for those who are illiterate, for instance, or who do not speak the dominant languages of social elites in the places where they live. New data from We are Social shows social networking penetration of 25% in Asia-Pacific.

With all forms of activism, if the aim is to build a sustained movement or support a campaign over an extended period of time, campaign leaders must strive to take activists on a journey toward deeper engagement. For Nathan Woodhull, in fact, the petitions that receive a lot of criticism were a starting point. “It never ends with a petition”, he explained. “But organisations need them as a way to find their people”.

Big international NGOs operate a different model to the newer and more agile campaigning start-ups emerging around the world. This structure can be challenging, but there are also benefits. Danny Sriskandarajah, Secretary General of Civicus, said that it is possible to both tap into citizen voice in new and creative ways whilst harnessing global networks and “institutional muscle”.

Delivering effective global campaigns is a balancing act and different models are being explored and discussed. Some interviewees highlighted examples of organisations that did seem to be deploying effective models for global campaigning. Greenpeace’s campaign to protect the Arctic, for instance, was identified as an example of an interesting global campaigning model. The campaign set a broad and simple headline agenda, and then enabled campaigners to build, and own, independent campaigns (including coalitions) nationally.

Celine Charveriat at Oxfam International stressed the importance of giving greater agency to supporters. She highlighted the added value of big international NGOs backing research, media, strategic advocacy guidance and insider opportunities that can supplement popular mobilisation around the world.

Finally, the interviews led us to set out four questions for big international NGOs to explore as they set their goals for adapting to these new campaign paradigms:

Have comment or feedback? Let us know your thoughts. Check out the full report, courtesy of the authors and Save The Children, here.