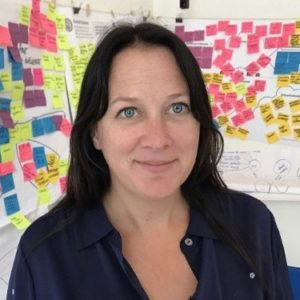 We’ve seen a growing recognition across global Greenpeace and allied organisations that campaigners need a more efficient and inclusive process for campaign planning and design – one that focuses on helping people build power, supports innovation and testing, and is responsive to rapidly changing landscapes.

Tim Brown, IDEO president and CEO, describes design thinking as a “human-centered approach to innovation that draws from the designer’s toolkit to integrate the needs of people, the possibilities of technology, and the requirements for business success.”

Over the past six months, the MobLab piloted this new process with three Greenpeace offices (Mexico, Brazil, Southeast Asia) across different campaign areas, and we’ve taken the first steps toward applying it to a distributed project involving four national/regional offices (NROs). 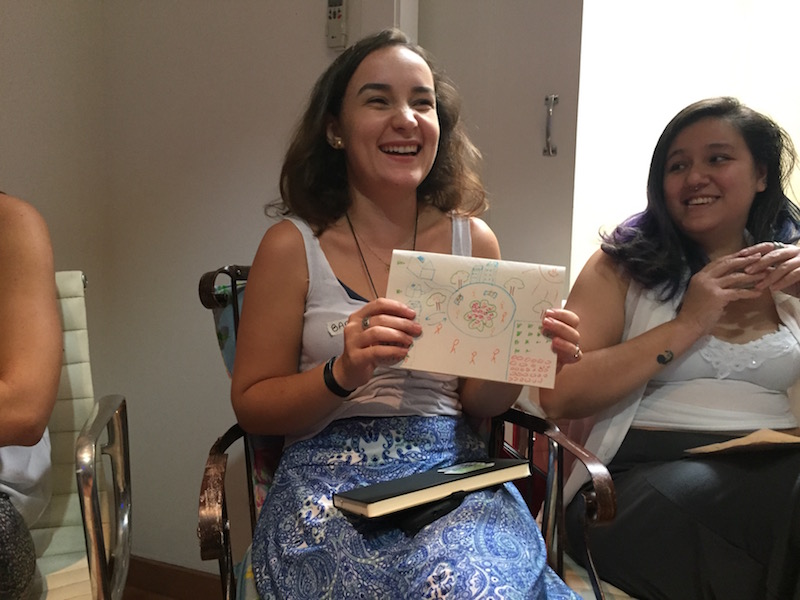 Creating and implementing the Campaign Accelerator has been an incredible learning journey that we hope others can benefit from. (Jump to the end to find out what’s next.)

There’s a strong appetite for participatory planning approaches. Team members like being involved and project leaders like having a way to bring teams together to surface new ideas and connect with allies and partners. Senior managers like seeing quick turnarounds and tested ideas.

Bringing people into the planning process makes our plans more people-centric. That may seem obvious but we don’t typically see this happen. The end result: diversity of perspectives bring us a stronger strategy and better ideas. In each workshop we found strong contributors (creative, strategic, etc) among those who aren’t typically included in campaign planning due to role or structure.

“Being part of this workshop rekindled my motivation and energy to work for Greenpeace.”
–Greenpeace Southeast Asia Finance participant

It’s possible to build stronger teams and better strategy in less time. The Campaign Accelerator proves that everyone can collaborate on developing entire campaign strategy, rather than the “specialist” approach in which various roles or departments contribute separately. The result is greater alignment, stronger teams, and more ownership over the entire project.

“A chance to see outside the “Greenpeace way of life” … feel what the people talk in the streets, FOR REAL.”
– Brasil participant

“Going to the field, going out from our desks and out from the computer and facing the people directly was very useful because we had the chance to break those bad assumptions we had about audiences.”
– Mexico participant

Increased transparency and participation in strategy development creates a stronger team with higher alignment. Strategy is often developed (and kept) in the head of one or two people. We’ve found that working with diversity of staff and following a trusted process forces thoroughness and enables peer review. The inclusive approach empowers more staff to contribute to planning and moving implementation forward because they understand the “why” and not just the “what.”

Scheduling is challenging. We typically spend months planning projects amidst other priorities but getting people into the same room for 5 days is hard. Leaders can help by prioritising this collaborative, fast approach – empowering staff to allocate time for an intense week of  strategy development, ideation, and testing. 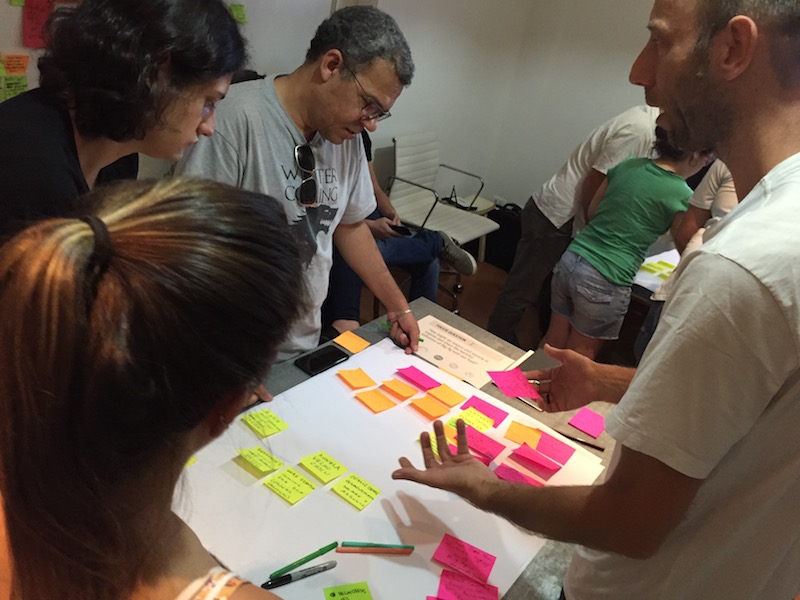 We’re stuck in a rut with audience research. Too many campaigners, communicators and others across organisations have experienced too many vague or ineffective approaches to audience research (both qualitative and quantitative). As a result, many groups and staff have have a limited view of what’s possible when it comes to surfacing insights from potential audiences. We need to engage with people personally and not just rely on broad surveys. Personally connecting with our audiences throughout campaign design is key to creating campaigns that will engage them directly.

“It is super useful way to create a project based on what our audiences desire and want to see.”
– GPSEA participant

How do we further adapt the process to fit a wider range of the campaign lifecycle? Our work thus far has focused on phase between concept and pitch. How can we apply principles of this approach to other phases – e.g. earlier (pre-concept), later (post-pitch approval)?

We’re discussing these lessons and learnings with colleagues and exploring ways to scale and resource this program over the next six months so that more teams and offices can implement all or part of the Campaign Accelerator.

We’ve also completed the first phase of documentation for facilitators. The next phase involves creating open or do-it-yourself guides for each component so that more people can lead this process on their own – stay tuned!

What we learned over five years of transforming Greenpeace and building people power around the globe.

by Jed Miller and Cynthia Gibson

What do campaigners need to stay sharp, scale impact?

MobLab spoke asked hundreds of activists and leaders around the globe this question: What do campaigners need? 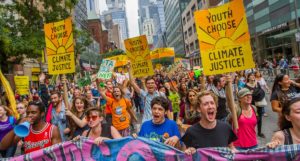