According to campaigners from nearly 40 countries in 2017, creative tactics and distributed organising were working, while there was a lack of inclusive coalitions and understanding of security. 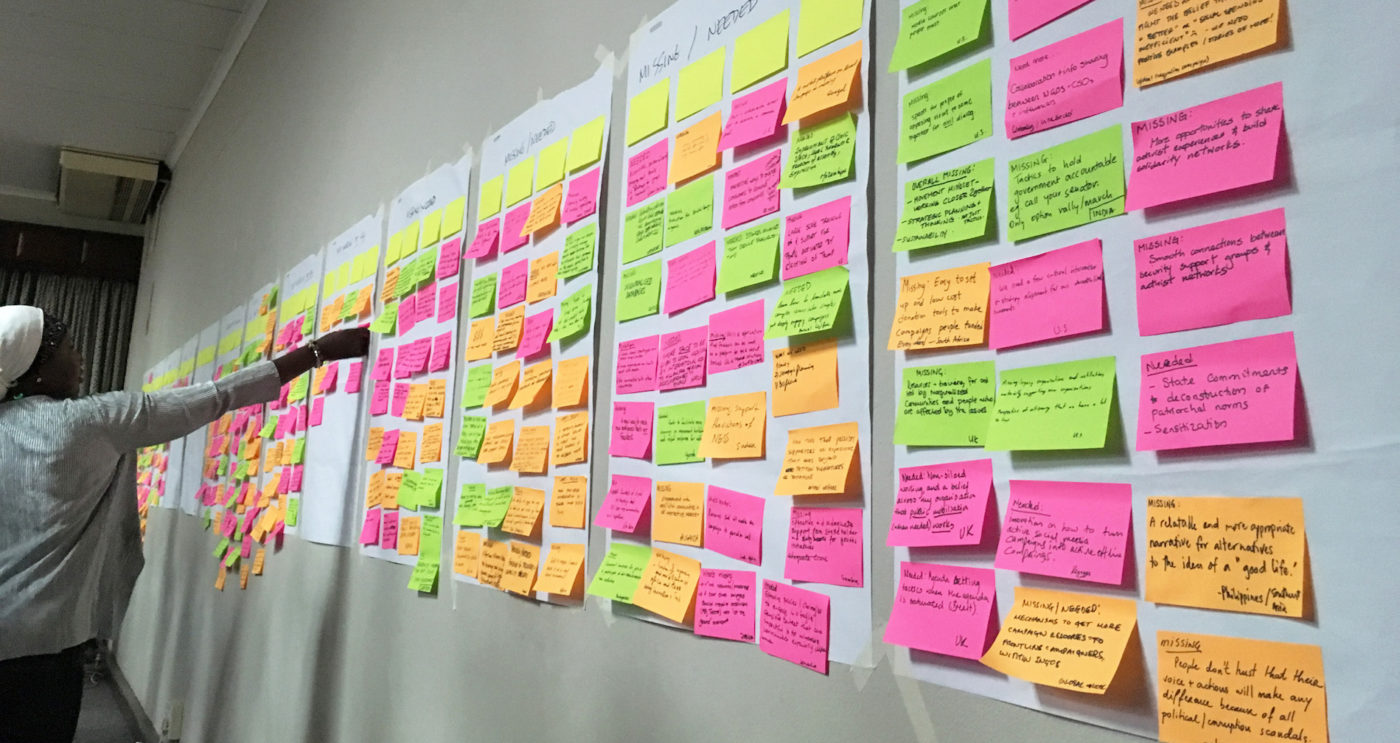 Over 110 social change campaigners from nearly 40 countries around the world gathered at CampaignCon 2017 to learn, share experiences and build the skills to grow movements and win bigger.

“How to transform couch activists into actual activists” was one of the first things social change campaigners gathered in Johannesburg this week for CampaignCon agreed they needed to solve.

During CampaignCon’s first morning, diverse activists from South Africa to Singapore (and 35 countries in between), led by a Global South majority, converged to unpack strategies, tactics, and tools they use today in roles ranging from technology leadership to mobilisation.

As a discussion on the global state of campaigning unfolded, common themes crossed geographic and programmatic boundaries, giving insight into how practitioners all over the world are working.

To know where campaigning needs to go to win, the first step was to find out where everyone had been, and this was done by unpacking three fields:

Tactics: Many people campaigning in Africa agreed that culturally creative tactics like song, dance, and arts that engage young people on their terms are working very well. Activists, particularly those from Australia and the U.S., highlighted the value of visual and personal storytelling.

Organising: Across the world, activists are breaking out of traditional silos and moving towards distributed organising models. How? In the US, campaigners are connecting across causes to mobilise people in multi-issue actions and campaigns (as with the Women’s March). Campaigners from India shared stories of working across age groups on an issue and building values-based coalitions. Both strategies proved successful. Australians in the room pointed out that local leadership training projects are developing activist capacity and scaling people power.

What’s not working so well (or at all)

Bridging on- and offline action: This conversation cast a bright light on working with “couch activists.” We identified the need to move relationships from social media into offline and active spaces–particularly when supporters are fatigued by online messaging. In some countries, like Kenya and South Africa, this connection was identified as missing entirely. There is a need there–and around the world–for innovative offline engagement and support. Many also felt that social media often reinforces the echo chamber of people who already share our views, instead of reaching people with opposing viewpoints.

Governments: Challenging the ruling government, connecting with them, or being heard by them in any way was a problem raised by many African activists.

Some collaborations: Activists feel coalitions are hard to maintain if there’s distrust of members within the group. (A possible solution to this is raised in the next section.)

Organising: Demand for experienced trainers and strategists globally is outpacing supply, reported many campaigners. Some added that letting new or inexperienced activists lead an advocacy effort means it is slower than needed, and can lead to a lack of strategy for mass mobilisation.

Closing civic space: Activists agreed that increasing pressure against social campaigning is a global challenge. Many shared specific examples from their work.

Inclusive, fair coalitions: African activists expressed a need for international NGOs to actively shift who holds power and resources in civil society, as it currently hinders local voices and approaches from emerging. This idea could help bridge the earlier concern of unequal power dynamics within coalitions.

More collaboration: This was one of the biggest needs identified (after connecting online and offline actions). Participants want to see:

Strategy: Activists feel strategic thinking is missing from campaigning, and often replaced by creative but less strategic tactics. There was also a strong call for decentralised campaigning models and more effective ways to measure impact.

Security and civic space: Participants (from every sector) expressed a need for a shared understanding of security risks and approaches. This was emphasised by a call for stronger legal protection and support for activists in Mozambique and Tanzania.

Tactics and tools: Some tactics are working very well and others are missing. Participants spoke to a need for ways to engage with rural communities in an interactive manner, creative (but respectful) ways to work on heavy topics that can make strong impacts, and more access to easy to set up, low cost donation tools.

Where to from here?

Activists are far quicker to discuss what isn’t working than what is–that’s what makes them activists, after all. Yet we found that identifying what’s not working (or missing altogether) can create opportunities to diversify and strengthen global social change.

Activists are ready to collaborate across fields if it’s done in an inclusive way. A call for co-creation can help us address what’s missing for many campaigns and activists. More collaboration can, for instance, increase security and activist protection in higher risk situations through shared knowledge, create more ways to connect on- and offline actions, and build creative tactics and tools that break out of our bubbles and win change.