What it means when victims lead (and why it matters)

How campaigners in Uganda, Hungary and the United States are creating stronger campaigns by becoming allies of victims and giving them power to lead. 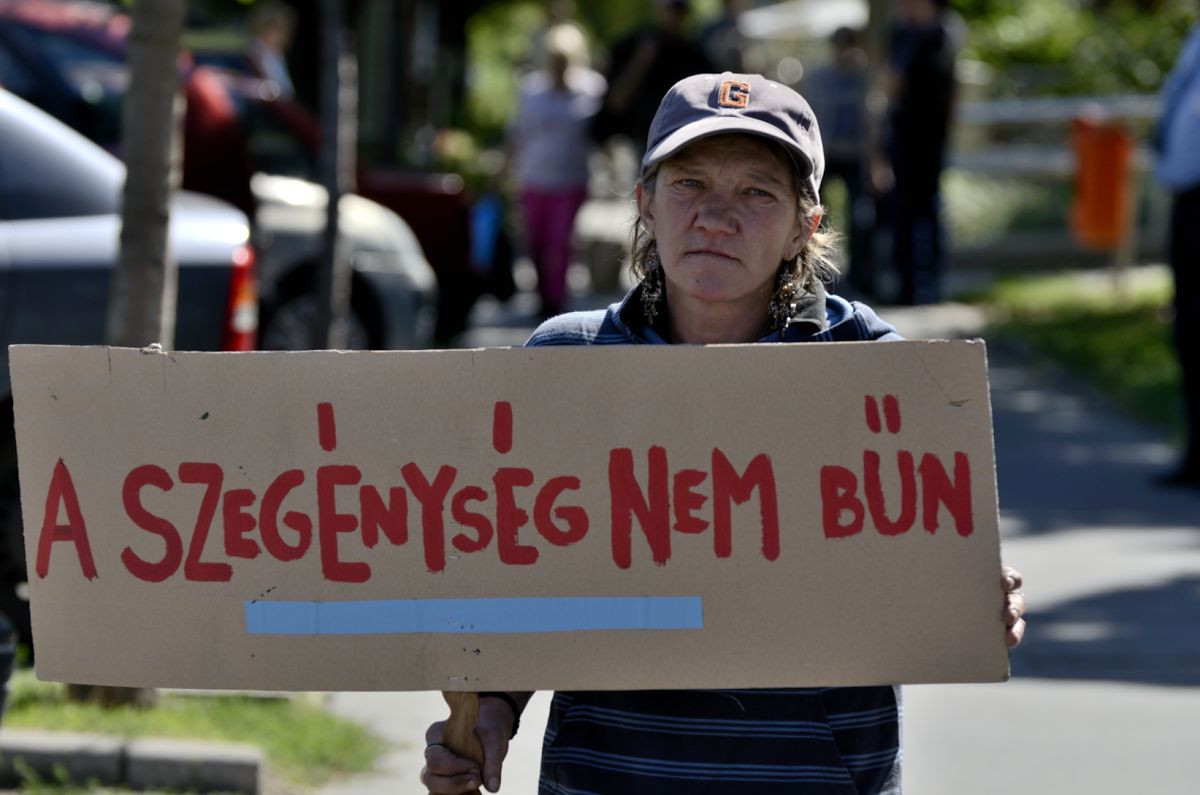 The power of many movements is derived from placing leadership in the hands of those victimized by injustices they aim to end.

The City for All movement based in Budapest has become a global voice on homelessness. City for All is led by homeless Hungarians, direct victims of economic and social injustice, while NGOs and other allies focus on support roles. In the U.S., Showing Up for Racial Justice (SURJ) organizes and mobilizes white people to support racial justice actions led by people of color.

In October 2015, just five months before another fabricated election in Uganda, a handful of youth activists identifying as New Uganda spent three weeks debating which 15 people to train in building a movement. They settled on participants who could activate their own circles: students, social media activists, artists, leaders of civil society.

Maybe this was a fatal error. Inviting people of supposed influence – educated people with expertise – proved mostly ineffective. The few of the New Uganda 15 who are still actively organizing are those who are poor and semi-literate. This led the trainers, who happened to be university graduates, to question their recruitment approach. 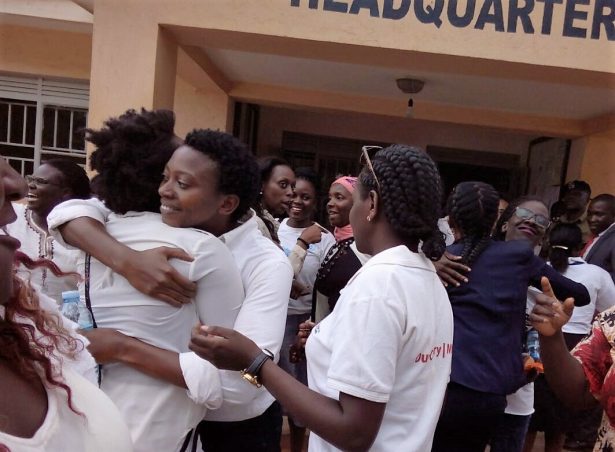 One of the trainers visited South Africa a few months later to learn from those who had organized against apartheid. She wondered why mass mobilization seemed impossible in Uganda – why their privileged members seemed unreliable.

“You can’t force a revolution,” explained organizer Jay Naidoo. “We educated people tried raising awareness among the poor, but nothing was getting mobilized. It wasn’t until Afrikaans was introduced as a medium of instruction – something which had a massive impact on their daily lives – that young people flooded the streets of Soweto.”

She decided to test this advice with her trainees. She asked those few active trainees what mistakes the training team had made and how they could adapt.

“We have to get out of these offices,” suggested taxi driver Farouk Minawa. Those in the room nodded their heads in consensus. They had no will to wait for privileged sympathizers and bureaucratic allies like civil society organizations to get on board.

The young movement has since started fundraising among the poor and unemployed. They noticed that campaigns taking off from the grassroots are stronger and can better manage external allies who jump on board. This is a change from traditional ally-initiated (or led) campaigns.

Why women won in Kampala

Activism is often associated with males – or at least with supposedly masculine traits like aggression, competition and rage.

Yet a group of ladies, having lived under the double oppression of patriarchy and dictatorship, are making more strides in political change than their more numerous male counterparts. An intergenerational new movement of two dozen females managed to force the scrapping of a Parliamentary bill to raise age limits for judges through their debut action in Kampala, Uganda’s capital city.

Women from civil society organizations and unions congregated at National Theatre to undertake a prayer march around Uganda’s Parliament. They were stopped by irate anti-riot policemen, water cannons and other heavy duty machinery. 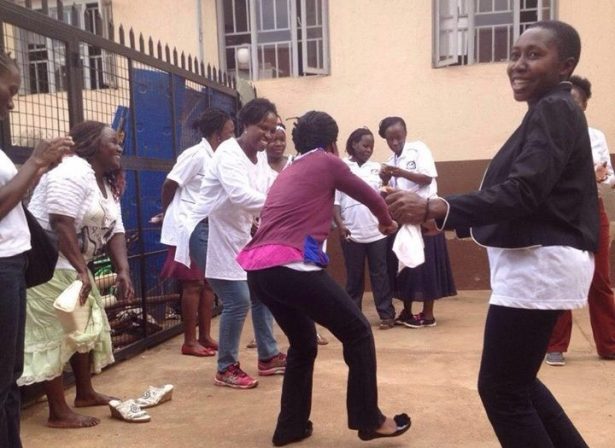 When one was thrown onto a police truck, her fellow protesters – including some physically limited retirees – demanded they also be arrested. At the police station, they sang songs and danced loudly until their commotion resulted in their release.

Hours later, the speaker of Parliament scrapped the bill.

While male youth activists in Uganda often take to the streets without much of a plan, these ladies prepared for the worst. They obtained written permission from police to conduct the march, and even when it was thwarted, lawyers, human rights organizations and media were on call to deal with the aftermath.

Those most oppressed by the system – in this case, Ugandan mothers – are those best equipped to dismantle it. In their daily lives, they are working through the logistics of doing the necessary even in the face of seemingly insurmountable risks and challenges. Once they are determined to act, they are unstoppable.

A dog in the fight

The oppressed and their allies are not clear-cut groups. There is plenty of grey area. However, you might discern whether your campaign is too heavily weighted with allies by assessing the motivations of your members.

Ask them why they want to be a part of your campaign. People of privilege often reference beliefs and values, such as solidarity, justice, or annoyance with a particular law they want to strike down.

When direct victims are asked about their motivations to participate in a campaign, they will often share a story of how a particular injustice has affected loved ones or themselves.

In other words, they have a dog in the fight. They stand to gain something from the success of the campaign. They are more likely to give everything they’ve got to it.

This is one reason many labor unions are effective. Failure of their strike to increase salaries, for example, will mean no food on the table. They must wrestle it out until their demands are met. Ally-led campaigns have much less longevity. This seems an obvious insight, but it is far too often neglected in people-powered campaigns.

Structures to support allies and victims

Almost every movement has at least a few intellectuals or people of privilege, and they surely bring irreplaceable strengths and perspectives to their struggles. How can these allies create space for bottom-up movements to flourish?

Only the homeless and housing insecure are allowed to be members of the movement. We allies are not allowed to vote at meetings.
–Bálint Misetics

The City is for All movement in Budapest is led by homeless Hungarians. Through advocacy initiatives and civil disobedience, it changes public perceptions of the homeless and pushes for structural change to benefit its members. Its model for decision-making puts power in the hands of victims.

“Only the homeless and housing insecure are allowed to be members of the movement,” says Bálint Misetics, a movement ally. “We allies are not allowed to vote at meetings.” Meetings occur in face-to-face environments, as not all members have email access.

Allies provide other forms of support, such as participating in blockades of foreclosures. However, they are restricted from playing other roles, such as representing the movement at press conferences.

City is for All has become one of the world’s most prominent movements focused on homelessness. Its successes can be, at least in part, attributed to its internal processes.

Composition within a movement is one consideration, but alliances between movements of varying degrees of privilege takes the idea of victim-led campaigning to the next level. How might movements in the north and south relate to one another? Or Muslim movements and Christian movements? 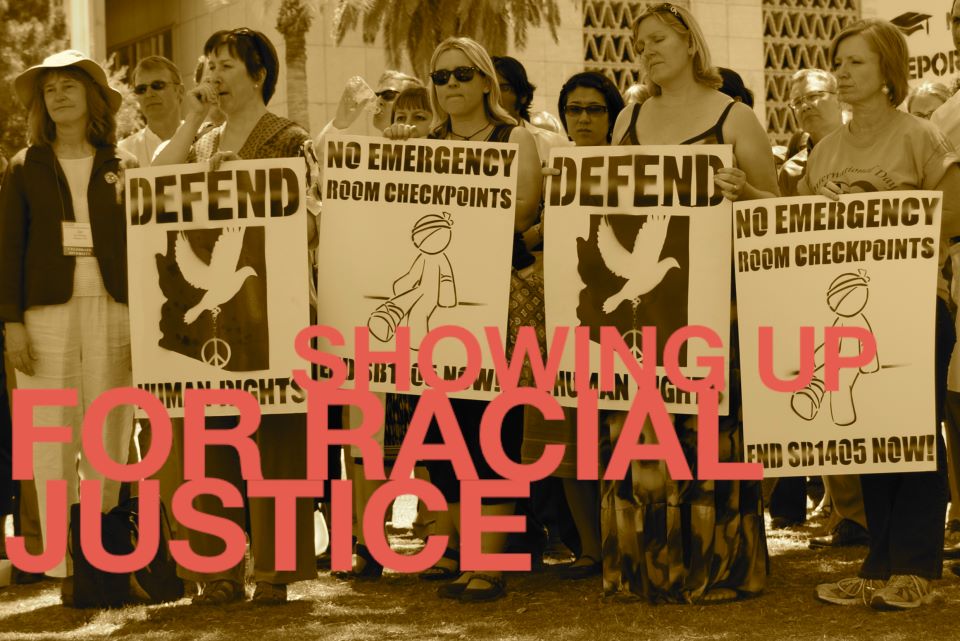 Showing Up for Racial Justice is a network of white people organizing and educating other white people on matters of social justice, especially racial inequality. While Black Lives Matter and other black-led movements are building power in the United States, SURJ has found its niche. Instead of stealing the spotlight, they are crippling the power of white supremacy from within.

“The work has been driven by the urgency to grow the numbers of white people challenging racism and creating a visible, different way to be white for other white people to gravitate to,” said SURJ national leader Carla Wallace in a 2015 interview. “Our sisters and brothers of color asked this of us in 2009.”

What are some ways your own campaign can better democratize its decision-making by defining the roles of victims and more privileged members, or by identifying roles for allied movements to play?

Raise her voice: Why strong non-binary and women’s voices matter for movements

Women's voices, non-binary voices, gender non-conforming voices. All have been excluded from campaigns. A conversation about why changing this matters. 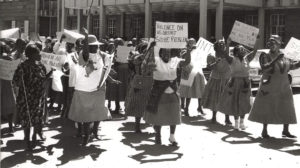 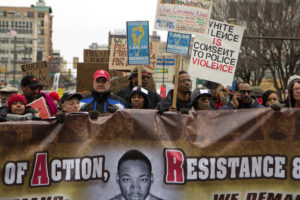