Three trending innovations in mobilisation, from Greenpeace and its allies 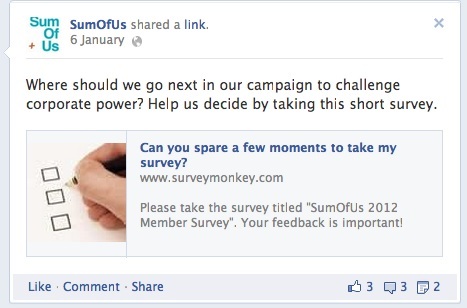 Earlier this year, The Mobilisation Lab at Greenpeace partnered with The Engage Network to embark on a 4 month community-wide listening to collect “bright spots” or positive trends and stories in Greenpeace’s global mobilisation efforts — and to surface innovations in people-powered campaigning that can help Greenpeace and its allies win bigger.

Here are three of the most promising and exciting trends that we see emerging:

(You can watch the full Innovations in Mobilisation presentation that Greenpeace staff are using with their teams here.)

We’ve seen successful campaigns that rely on strong citizen participation and people power for decades prior to the digital era. But most of these people-powered campaigns are typically designed by professional campaign or NGO staff. Over the past three years, however, we’ve seen a dramatic increase in the number of campaigns that originate from, or are generated by ordinary individuals or supporters.

We said to our supporters ‘Go into the Facebook and Twitter accounts of Chevron and ask what they are doing in our waters’.  One hour later, Chevron released it’s first official statement on the leak.  It was great.  The people were happy they could do something.  They were Brazilians who knew nothing in English but were writing on Chevrons’ facebook account.  It was incredible to see.

Supporter-sourced campaigning is on the rise amongst Greenpeace and its allies. New tools increasingly allow individuals to take on the issues that matter most to them. This growth raises several questions for large, established NGOs: What are the best ways to engage this new energy? Will level of influence should supporters have over the organization decision-making? And how does this more democratized campaigning approach fit in parts of the world where political systems or culture dictates that people follow rather than lead?

With the recent meteoric rise of online citizen petitioning platforms like Change.org, it’s easy to forget that the ability for people to easily start a campaign that might go national or global is a relatively new concept.  Prior to these tools, it could take grassroots leaders weeks or years to convince a national organization to support their effort. Women in North Carolina, USA, for example, spent years trying to convince national organizations that toxics were being disproportionately dumped in communities of color in the United States. Today, leaders of the environmental justice movement might have aggregated their power and voices more quickly.

Greenpeace and others are increasingly investing in tools that facilitate volunteer organising. Vanessa Von Donselar, a mobilisation staffer with Greenpeace Netherlands has been one of the driving forces behind the creation of an innovative new volunteer platform (and program) called Greenwire.

Greenwire, an online networking platform, enables volunteers to exchange and work on projects together. At team of volunteers recently used the platform, for example, to successfully launch and coordinate “Zero Plastic Week,” an initiative challenging participants to refrain from using plastic for a week. (Read more.)

Another supporter-sourced campaign success comes from from a volunteer named Frank, who won successfully launched and won a campaign to ban the use of Monsanto RoundUp in The Hague, Netherlands, with support from Greenpeace campaigners.

Beyond these supporter-generated campaign successes, Von Donselar has benefited from being able to co-create with supporters — essentially sharing her task list or campaign needs with supporters and working with them to develop solutions.

There is a community of people who co-create with me, they are people that have jobs in technology and marketing.  They are community managers, helping me build, sharing what to do next.  It’s a very close and effective team who actually takes tasks off my to do list which is shared publicly on Greenwire.

We spoke with a range of NGOs beyond Greenpeace that are also forging ahead with innovative platforms that enable volunteers to connect with one other or start their own campaigns.

Organizations are increasingly embracing the notion that they don’t have all the answers among their paid staff — no matter how many experts they can afford to hire. These NGOs are finding new ways to open themselves up to the collective intelligence of thousands (or millions) of individuals and supporters in their networks.

Here are several examples of organizations that consult their support base to strengthen their campaigns.

350.org provided us with strong examples of how they manage the unique balance between centralized planning efforts and the contributions of empowered supporters. Many might label 350.org as a democratic organization that is responsive to supporters, but co-founder Phil Aroneanu explained, “we are not a democratic organization; we make decisions based on the best information we have at the time, including from conversations with various leaders and activists at every level of the movement.”

350.org employs a deep consultative process with supporters to continue growing a strong and flexible local leadership base. Staff float strategy ideas in public venues, and then arrange for conversations, debates and ideas sharing with grassroots and other movement leaders.

Here’s how it works: The leadership team (staff) brings an opportunity to the table (e.g. Keystone pipeline fight); the staff then consult with grassroots leadership/activists on the potential campaign and encourage dialogue and debate that serve to further the organization’s thinking. Volunteer leaders become inspired by the central organisation and have a vested interest in seeing what happens next. Volunteers know that their voices were heard but that ultimately the central organization makes the final decision so that everyone can moves forward together as one network.

In this consultative process, 350.org provides a high level of access to lead activists. Staff always answer the phone for volunteers and engage with grassroots leaders in a personal way (they call this process “Radical Transparency”). The organization also invests in a critical mass of highly trained core leaders (i.e. people so trusted that you’d consider giving them business cards) as key mobilizers and conduits for millions of other people to make impact. 350.org currently boasts approxiately 1,000 of these core leaders in the United States and another 1,000 outside the U.S. They have another 5,000 people that they can count on to take action whenever needed.

Many know Greenpeace for its risky, non-violent direct actions that help define issues and raise awareness. But far fewer know that these actions are powered by ordinary individuals who commit themselves to these extraordinary actions. In many areas of the world, Greenpeace relies on volunteers who become highly trained over time and develop deep connections to one another and who are a strong community of friends that extend the ability of what Greenpeace can do. 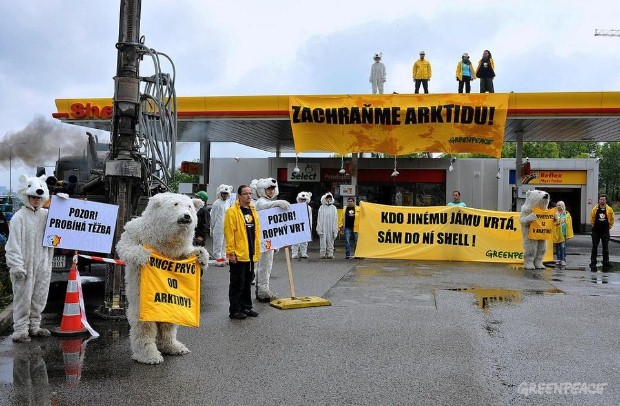 Richard Martin was a direct action regional volunteer coordinator and a member of one of the tight-knit groups in London for Greenpeace before becoming the staffer responsible for building the UK Digital Network Developer who helps build online and offline volunteer networks.  Martin says there are no shortcuts or easy ways to developing a powerful and committed volunteer base: “The size of [your] network is dependant on hands-on staff support, mixed with a multiplier which is trusting people to organise others, and act in the name of Greenpeace.”

Martin and his colleagues in other Greenpeace offices around the world offer countless examples of highly trained and trusted local Greenpeace groups taking responsibility for campaign work that central or paid staff would never have the resources or scale to execute. See these images (and these) of local volunteers risking arrest to shut down Shell stations around the world to save the Arctic from drilling.

Similarly, staff at Invisible Children (IC) credit the incredible momentum and near-instant virality of their Kony 2012 campaign with IC’s deep commitment to building a powerful grassroots network — specifically, developing strong relationships with supporters on college and high-school campuses. This investment in building networks gave them a deep knowledge of, and connection to, their base, which ultimately made their latest campaign catch fire.

Michael Poffenberger, Executive Director of Resolve, an IC partner in the Kony2012 effort, and Lisa Dougan, the Director of Civic Engagement for IC, recently attended of a “Spark Summit” event sponsored by the Mobilisation Lab and explained how the Invisible Children network invests tremendous time cultivating volunteers and leaders.

Core to Invisible Children’s organizing strategy is a series of ongoing campus tours in which vans of college-age students travel to schools, screen the organization’s media, and spend time really getting to know the local activist leadership. Prior to Kony 2012, the IC grassroots leadership network had already done considerable outreach both online (primarily via social media) and on the ground. Tens of thousands of IC supporters also participated in an event called “The Rescue,” where they simulated in local communities what it was like for a child to be abducted by Kony’s militia and called on political leaders to come to the rescue of Kony’s abductees.

The Kony2012 video growth charts and this visualization and analysis by SocialFlow shows how many of the IC grassroots hubs and social networks led the way to the film’s viral growth. Staff at IC and partner groups were caught unprepared for the rapid and unprecedented growth of the video, but its spread can be attributed in part to this strong base that was deeply connected to the national organization. Other critical factors to the video’s success — and discussed at length elsewhere — include a strong, simple narrative story line (whether one agrees with it or not) and social media mentions/endorsement from influential celebrities like Oprah Winfrey and Justin Bieber. The campaign specifically targeted 20 celebrities who they called “Culture Makers.”

The growth and sophistication of online tools that help networks share and connect is moving into a new generation.  At the same time, in a world where much has become transactional, the ability of people to sit in a cafe, eat food, talk and get to know each other more deeply makes a difference in the level of work they will do together.  A recent study of social ties on facebook shows that friends influence whether friends will vote.  The study also shows that those that you are closer friends with have more influence.

According to campaigners from nearly 40 countries in 2017, creative tactics and distributed organising were working, while there was a lack of inclusive coalitions and understanding of security. 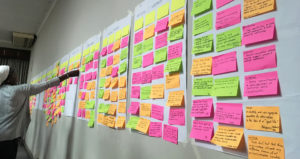 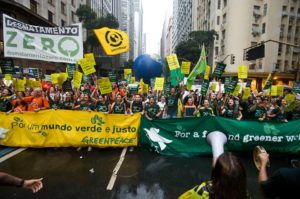 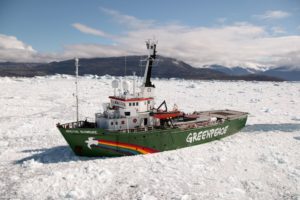